This colorful fellow unexpectedly appeared in lobsterman Sheldon Trenholm's trap in Antigonish, Nova Scotia on Friday. At first, Trenholm told CBC news he didn't know what the astonishingly blue creature in his basket was. When he realized he had caught one of the rare blue lobsters, he snapped a few photos and tossed the little guy back into the ocean.

You've got a one in 2 million shot at finding a blue lobster, according to the University of Maine [pdf], though they do pop up from time to time. Even more rare are the calico lobsters, which represent one in every 30 million lobsters. But do they taste the same on French toast?

Check out this freaky beast in the molting process, where they become almost translucent: 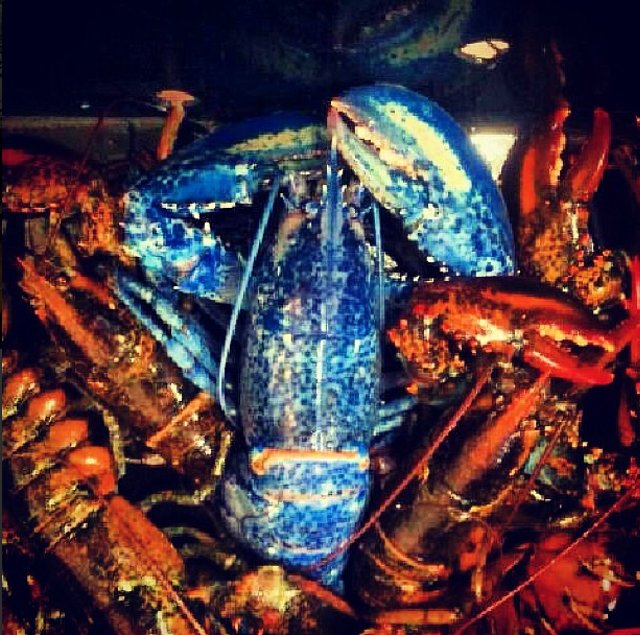 #blue lobster
#freak of nature
#lobster
#nova scotia
#shellfish
Do you know the scoop? Comment below or Send us a Tip
A new Gothamist is coming! We’ve moved comments over to our beta site. Click here to join the conversation and get a preview of our new website.