Rockaway Beach proper is having its issues in the early going of Summer 2018 with a prime stretch of the beach closed, but just a couple of miles to the west Jacob Riis Park opened strong this past Memorial Day weekend. There were large but manageable crowds lounging and frolicking before the park’s charmingly decrepit Art Deco buildings. There were vast expanses of that sweet, sweet sand. And, as has become custom out here these past few years, there was a lot of very good food to eat (and plenty of booze to drink) all along the concrete boardwalk, curated by the Riis Park Beach Bazaar. Here’s a look at all your food options at Riis Park this summer, including offerings from a couple of notable newcomers. 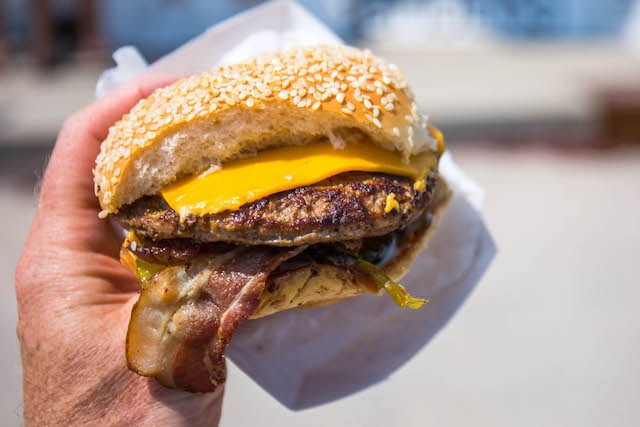 One of the new Riis rookies is Two Dudes, a burger and fries shack from a former line cook of the excellent Rippers in Rockaway, Tyler Wright. They're located next to the abandoned hospital around Beach 149th, and as such, they've got a virtual food monopoly at Riis's popular gay beach. Two Dudes, unfortunately, wasn't quite up to par on opening day. They ran out of fried chicken two hours into things, and served a sad excuse for an $11 burger, a meager grey patty of overcooked meat unimproved by under-melted cheese and flaccid strips of bacon. The community deserves better, Two Dudes! 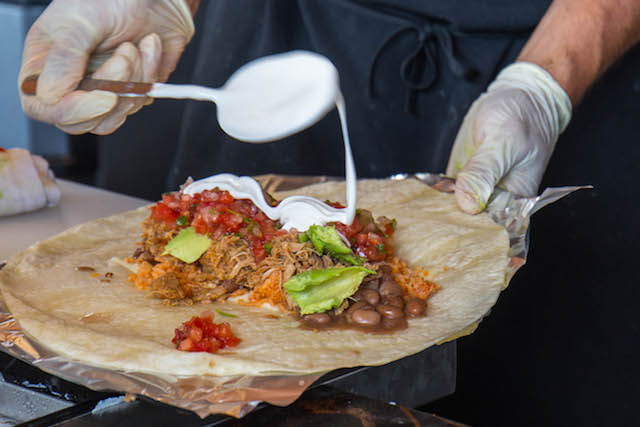 In better news, the superb Super Burrito opened its second outpost here on the peninsula, sharing a shipping crate with a bar near the iconic Old Wise Clock. Specializing in monster-sized, San Francisco-style burritos (your choice of meat, rice, and beans with an array of sauces all stuffed in soft flour tortilla), owners Sam Neely and Eugene Cleghorn put a ton of love into their operation, and manage to keep the prices reasonable. There are also slightly smaller quesadillas and "bowls" to be had, if you're feeling dainty. 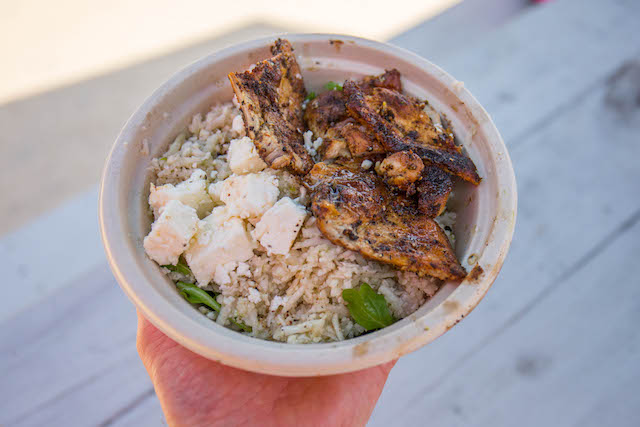 The main concession area, called Bay 9 East, is filled with some familiar names from last year, but the lineup is well worth visiting again and again. In fact, the single best thing I've eaten over two weeks of beach feasting was here, a Cauliflower Rice Bowl from local outfit Cuisine by Claudette. Called the "Jessicauli," it's a hefty container of cauliflower rice (which is just cauliflower, but in rice-sized bits), chunks of roasted lemon chicken, toasted chickpeas, a generous helping of feta, and a sweet vinaigrette. This is light, lively, and delicious. 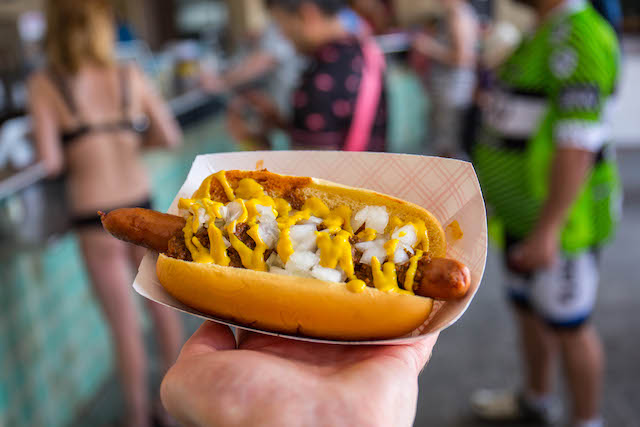 Also at Bay 9 East, Max and Eli Sussman are back with their crowd-pleasing menu at Ed and Bev's, featuring chicken tenders, burgers, cheese fries and a first-rate Coney Dog, the snappy tube steak smothered in chili, mustard, and onions. Rockaway Clam Bar, from Red Lobster Pound founder (and Rockaway local) Susan Povich is slinging plenty of fried shellfish, but also has a classic(ish) lobster roll on offer. Gowanus favorite Fletcher's brings the barbecue, and the great Ample Hills scoops out their frozen delights here as well. 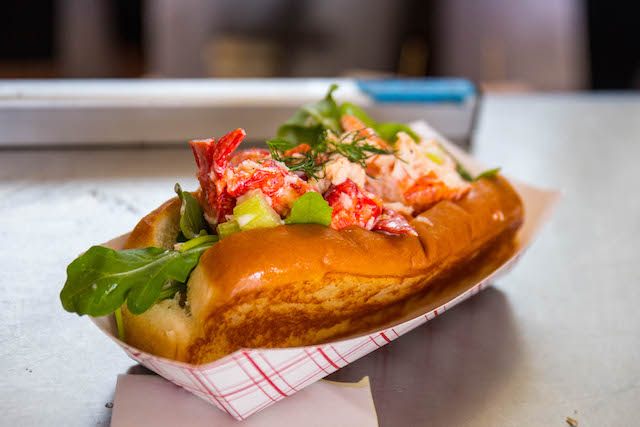 Sausage Hero and the Trop Pops cart (selling frozen fruit dipped in chocolate) are right nearby the above; mobile specialists Pizza Moto are taking over the pizza duties from Whit's End this summer at Bay 9 West; and over by the Fort Tilden entrance (Bay 14), the Oaxaca Tacos truck is holding things down solo until a Bangkok-street-food vendor Warung Roadside joins them in July. 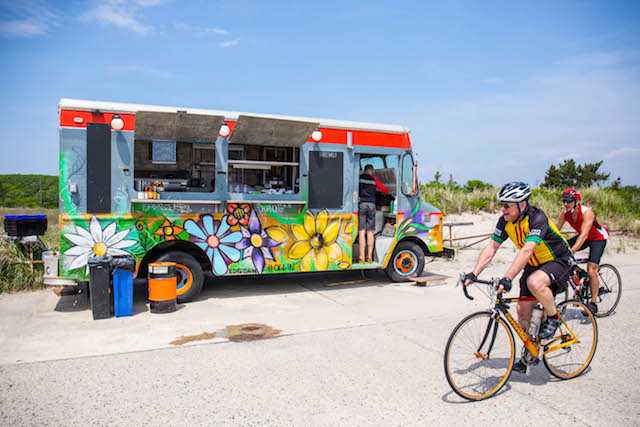 It's worth saying again: in addition to all the great food and good vibes, there are acres of soft, sandy beach here at Jacob Riis Park, even in the prime locations by the waves. Yes, it's primarily a car beach, unfortunately, but you can also take the Rockaway shuttle train to Beach 116, then the Q35 bus to Riis, adding only about 30 minutes to your journey, depending on bus-luck and how far you feel like walking once you get here. Or splurge on the American Princess ferry which docks a short walk away. Worth it if you're planning on a big, classic beach day. Alternatively, you can take the $2.75 NYC ferry, which docks about four miles east at Beach 108th Street, then catch a FREE shuttle (or MTA bus) to Riis.

And here's our guide to other NYC area beaches (and what to eat if you hit up Rockaway this summer).

#beach food
#jacob riis beach
#rockaway
#summer 2018
#original
Do you know the scoop? Comment below or Send us a Tip