Your Guide To Gov Ball Food (And More!) It's going to be blast jumping around all weekend to Tyler the Creator, The Strokes, Lil Wayne, Major Lazer, The 1975, Nas, Florence and the Machine, Vince Staples, SZA, and all the rest of the stacked lineup at the 9th annual Governors Ball festival taking over Randall's Island starting right now. But almost as exciting as the music is all the amazing food you'll be eating while lounging on the soft grass in the glorious sunshine with your best friends.

There are more than 65 different food vendors at Gov Ball this year, slinging their stuff all over the sprawling grounds, so even the most dedicated 3-Day-VIP-Pass attendees will have a tough time hitting all the spots. I've only been here about two hours, but so far I can personally recommend the juicy fried pickles at the Big Mozz and Grillo’s collab booth (don’t worry, Big Mozz has a separate cheese stick stand too) and the eye-opening affogatos courtesy of Davey’s ice cream and Rise coffee.

The great Mekelburg’s is at Gov Ball for the first time, making a phenomenal Hot Chicken Sandwich and their signature, sweet and gooey Chocolate Babka Bites. Chinatown’s Milk and Cream makes a debut appearance as well, serving their cereal-topped soft serve creations.

This year there is also a Gov Ball Brunch program, "which will run each day from 12 to 3 p.m. and play host to some exciting and limited quantity dishes." Other notable newcomers include breakfast tacos from King David, lobster rolls from Cousins, and hot dogs from Westchester favorite Walter’s. Soft Swerve, Ramen Burger, New Territories, Roberta’s, Destination Dumplings, John’s Juice, La Newyorkina, Melt Shop, David’s Cafe, San Matteo, and Taqueria Diana are also all certain to figure into my personal Gov Ball weekend feast. Click through for a quick preview of some of these items. 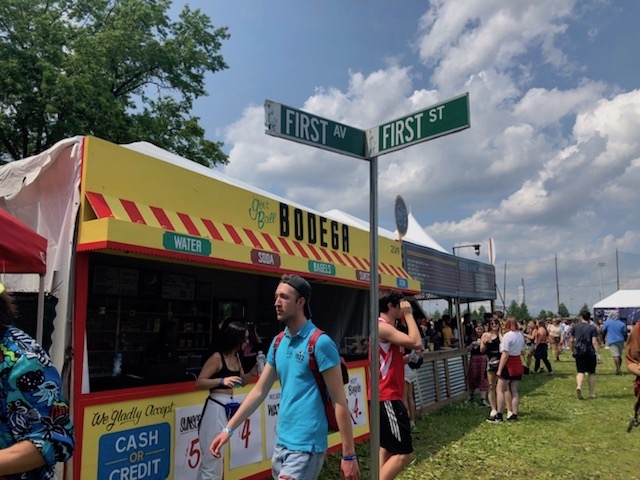 The bodega is at the nexus of the universe. (Scott Lynch / Gothamist)

And there’s a Gov Ball Bodega this year. It’s ridiculous looking, of course, but you can purchase overpriced chips and drinks, “morning bagels,” sunscreen, deodorant, and $2 flower crowns there. There are also fake bodega cats.

In addition to all this vital food news, here are a few tips you should consider if you're heading out to Randall's Island at any point this weekend, which you should be doing, because life is fun at a festival (if you don't hate summer). 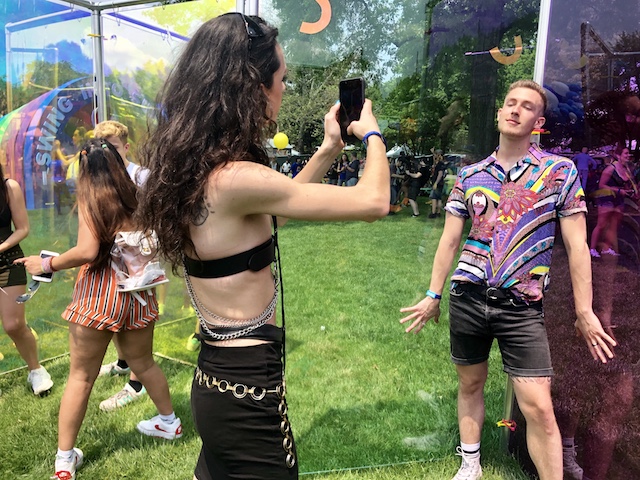 We'll have further updates throughout the weekend, stay tuned...

#festival
#food
#gov ball
#gov ball 2019
#governors ball
#original
Do you know the scoop? Comment below or Send us a Tip