The dreams of dog-loving New Yorkers are one step closer to reality now that the state Senate has passed a bill allowing canine companions to join their humans at outdoor cafes. The bill, sponsored by a Republican senator from Long Island, was passed yesterday, with matching legislation by a Manhattan Assemblywoman Linda Rosenthal being introduced soon, reports the Post. If Cuomo deigns to affix his signature, there could be pooches enjoying eggs benedict at sidewalk cafes over the city.

The problem up until now has been the state and city health codes, which banned dogs from food-service establishments unless they were official service animals. According to the bill, however, "the overall public health risk of pet dogs in outdoor dining areas is very low as long as safety, sanitation and hygiene practices are enforced." Dogs will still be banned from entering the interior of the establishment, and they would only be allowed in a back yard if a separate entrance is provided.

Up until now, bars and restaurants that flaunted the law were subject to fines from the DOH—even if the place doesn't serve food!—making it tricky for owners. Restaurant owners are mostly excited that there will be definitive guidelines for pets and their place in restaurants. "There's a lot of cloudiness around it, and someone needs to clear it up," said a manager at an UWS cafe.

Even if the law passes, it won't necessarily mean that dogs will be welcome at each and every restaurant and bar in the city. "One of the great things about the bill is that it's not a mandate," explained Linda Rosenthal, the bill's champion in the Assembly. "They don't have to do it. They can choose to do it."

Who could say no to this face? 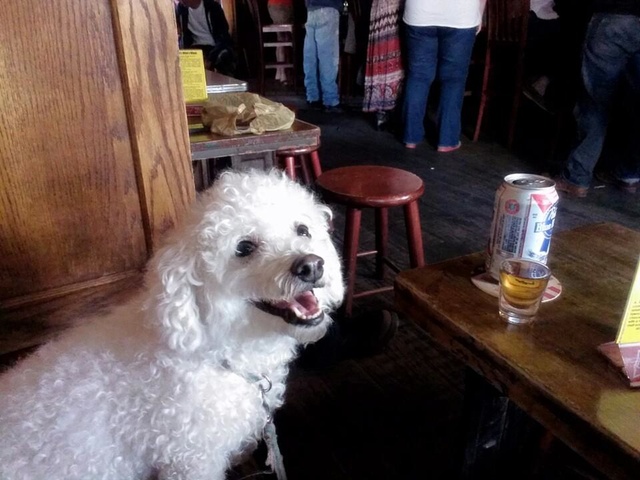 #Albany
#dogs
#New York Senate
#outdoor cafes
Do you know the scoop? Comment below or Send us a Tip