Petra Paradez, the "Petee" behind the phenomenal Petee's Pies, unquestionably bakes some of the best pastry in all of New York City. But up until now the only way to eat her sweet flaky treats was to either bring a whole pie home (not a terrible fate) or wolf down a slice or two at a narrow counter looking out onto Delancey Street (also not a tragedy). Wouldn't it be nice, however, to sit and enjoy your slice of Salty Chocolate Chess or Wild Blueberry or Coconut Cream in a comfortable chair on a patio outside somewhere, sitting under a shady tree, with maybe some birds singing?

Enter Petee's Cafe in Brooklyn, Paradez's large and lovely new shop in Clinton Hill that not only has a lunch-counter-type set up inside, but also features an exceptionally pretty and verdant garden area in the back. This is the former Pillow Cafe space, if you're familiar, and while the layout is essentially the same—counter seating on the left, tables on the right, keep going if you want to eat outside—the furnishings and fixtures are all new, the pastel pink and green palate chosen by Paradez, and the garden is lush with recently potted plants, veggies and herbs. 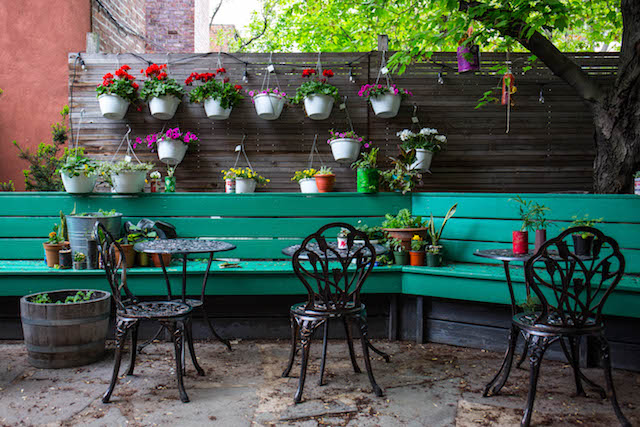 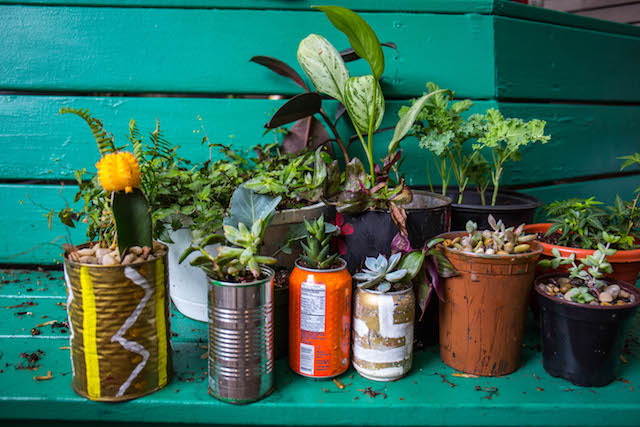 The menu at the new Petee's is, unsurprisingly, dominated by pies. Ice box pies (the Azuki Black Sesame is a personal favorite in this category), custard pies, nut pies (the Brown Butter Honey Pecan is a guaranteed good time), fruit pies, chess pies (the Black Bottom Almond Chess is spectacular). I first started eating Peete's pie in the summer of 2014, and over the years and through many, many different slices, it's never been less than a delectable experience. She nails it every time.

But the most exciting news about Petee's Cafe may be is the inclusion of multiple savory options, making this a legitimate full-meal destination. There's an array of sandwiches involving Paradez's craggy, buttery biscuits, for example—the one with the juicy sausage patty and zippy homemade pepper jelly is an instant contender for best breakfast sandwich in town. 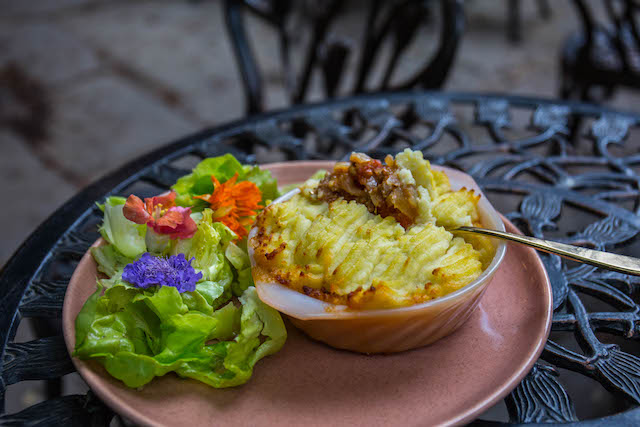 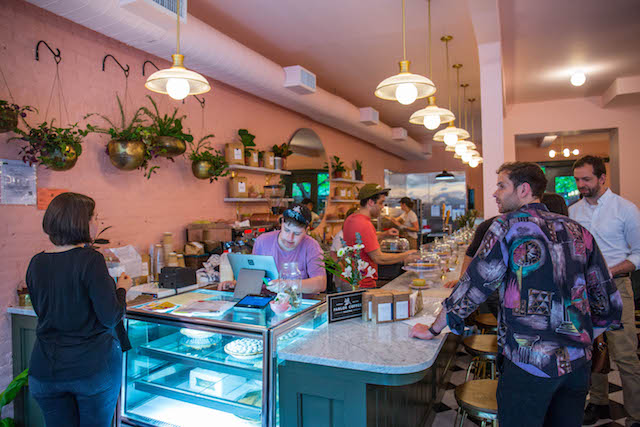 The Shepherd's Pie, in general a woefully under-offered comfort food, is also terrific, a riff on Moroccan lamb tagine with notes of lemon and dates, tumeric and cardamom. Next time, though, I'm trying the Muffuletta, for which Paradez stuffs her homemade bread with mortadella, salami, and soppressata from the great Meat Hook.

Beer, wine, and even "boozy pie milkshakes" are all coming soon.

#backyard
#clinton hill
#petee's cafe
#petee's pies
#pie
#original
Do you know the scoop? Comment below or Send us a Tip