Win This Dumpling Contest & Score A 'Night Of 1,000 Dumplings'

Only if you can you tell your pork and chives dumplings from your lamb and green squash dumplings are you competent enough to compete in the Dumpling Galaxy Tasting Contest, the newest dumpling-centric event from the mind behind the Momo Crawl. Jeff Orlick, along with food tour guide Angelis Nannos, host this dumpling identifying challenge at Dumpling Galaxy, home to Helen You's myriad dumpling creations. If you can guess 'em, you can win 'em.

Competitors—you can enter as an individual or as a team of up to six—are tasked with guessing the ingredients in each of You's dumplings. Participants are given a master list of potential ingredients and must identify the three that are in each dumplings. It's like pub quiz but with delicious dumplings instead of nerdy pop culture questions. You's dumplings come in many, many different varieties, with fillings including shrimp, corn, celery, fish, mushrooms, asparagus, lotus root, Chinese yam, dried octopus, crab, lamb, beef... In other words: good luck! 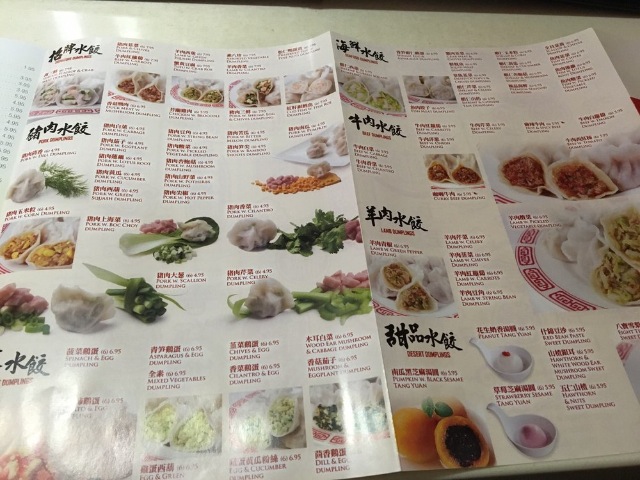 There will be three rounds of play with five different types of dumplings for identification in each round. Each team gets two bite-sized dumplings per type of dumplings for a total of 30 dumplings over the course of play. Orlick says each table also gets a "palate cleansing dish" in-between rounds and a beer, tea or other beverage to start.

The team to correctly identify the most dumplings wins...more dumplings! The grand prize is a "Night of 1,000 Dumplings" at Dumpling Galaxy, a chance for up to four people to eat as many dumplings (up to 1,000) as they can in a two hour period. Any of You's dumplings are game—including pan fried dumplings, steamed shumai, and pork soup dumplings. First place gets a copy of You's and Max Falkowitz's The Dumpling Galaxy Cookbook and 2nd place gets "an envelope full of cash" that Orlick says is a "surprise amount" (though the ticketing link says it's $5).

The competition goes down on Sunday, May 21st from 3 p.m. to 5 p.m. and if you want to participate you'll need to register ($35) in advance.

#dumpling galaxy
#dumpling tasting contest
#dumplings
#flushing
#original
Do you know the scoop? Comment below or Send us a Tip