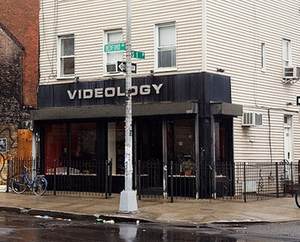 In the Golden Era of Netflix, the good old-fashioned video rental store is dying out—but alcohol might help! Williamsburg movie shoppe Videology (who gave us their Staff Picks a few weeks ago) is adding a bar and screening room, in the attempt to convince customers that there's more to life than instant streaming. They do say bars are recession-proof!

Adding booze is a model that's worked well in other markets (like apparel), and reRun has built itself a healthy customer base in its first year. This could be just the trick to save the struggling video store race. “We have something to offer that Netflix doesn’t—obscure foreign films you won’t find anywhere else,” said Leet. And last we checked, Netflix won't ship beer, either.

Update: We just heard from Videology co-owner Wendy Chamberlain, who says, "Videology is planning on being around a long time, and adding a bar/cafe and screening room is intended to help us achieve that goal. We are absolutely going to still be renting DVDs (and VHS and Blu-ray)—that is what we do and what we love to do. And we're hoping that we'll be able to expand our collection at an even greater rate, concentrating on obscure, rare, out-of-print, and import titles (while maintaining the popular titles we already have)."

#additions
#booze
#film
#movies
#netflix
#rerun gastropub
#videology
#videos
Do you know the scoop? Comment below or Send us a Tip