Will Lit Lounge Reopen After All?

Last month, we bemoaned the loss of Lit Lounge, one of the more beloved and notorious of the East Village's increasingly threatened damp booze pits. Owners promised the dive would reopen amid McKibbin Lofts in Bushwick, but regulars knew it would never be the same.

But now, EV Grieve reports a new sign has shown up strongly implying that perhaps this isn't the end. 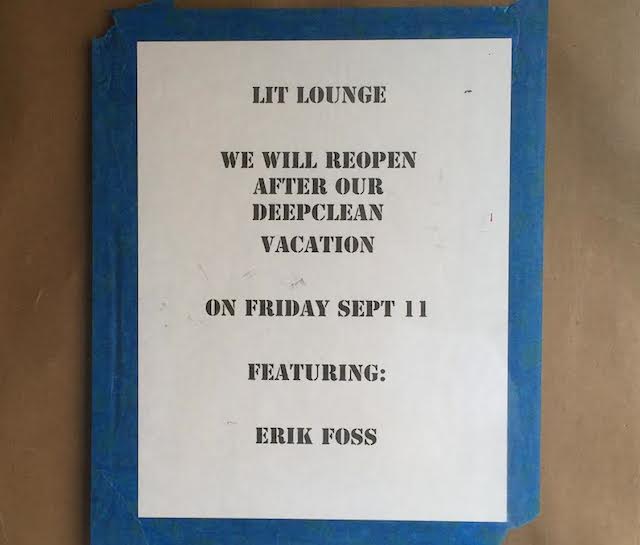 Word? The Cock, located up the street at 29 2nd Avenue, has reportedly been vying to move in to the now-defunct space, a bid that was shot down last week by the neighborhood's community board. That won't stop owner Allan Mannarelli from pressing forward, though. Another notice, this one announcing the Cock's intention to again make its case before the board at next months's State Liquor Authority meeting, has been placed alongside the Lit Lounge posting. 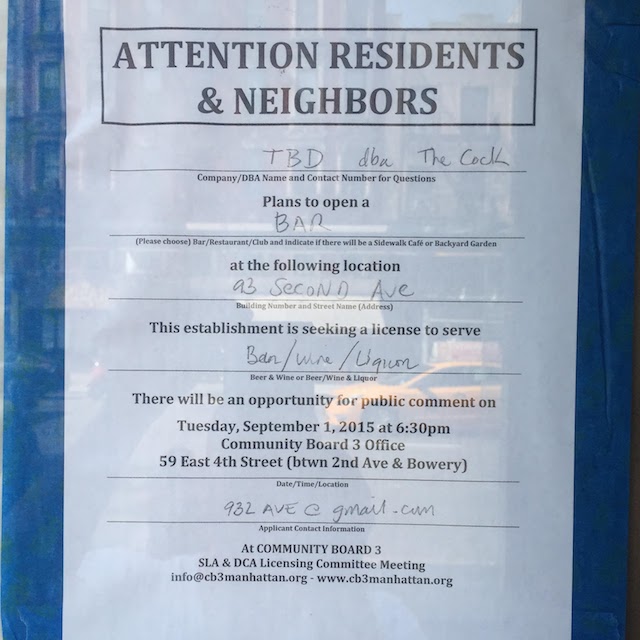 So which is it? As bartender and event planner Jeremiah Black told Bedford + Bowery earlier this month— “they [Lit] could theoretically reopen. The cops aren’t closing them, the State Liquor Authority isn’t closing them. It’s just the new owner is not wanting it to be open.” "Lit Cock" would indeed be a fine hybrid.

In June, police arrested a teacher from Léman Manhattan Preparatory School for having sex with a 16-year-old student in the bar's bathroom. The bar shuttered without warning shortly thereafter.

We've reached out to Lit staff for comment on the competing signage, and we'll update this story if we hear back. In the meantime, anyone with information can email us at tips@gothamist.com.