New York City had just about a year to get all the pirate hooker jokes out of its system before Stay Classy, the Will Ferrell-themed bar on the LES, closed for business. At the time, co-owner Zach Neil told Gothamist they would return stronger in the new year to "pay tribute to a time period in the coolest way possible!"

That time period is the 1980s, Neil told us this morning. GB85 is currently in soft-open mode at 174 Rivington, in the former Stay Classy space, which has been updated with murals of '80s icons including Madonna, Michael, Prince, Bowie and those lovable Ghostbusters ghouls.

"The entire inside of the building is a living and evolving piece of art in tribute to the '80s and especially the NYC '80s," Neil explained. "We had some of the biggest and best street artists from NYC such as hektad, Nicholai Khan [and] Charlie Doves come and cover the place—floors, walls, and ceilings—in murals and artwork representing the '80s icons including some of our own New York icons such as Keith Haring." 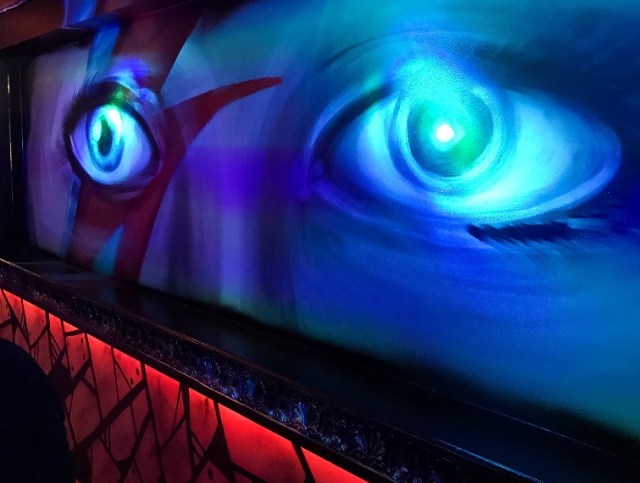 Navigate the website with caution—a certain red-headed crooner may pop up at any moment—but you'll get an idea of the scene they're trying to create, though it's a bit scattershot. Gremlins—Memba Those?!—are on the nose, but they erroneously attribute Crystal Pepsi to the '80s, (that's the '90s, baby) and Ziggy Stardust-era Bowie is straight '70s. 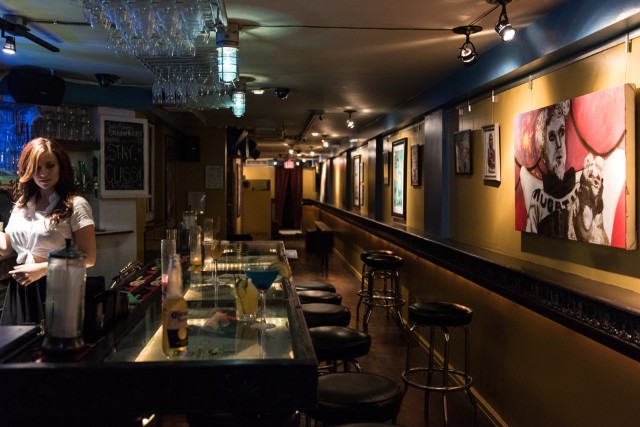 The space when it was Stay Classy (Alycia Kravitz/Gothamist)

The '80s weren't known for the best judgement when it comes to things like hairstyles; as such, a lot of these cocktails sound like recipes for barfing one out. If you can keep down the Stay Puft, a "ghostly blend of Whipped Vodka, Rum chata, cream, and a hefty scoop of nutella, topped with toasted marshmallows and graham cracker crumbs" then you have a stronger constitution than I.

Neil and co. also run a bar dedicated to Tim Burton's oeuvre and previously stereotyped an entire nation with their sort-lived 'Merica restaurant.