Why Is Iced Coffee Getting So Ridiculously Expensive?

Summer 2014 has brought many troubling things to New Yorkers, from rats in wraps, and sharks near the beach. But one of the most upsetting first world problems we struggle with here has been the dramatic rise in iced coffee prices. Counting up your caffeine-related receipts can be more depressing than counting up your booze-related ones. That's why we don't count receipts!

The question "Is iced coffee worth the cost?" can be answered with a simple hand tremor at 3 p.m. followed by a long slog out into the murderously hot street: Yes, it is worth it, give it to me now and make it strong and freezing before this encounter turns into a viral YouTube video. Below, we try to help you rationalize your cold caffeinated purchase by examining what goes into these high prices.

Iced coffee costs come from all sides, with the most obvious also being the easiest to overlook: the ice. "People think ice is free," says Michael Pollack of Brooklyn Roasting Company, where a 24 oz iced coffee is currently $4.50. "Ice is a fortune. If you think we go through coffee fast, double that for ice. We actually store ten gallon refrigerator boxes of ice, because our needs are so tremendous."

Many coffee shops have their own ice machines but this results in other unexpected expenses. "In people's minds, ice is water, and water is free," says Autumn Stanford of Brooklyn Kolache Co., where a 24 oz iced coffee goes for $3.75. "But the reality is we go through tons of ice. We have a maker, but we buy ice to supplement. And our electric bills go up just to run the ice maker. We didn't anticipate that when we started. When people charge you for a cup of ice at a deli or grocery it could be costing them 50-75 cents just for the ice and the cup."

As Stanford points out, the cup itself is another factor in calculating the cost of an iced coffee. "Unfortunately, the cups that are used for ice service are plastic, which means it is a petroleum product," explains Kenneth Nye of Ninth Street Espresso, where a 16 oz iced coffee runs $3.50. "So as gas prices change, prices for plastic cups change as well."

Right now, 12 oz paper cups will cost Nye $60 dollars for a case, while the same quantity of plastic cups will run him between $95-$100 dollars. "We have never raised prices because of time [of year]," Nye says. "There has to be a motivator, and this year was really hard." 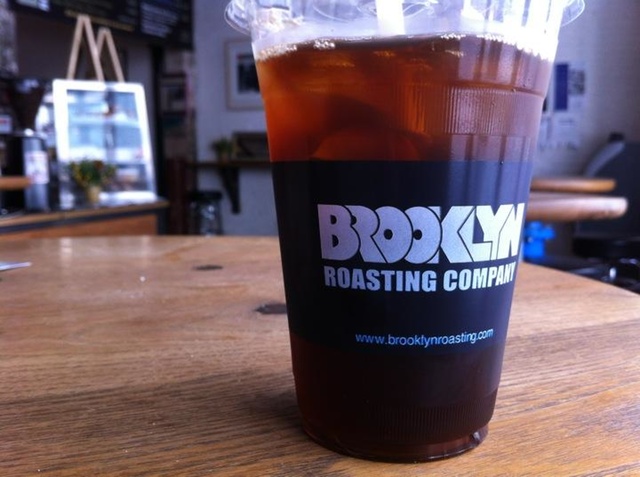 Two years ago, a large iced coffee at Ninth Street Espresso was $2.50, but it jumped to $3.00 and then $3.50 this past spring. Nye says that Ninth Street was selling the same size and caliber of iced coffee two years ago as they are now, but that all of the product costs have gone up. The main factor, he says, comes not from the cups or ice, but from the coffee itself.

"Coffee prices have skyrocketed this year—commodity pricing—upwards of 20 to 30 percent this year. That alone is killer, that had a big impact," Nye laments. "There has been an increase in dairy as well that has to be passed along to the customer, especially with iced coffee since you add a lot of milk. But the main issue is the cost of coffee."

There are several reasons for the increase in price. In May, the New York Times went into detail about a coffee fungus that attacked fields in Central America, leaving less product to purchase. And fungus isn't the only way mother nature is striking back at coffee lovers. According to Forbes.com, "The price of Arabica coffee beans has surged almost 100% from a level of 106 cents per pound to around 220 cents in mid April, due to tight supply as a result of prolonged drought in Brazil, followed by recent floods."

Even large chain operations like Dunkin' Donuts have been hit by the coffee price hikes. "Dunkin' Donuts restaurants are independently owned and operated by individual franchisees who are responsible for making their own pricing decisions for their stores," says Justin Drake, Public Relations Manager for Dunkin’ Brands. "Each year we recommend suggested retail prices for their consideration, which take into account factors such as the costs of product, rent, labor and supplies. We strive to offer our high-quality coffee at a great value to our guests but based on rising commodity costs, we expect to see a modest increase in coffee prices."

Starbucks has also recently raised its prices, although the hike may have other motivating factors as well. Luckily, it seems as though the new pricing will not go any higher any time soon. "We have virtually all of our coffee needs locked for fiscal year 2014 and 40 percent of our coffee needs for fiscal year 2015," a Starbucks spokesperson said.

Brooklyn Roasting Company is attempting to secure coffee ahead of time and finding it impossible to acquire enough to supply the growing demand. As a result, the shop raised their iced coffee prices this past month (to $4.50) to compensate for the expense of new beans.

"From February on, all prices were going up, you had to buy it fast," says Pollack. "That way you can lock it in for future prices as well. But sometimes when they make these commitments they don’t ship it, maybe the agreed upon price is less. There are in fact all sorts of issues and challenges, and sometimes people don’t deliver contracted coffee. Prices for everyone have gone up." 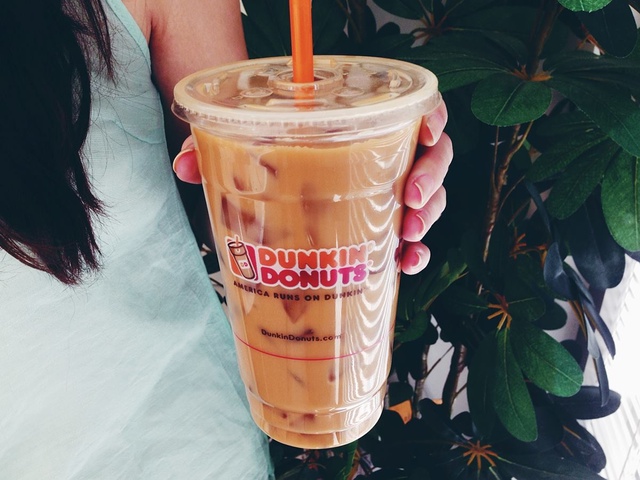 Even without the bean price hike, coffee companies like Brooklyn Roasting already put a large amount of their budget into acquiring the specific beans they desire. The same goes for Stumptown, where a 16 oz iced coffee costs $4.00.

"We do most of our work through direct trade, and we have a team dedicated to sourcing coffee and working with farmers rather than with a big company," says Jon Feldman, who is in charge of east coast operations for Stumptown. "This way we can form relationships directly at the farm level, identify the product, and showcase different practices. So much of our time is spent with the coffee before it even comes to our shores, so this does account for a lot of the price."

Stumptown then uses the cold brew method to make their iced coffee, which takes a good amount of time and space. "You brew it longer," says Feldman. "But what you are getting is a really complex taste, and products with a lot of depth."

The cold brew method is one employed by many coffee shops, and has become a trendy process customers will seek out and pay extra for. Also known as cold press or toddy coffee, cold brew is created by steeping grounds without heat over a long duration of time. For Stumptown, that means somewhere between 16-20 hours, for Brooklyn Roasting Company that means 24 hours.

"We cold brew our coffee and it is double dose, which requires twice as many beans," says Pollack. "It brews for 24 hours... it takes two dedicated people whose job is to simply brew the cold brew, delivering between 100-200 gallons of coffee each day depending on the day of the week."

But many of the cold beverages we order are brewed hot and then chilled, as is the case with Starbucks, where the average 16 oz iced coffee costs $2.76. Some coffee shops use a third method called pour-over, in which a small stream of water is poured through a cone-like filter.

"You have to make a lot of small batches," says Stanford, who previously used this process at Brooklyn Kolache Company, but is now switching over to cold brewing. "It is an investment to switch to cold brew since you have to get all the materials and the taps, but it should pay off in the long run since we can make double the amount."

So what can you do as a consumer? Aside from just sucking it up and paying for your iced coffee, you can convince your office to install an iced coffee keg and foot the bill for your habit or make your own at home.

#coffee
#coffee prices
#iced coffee
#longform
#original
Do you know the scoop? Comment below or Send us a Tip