Yesterday morning Eric Demby and Jonathan Butler introduced us to the 21 lucky newcomers to this season's Smorgasburg, which opens the weekend of April 4th and 5th in Williamsburg and Brooklyn Bridge Park.

But the real party went down in the evening, when a dozen or so of said newbies set up shop at Demby and Butler's Crown Heights beer hall Berg'n for a special tasting and photo-op preview. All of the food was free, and even the most committed eater in the room (me) couldn't possibly get through it all, but here are some of the highlights. 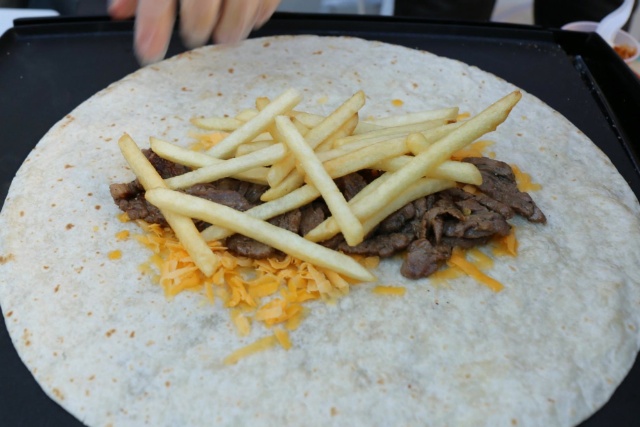 The sleeper hit of the night—and the summer?—was the amazing Carne Asada Burrito at the Best Buds booth. I know, sounds pretty ordinary. And yet this simple combo of grilled beef, yellow cheese, crema, guacamole, and—this is the kicker—skinny, salty french fries instead of rice and beans, rolled into a tortilla, blew me and all of my table-mates away. Demby, too, loves this puppy. The fries just completely change things up here. They call it San Diego style (both of the "Buds," who are actually brothers, grew up out there), and it is fucking rad. Of everything I ate last night, this will be the first I order again. 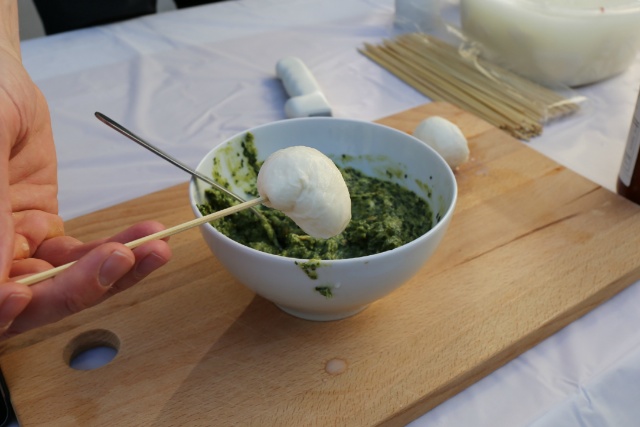 The Big Mozz boys weren't injecting their pesto into their freshly-made mozzarella balls, so no true "bombs" at the preview, but just the cheese itself was knee-bucklingly good. Big Mozzers Matt Gallira and Elliot Anderson explained to me that because their curds are cultured rather than chemically separated (which, they say, is how 99% of fresh mozzarella is made), their balls deliver that thrilling tang. Whatever, I'm just psyched to try one or three of these filled with sauce when we all get outside. 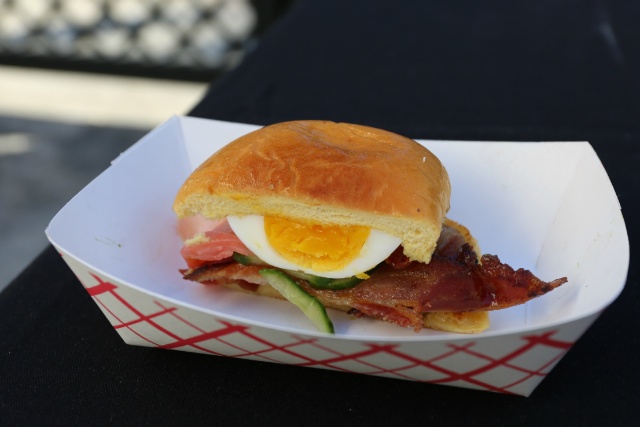 Both breakfast sandwiches at the Rise and Swine booth were excellent, with the French Toast one, stuffed with bacon and egg, edging out the more complicated concoction of Lap Chong sausage, avocado, pickled ginger, plus bacon and egg, on a potato bun. Great for hangovers, and highly Instagrammable. This is my predicted winner for longest newcomer lines this year. 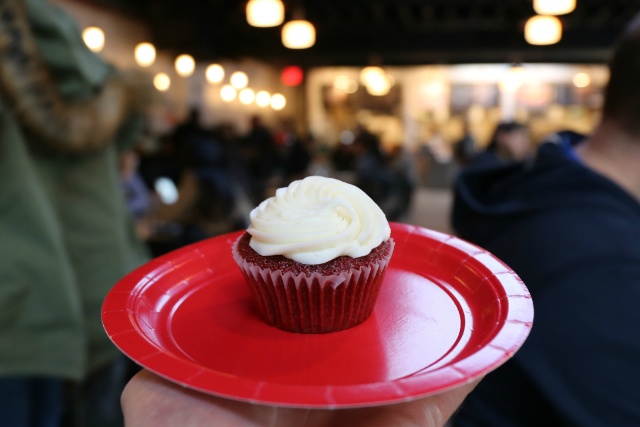 With their exuberant decorations and crazy-colored baked goodies, the Piece of Velvet table looked almost out of place among all the chef-y, "interesting" offerings here, but make no mistake: their Red Velvet Cupcake ruled, with cake dense and moist, and cream cheese frosting thick, sweet, and tangy. Don't sleep on these guys. This is your post-brunch sugar craving, satisfied. 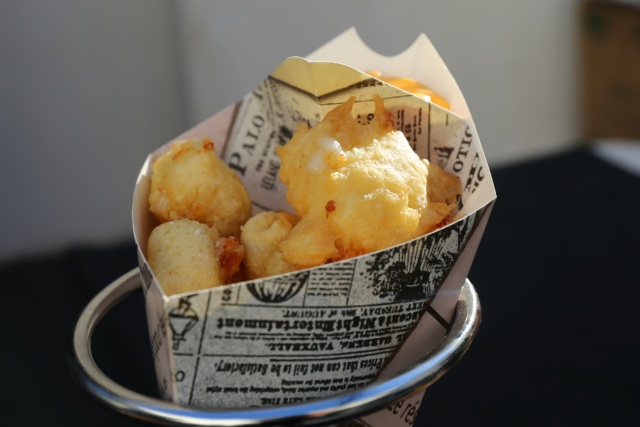 For walking-around snacking it'll be tough to top a paper cone (or one of those boats) filled with beer-batter-fried cheese curds from Curd's the Word. The chewy/crunchy balance here is perfect, the cheese itself nice and salty, and the dipping sauces deliver just the right kick. No way is this lasting more than 45 seconds once you get it in your hands.

Other favorites at Smorgasburg newcomer preview came from the Birds & Bubbles crew, and their totally Snapchat-ready Nashville Hot Chicken on a biscuit; Duck Season's crisp, fatty, and fun Duck Confit, a whole leg and thigh that's like a more refined turkey-leg-at-the-Renn-Faire deal; and the Oatmeal Raisin cookie from The Cardinal Bakery, made with maple syrup and enough cinnamon to give it some bite.

Smorgasburg is open every weekend starting in April, from 11 a.m. to 6 p.m., in Williamsburg's East River Park (at North 7th Street) on Saturdays, and at Pier 5 in the Brooklyn Bridge Park on Sundays.