Why Are You Reading This When You Should Be On Line At Trader Joe's?!?

Update: more photos from the madness can be seen here.

The SNOWENING is upon us, with the white stuff piling up starting tomorrow and as much as feet expected by the time it stops.We know what you're thinking: "But I'm OUT OF ASPARAGUS!" It's too late for that. There is no asparagus. There is also no butternut squash. There's like one LARA bar left, but if you want it you're going to have to wait on line for like an hour? At least? 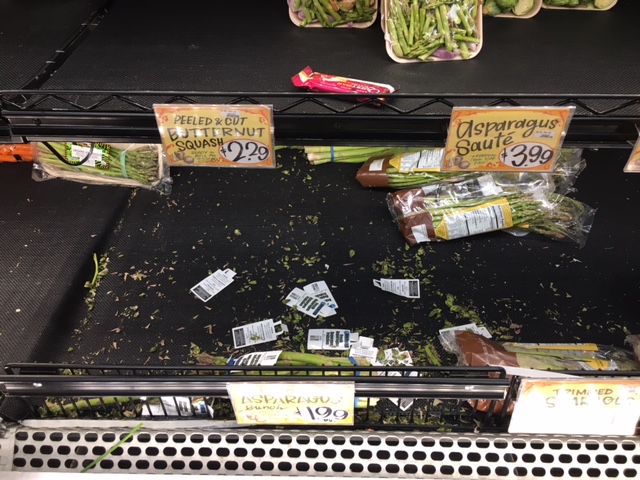 Trader Joe's on Atlantic and Court, Brooklyn. Around 12 p.m. on Monday. (Photo by Kyle Ballou/Gothamist)

This was the scene at the Trader Joe's on Atlantic and Court Streets in Brooklyn around noon on Monday, and you can expect the area grocery stores to become more packed and less stocked as the day turns into night and people get out of work.

You guys know you can still walk to a bodega tomorrow though if you find yourself having a milk emergency, right?

Lines are out the door at Trader Joe's on Broadway & 72nd! #NYCBlizzardShopping pic.twitter.com/BXkpniy4kZ