Who Else Could Use A Free Margarita Right About Now?

Meatpacking District restaurant The Wild Son is celebrating the acquisition of a full liquor license free margaritas Monday, Tuesday and Wednesday of this week. Beginning at 6 p.m. during dinner service, they'll be giving away Garden Variety Margaritas made with tequila, fresh ginger, kale juice, lime, agave nectar and a smoked chili salt rim. Check out the full cocktail menu here to decide what you'll have for your second round.

Sean Smith, the brunch cook at Butter & Scotch in Crown Heights, takes over the kitchen Monday evening for a Smithy's Hot Sauce Pop-Up. The chef will be whipping up Trinidadian food—and employing his fiery hot sauce when applicable—including curry goat, corn soup, bake and shark, callaloo, and pholourie, fried dough balls with tamarind and chutney. Special cocktails for the evening include a Scotch Bonnet Highball with scotch bonnet-infused Plantation Pineapple & Overproof Rums, pineapple, lime and coconut water. Call 347-350-8899 to book a table. 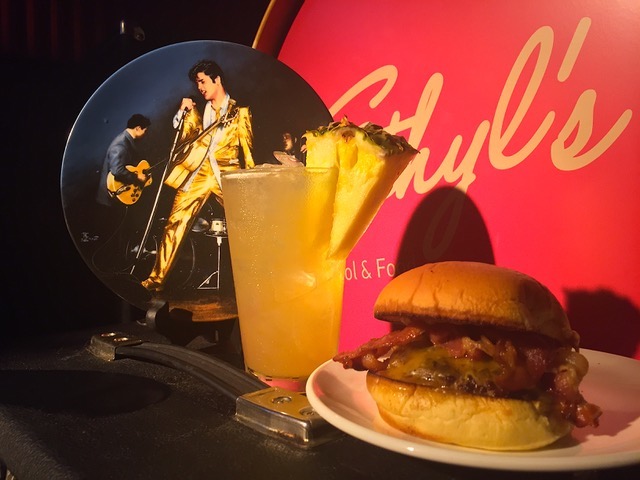 Upper East Side restaurant Ethyls Alcohol & Food observes the "40th Anniversary of Elvis Presley's untimely passing" on Wednesday with a special Elvis menu plus impersonator Brian Bergdoll, a DJ and go-go girl Dandy Dillinger. They'll be serving an Elvis Burger ($8.77) topped with sharp cheddar, bacon, and a Tennessee whiskey maple PB&J sauce. They'll also be pouring a Fun in Acapulco cocktail made with tequila rum, pineapple juice, lime juice, grapefruit juice, agave and garnished with pineapple. Stop by anytime after 8 p.m. to partake in the festivities; their Wednesday night bingo game will also proceed as planned.

Learn more about the poké wave that sailed over from Hawaii at Hawaii Cuisine: Beyond Pineapples with Chef Sheldon Simeon a culinary demo and discussion with the Top Chef finalist at Williamsburg's Museum of Food and Drink. Simeon will be talking with Food & Wine's Elyse Inamine about Hawaiian culinary traditions while demonstrating how to make poké. Following the event, which begins Thursday at 6:30 p.m., stick around for an informal reception with more poké and beer from Brooklyn Brewery.