Which Mobile Food Vendor Serves The Best Dessert In NYC? The Vendy Awards are rolling into Governors Island in September, celebrating the best of NYC's mobile and market food vendors. There's always a lot to eat at the event and lots of very deserving winners to be selected, including the under-appreciated Best Of Dessert category. Last year's bee-utiful event crowned Ice & Vice's spectacular ice creams as the best of the sweets and this year there's a whole new batch of contenders vying for the top dessert prize. We obliged our sweet tooth and caught up with this year's nominees to see what they had in store for this year's event. 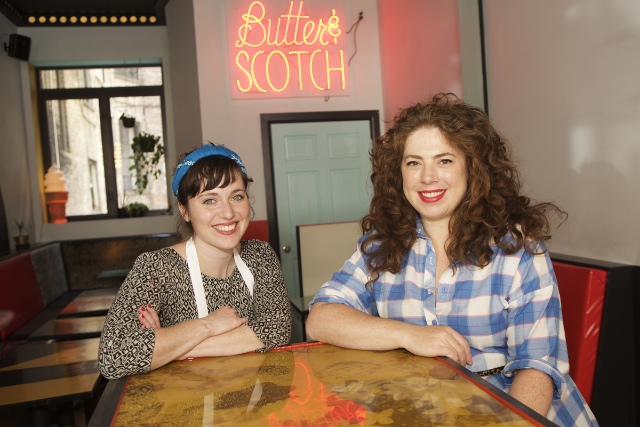 How long has Butter & Scotch been in business? Butter & Scotch as a concept has been around for about three years now, but we opened our physical location about six months ago.

What is Butter & Scotch? How do you describe it and your product to someone who hasn’t heard of it before? We are a bakery and bar that specializes in playful riffs on classic american desserts and cocktails.

Where do you sell? We sell out of our shop in Crown Heights and at Smorgasburg on Saturdays.

Are you bringing anything special to beat the competition at the Vendy Awards? We are bringing our ramos gin fizz squares! They have a house made graham cracker crust topped with a gin and orange blossom custard and whipped cream. 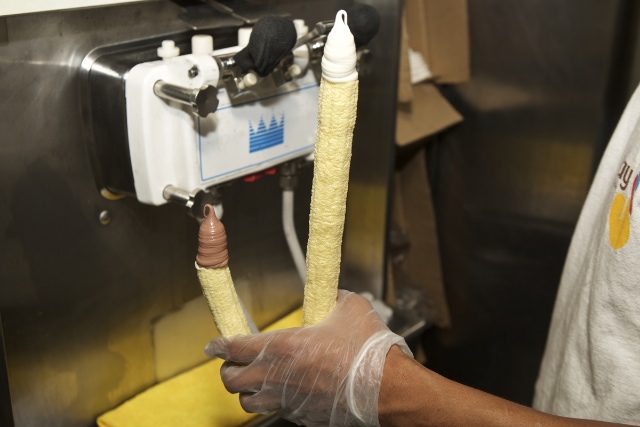 How long as Play J Scream been in business? Where did you get the idea? We started Play J in early April 2015. So, it has been little more than four months. And Jscream is already a popular ice cream in South Korea. It came out about two years ago and people call it Jipangyi instead of Jscream in Korea.

How do you describe the J cones to someone who hasn’t heard of them before? Jscream is an ice cream that comes in the J-shaped puffed corn cone filled with soft serve ice cream all the way through. J cone minimizes dripping on your hands or shirts and also you can taste two different flavors in one. Also, you can enjoy crunchiness of the cone with sweet ice cream in every bite!

Where do you sell from? We usually stay on Broadway between Broome and Spring Street; we also update the location everyday on Instagram and Facebook.

Are you coming up with anything special for the Vendy Awards? We are trying to come up with new flavors but unfortunately, since we can have only two flavors in the truck, we decided to stick with the most popular two flavors: vanilla and chocolate. 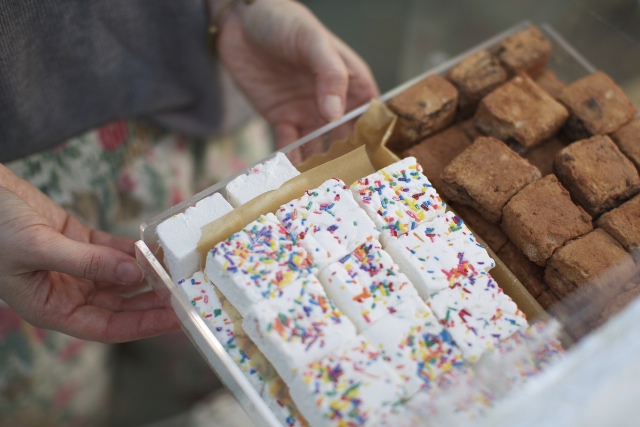 How long has Squish been in business? How did you decide to start it? I decided to start the company April 2014, but brought the product to the public and started selling in September 2014. It started sort of on accident. I was working at a tech startup, wasn't passionate about, so I left. I started writing a food blog for fun, and would offset some of the dining costs by throwing in some recipes for added content. I found one for marshmallows one day, and was kind of hooked! I made a couple batches of simple, different flavors, shared them with friends and the response was great.

So, I changed the recipe, made it my own, and started coming up with a flavor list. A friend suggested I should sell them, and after a second, I thought, "Hey, why not!" So I went full force and started developing everything to start the company.

What is Squish? How do you describe it to someone who hasn’t heard of it? Squish Marshmallows are small batch, handcrafted marshmallows made with unique flavors, incorporating ingredients inside the actual marshmallow, to create texture and make them more dynamic.

How often do you change your lineup or add new marshmallows? Well, since it isn't quite a year old yet, I wanted to make sure I had a core flavor group that people responded well too. I have that now, so I keep those flavors around (I've let some go from the very begging that weren't moving as well), and do seasonal flavors. Right now, it's Lemon Meringue Pie. I'm always thinking of new flavors and testing them out, I love doing that. I've got a couple in the works for fall. For markets, I've learned it's best to keep a consolidated menu, since it's still new for a lot of people, and some don't do too well with too many options! If I can open a shop one day, the menu will be bigger and more out of bounds/experimental. I'm super excited for that possibility!

Are you planing anything special for the Vendys competition? Hopefully lots of deliciousness, but as for surprises other than that, people will have to come to find out! 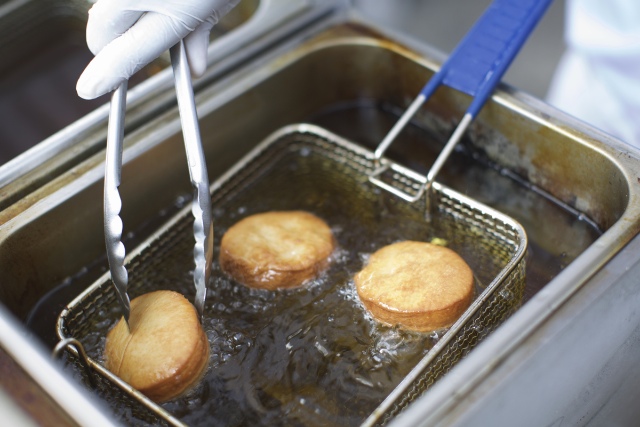 How long have you been in business? Why did you decide on beignets? What's your history with them? I'm originally from New Orleans and have been in love with beignets since I was a kid and experimented with making them a few times through the years. In high school I ended up working at a beignet cafe called Crescent City Beignets that I loved and it got me interested in food and cooking. After a few years of trying to make it as an artist and a DJ in NYC I moved back to New Orleans for two years and fell back in love with the food and restaurant business and wanting to find something more sustainable that I could eventually support a family doing, didn't feel like "work", just felt right. Remembering how much I loved that job, I decided to venture back into the beignet biz and bring them to a market and food landscape where they were lacking, so I came back to NYC.

How do you describe your beignets? How are they compared what the tourists eat at Cafe du Monde? I would describe my beignets as little fried clouds of deliciousness. They're similar in "style" to the famous Cafe Du Monde beignets, but they're different in shape obviously and I add a couple of non traditional ingredients and mixture of flours to give my dough a depth of flavor that I don't think any other beignet seller has. Plus the caramel sauces are also non-traditional and bring them to a whole other level. 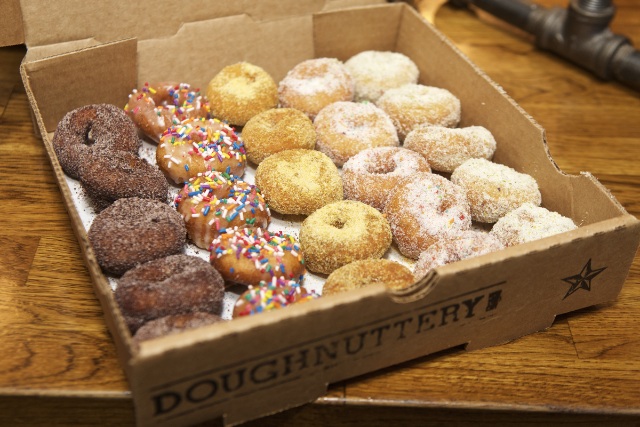 What inspired you to open the Doughnuttery? How long have you been in business? I opened Doughnuttery October 2012. After a 12 year career in finance, I decided to follow a dream I always had to own my own business. I had some exposure to the bakery business through my wife's family (my in-laws owned a bakery). It was a real family business that required us to come together and pitch in around all the major holidays. I found myself really enjoying the hard work, atmosphere and making people happy through food. I saw a creative side of me start to come out that I knew I wanted to explore. For me, doughnuts were a no-brainer—something I always enjoyed. Not only are doughnuts a classic American pastry that are eaten any time of the day but every culture has their version of fried dough. It's a universal treat.

Do you sell at other markets and events or just at Chelsea Market? We have a catering arm that services corporate clients as well as weddings and special events. We can bring doughnuts, gift bags, and even make doughnuts on-site right in front of your guests. We also participate in seasonal pop-ups around the city like Union Square Holiday Market, Broadway Bites, etc. We are opening a new booth at Turnstyle in Columbus Circle this December so stay tuned!

How do you describe your doughnuts? What makes them special? Doughnuttery focuses exclusively on mini-doughnuts that are made on-site, right in front of the customer. They are hot, fresh, uniquely sugared bite-sized treats coated with one of 25 unique homemade sugar blends and pair with gourmet dipping sauces that are great for parties, events, or anytime you need a snack. It's a unique, one-of-a kind sensory experience that you see, smell, and taste! We package them in small bags for on-the-go enjoyment or pizza boxes, adding a fun element to meetings and parties.

How often do you change flavors and toppings? We started with a dozen or so flavors and have expanded the menu to 25 sugar blends—we have added new sugars but we rarely take any off as people grow to enjoy and expect their favorites. We try to feature a seasonal dipping sauces.

Are you planning anything big for the Vendys competition? We are planning on launching two new sugar blend flavors at the Vendy competition that are two of the most exciting flavors we have ever launched, as well as featuring a couple of our signature flavors that have become crowd favorites.

Clay Williams is a photographer and blogger based in Brooklyn. He has shot assignments for the New York Times, Food Republic and the Edible Communities titles, among other publications. Follow him as @UltraClay on Instagram and Twitter.