Where To Take Mom For A Nice Mother's Day Meal

Mother's Day isn't until next Sunday, but since brunches in this town can fill up faster than she can say "you never call," we've rounded up a smattering of dining options for you and your beloved mother ahead of time, because we're all getting a little old to be making her macaroni necklaces. Call the restaurants for reservations; none of them are fully booked yet.

Kefi
Beat the brunch crowds by going for dinner at Michael Psilaki's Greek-style Upper West Side favorite, where the chef is creating a three-course "My Big Fat Mother's Day" dinner prixe fixe ($50) with meatballs, calamari, branzino, and lamb chops, and, of course, ouzo.
505 Columbus Avenue, 212-873-0200

MoMA
Give brunch a cultural spin with the Museum of Modern Art's special private breakfast and guided group tour ($70). Sip coffee and nibble croissants while overlooking the Rockefeller Sculpture Garden before the museum opens to the public, then follow an art historian through the exhibitions.
11 West 53rd Street, 212-708-9685 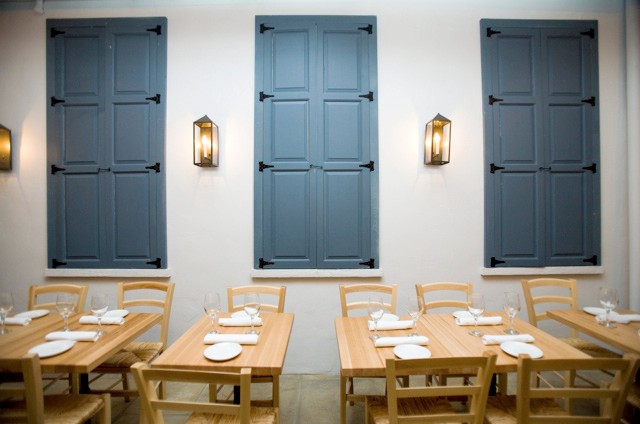 sideBAR
Get hands-on with Gramercy's sideBAR brunch and cooking party ($40), where interactively-inclined groups get together with a chef to whip up omelets and French toast, while simultaneously enjoying unlimited mimosas and Bloody Marys. Dads are allowed to join after the brunch for an additional $25.
118 East 15th Street, 212-677-2900

Sushisamba
For moms with adventurous taste buds, the Japanese fusion franchise is adding a few special options to their brunch menu, like a yuzu-yogurt panna cotta with museli and kuromitsu and a maracuja cocktail with passionfruit juice and ginjo sake. They'll also be sending moms off with Peruvian alfajore cookies and a $10 gift card to be used toward a future meal.
Sushisamba Park, 245 Park Avenue, 212-475-9377; Sushisamba 7, 87 7th Avenue South, 212-691-7885 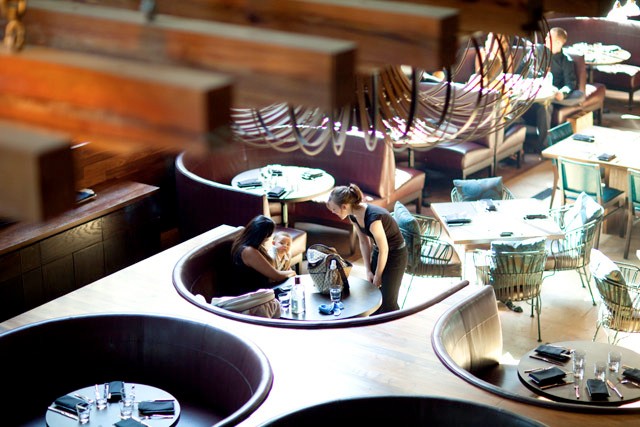 Toloache
Should your mother need the aid of alcohol to deal with you, try the $20 prix fixe at Julian Medina's Midtown Mexican standby, in which moms can enjoy free unlimited mimosas and Bloody Marys. And during dinner, moms get a free dessert.
251 West 50th Street, 212-581-1818

Wall & Water
Feeling fancy and indecisive? Try Wall & Water at the Andaz Hotel in the Financial District, which is offering both a "Chocolate Extravaganza" and an "Egg Station" (both $65), plus a bottomless mimosa package and an unlimited make-your-own mimosas for $21.
75 Wall Street, 212-699-1700

Wallse
Kurt Gutenbrunner has put together an Bavarian-leaning three-course menu available all day, with upscale dishes like white asparagus and spring pea soup with lobster ($65). If you're inclined to go all out, the restaurant's florist, Yasmin Karrenberg, is taking advanced orders for special Mother's Day bouquets to be presented during the meal.
344 West 11th Street, 212-352-2300

Zengo
Because sharing is caring, and who cares more than your mother? Try the small plate sharing menu for dinner at Richard Sandoval's Latin-Asian fusion behemoth, ($39 per person), where you can mix and match three savory plates, like tuna wonton tacos or seared halibut, and one sweet, like churros and liquor truffles.
622 Third Avenue, 212-808-8110