Where To Find The Best Peruvian Cuisine In NYC

Peru is often touted as the culinary center of South America. Its diverse immigrant populations (Chinese, Japanese, African, Italian, and more) have mingled with the traditional Andean culture to create one of the most unique and innovative cuisines. In fact, some of the best noted restaurants in the world are located in the capital of Lima.

Strangely, Peruvian food has not fully caught on in New York like some other countries' foods. Even a well-regarded attempt by Peruvian legend Gaston Acurio to operate a branch of his legendary cevicheria La Mar in the Flatiron District lasted less than two years. That being said, there are some great examples of Peruvian food throughout the city. Here are the best places to get a sample of this incredible cuisine. 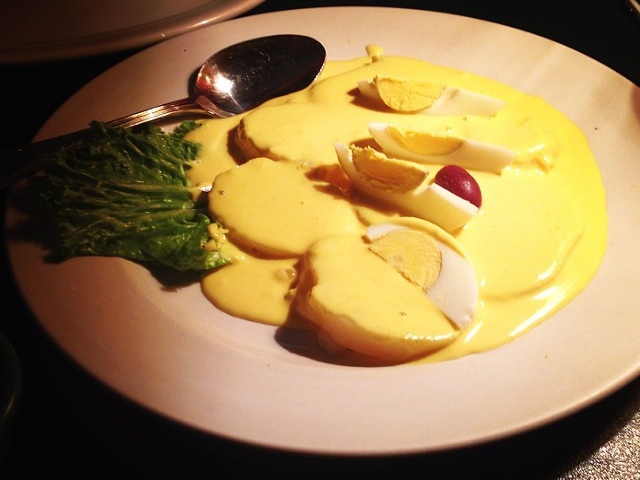 URUBAMBA Jackson Heights has the city's highest density of Peruvian restaurants. One operation that has been in the neighborhood since 1976 is Urubamba, named for a town and a river in the Sacred Valley of the Andes. It still attracts a large number of Peruvians who come for the flavors of home. The large menu includes dishes that represent the distinct culinary styles of Peru's three geographic regions. You can taste coastal dishes like leche de tigre (the potent juice from the ceviche) and tiradito (thin slices of raw white fish in a bright aji amarillo sauce), hearty mountain staples like ocopa (sliced potatoes in a black mint sauce) and caldo de gallina (a white hen soup), and a sweet ice cream made from the jungle fruit lucuma. And if you order in advance for a large group, it might even possible to taste the elusive cuy (guinea pig). 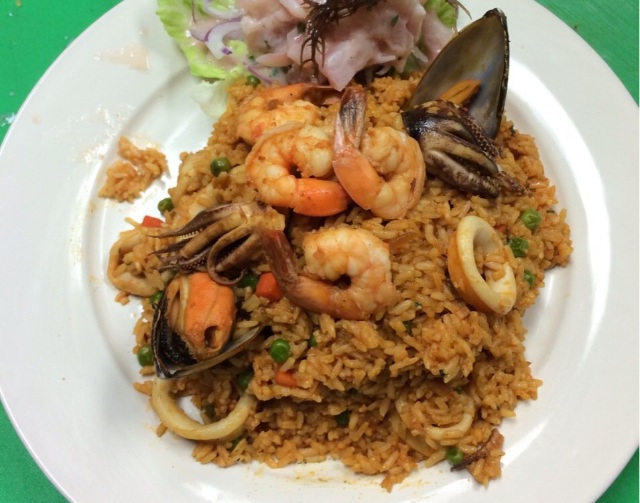 INCA'S GRILL Staten Island is well known for its Italian food and its Sri Lankan cuisine, but nestled in the suburban neighborhood of Grasmere is one of the city's least known Peruvian restaurants. Chef Cesar Guiterrez greets you when you walk in the door and is clearly excited to share his native cuisine with newcomers. His mother also works in the kitchen turning out dishes like arroz chaufa de mariscos (Peruvian's own seafood fried rice), papa rellena (a giant deep fried potato and meat bomb) and specials like octopus causa or the traditional street snack of choclo con queso (giant boiled corn kernels with fresh Andean cheese and huancaina sauce). But the real sleeper hit is the tender and flavorful rotisserie chicken with handcut french fries. It pairs perfectly with the housemade chicha morada (spiced purple corn drink). 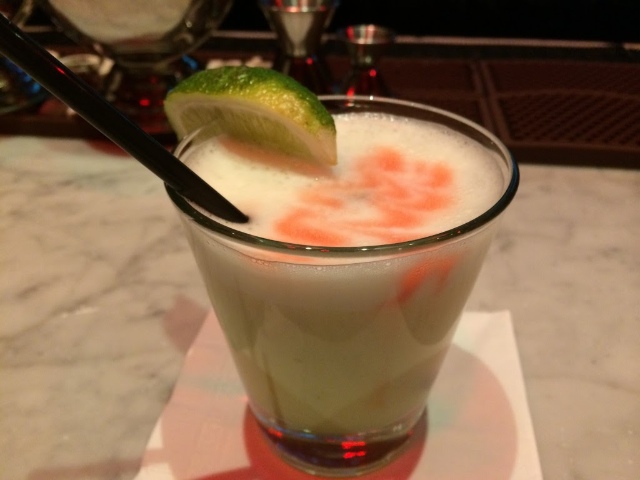 AMARU PISCO BAR While Chile and Peru both claim pisco sour as their national drink, Peru exports three times as much of the grape brandy than Chile does. The spirit and cocktails are celebrated at this swanky lounge in Jackson Heights. Not only can you get a number of pisco sour varieties (like passion fruit, prickly pear, and coca leaves), but you can experience the versatility of the alcohol in other less well-known drinks like Chilcano (pisco, lime juice, ginger ale) and Capitan (pisco and sweet vermouth). There are also Peruvian snacks like salchipapas (sausages) and empanadas to soak up the booze. 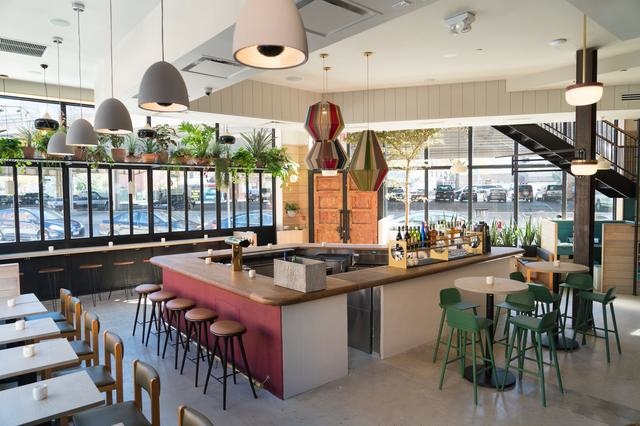 LLAMA INN If there is one restaurant that could finally get New Yorkers talking about local Peruvian food, it's this trendy new restaurant in Williamsburg. Chef Erik Ramirez, formerly of Eleven Madison Park, is combining a hipster Brooklyn ethic with some classic Peruvian ingredients. For instance, his large format take on lomo saltado swaps out the usual white rice for scallion pancakes. One of the ceviches here is comprised of corvina and plantains, but also has the surprising addition of dashi. For something slightly more traditional, don't miss the skewers of beef hearts with rocoto salsa and finish with an order of the sweet potato fritters called picarones drizzled with raw sugar syrup.

Llama Inn is located at 50 Withers Street at the corner of Meeker Avenue in Williamsburg, Brooklyn (718-387-3434, llamainnnyc.com) 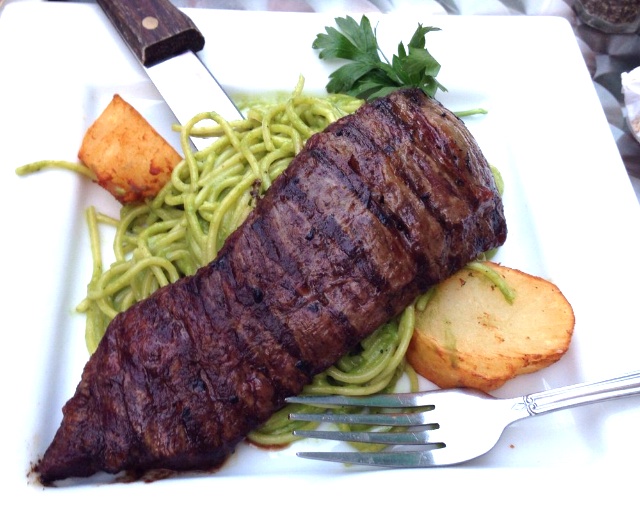 CHIMU Well before Llama Inn started serving Peruvian flavors to the trendsetters of Williamsburg, Chimu was here. Locals know this is the place to get simple and hearty dishes. While the fresh ceviches are quite good, the specialty of the house is meat. Beef comes in many forms here: smoky grilled heart skewers (anticuchos), sautéed beef slices with soy sauce, tomatoes, and fries (lomo saltado); spaghetti with pesto (tallarin verde) topped with skirt steak; and a rice and bean risotto (tacu tacu) accompanied with grilled steak. Try to prevent a full-on meat coma by reviving with some Inka Kola or a potent pisco sour.

Chimu is located at 482 Union Avenue between Meeker Avenue and Conselyea Street in Williamsburg, Brooklyn (718-383-0045) 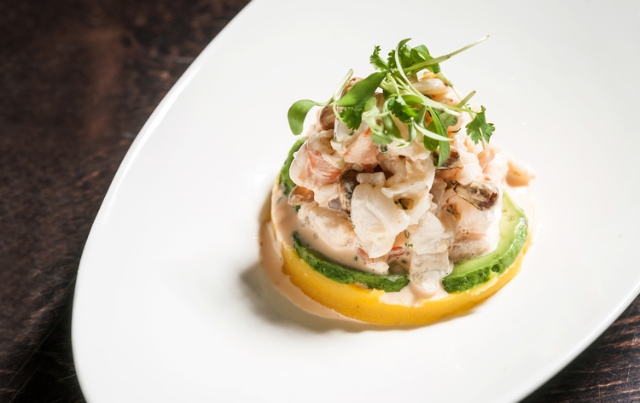 RAYMI The closest we come to having a full-blown Novoandina restaurant is this swanky, slightly cheesy palace of Pan-Peruvian cuisine. Raymi features both a pisco bar and a ceviche bar, where you can celebrate with a discounted Happy Hour on Monday nights. The regular menu also updates familiar dishes like causa (a chilled mashed potato, seafood, and avocado combo), stir-fried lomo saltado (beef, rice, onions, tomatoes french fries), and arroz con pato (duck rice). 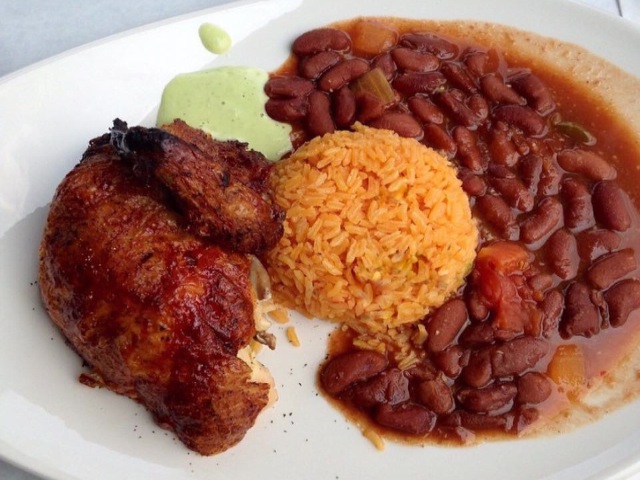 PIO PIO When most Americans think about Peruvian food, they probably think about one thing: pollo a la brasa. A special marinade of garlic and spices separates this from your store-bought rotisserie chicken. With darkened skin and juicy tender meat, no wonder it's the most popular Peruvian fast food out there. Here in NYC, the best version can be found at the now ubiquitious Pio Pio. While it started as a modest establishment in Rego Park in 1994, the local chain now has locations all over the city for sit down or take out. Claim a half order for yourself or feed your family with a whole bird, but don't forget a side of fries, tostones, and that magical creamy green sauce.

Pio Pio has 9 locations, including four in Manhattan, one in Brooklyn, three in Queens, and one in the Bronx; piopio.com 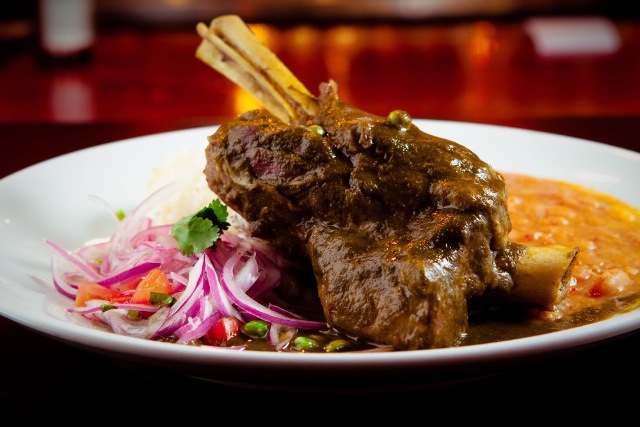 JORA Two years ago, the son of the owners of Urubamba decided to open up his own ode to Peruvian food in the heart of Long Island City. After a stint in culinary school, Alejandro Rojas has made good on his heritage. Jora, which is named for a strain of Peruvian corn, is an excellent introduction to Peruvian's diverse cuisine. It works as a lively hangout with friends or as a romantic date night. Regardless of what vibe you want, order a pisco sour and focus on the food. Check out the aji de gallina (spicy shredded chicken stew), the super picante rocoto relleno (stuffed orange pepper), and the seco de cordero (braised lamb stew). End with one of the more authentic desserts, the traditional mazamorra morada (steamed purple corn pudding). 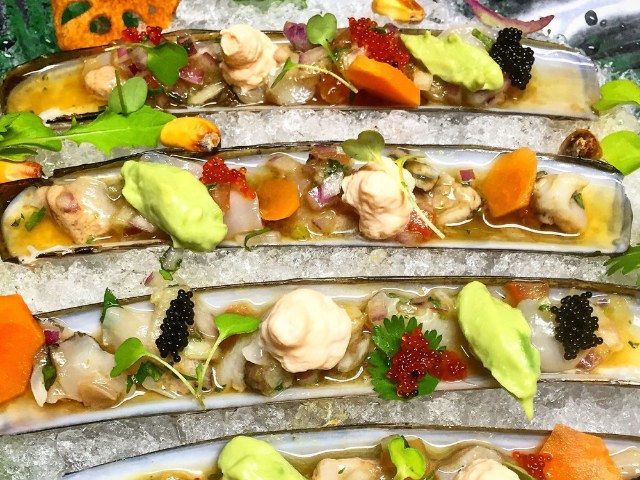 SURFISH BISTRO The popular Park Slope seafood spot Surfish has resurfaced in Gowanus with the same focus on aquatic dishes (think the Peruvian coast not the nearby canal). After training with Bobby Flay, Chef Miguel Aguilar got back in touch with his roots. You really shouldn't come here and not order the fish, whether it's in one of the many inventive ceviches (a tasting includes any three of the chef's creations), one of the seafood tapas like mussels with huacatay sauce, the rich and hearty chupe de camarones, or an entree special featuring the meaty Amazonian fish, paiche. 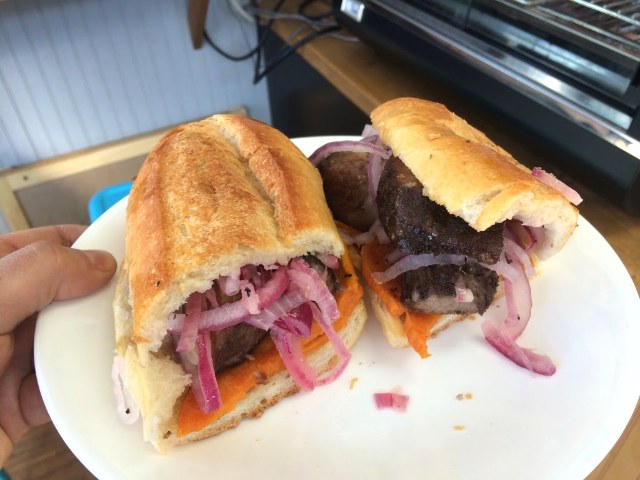 BROADWAY BAKERY Most New Yorkers would easily mistake this corner counter for a generic pizzeria or bodega, but in actuality it's a bakery that specializes in Peruvian breakfasts and baked goods. In addition to pizzas and egg sandwiches, you can get a cheap, hearty Peruvian meal. Fuel up like Limeños by ordering tamales or overstuffed sandwiches such as chicharron con camote (fried pork and sweet potatoes) or jamón del pais (country ham). Wash it all down with a tropical juice or a special herbal barley tea known as emoliente. Sweets are also prevalent and you can't go wrong with alfajores or pionono, a rolled sponge cake layered with dulce de leche.