Where To Find The Best Beer Cheese In NYC

Beer cheese, pub cheese—whatever name you know it by, there's no denying the addictive qualities of this dairy-heavy spread. Though similar, it's not to be confused with its Southern counterpart Pimento cheese, most notably because a delightful boozy component not found in its regional counterpart. This cheesy concoction finds its roots in Kentucky, where a man named Johnny Allman developed his "Snappy Cheese" recipe in the 1930's. Fast forward to today and you'll find a variety of state-based brands mixing up their own ratios of cheese, beer and spices—a few have even crossed state lines.

We're always down for something cheesy to enjoy over a few pints, so we're cluing you in to this delectable spread and where to find it around town. It's not all-inclusive, so tell us we don't know Monterey Jack about the real deal in the comments. 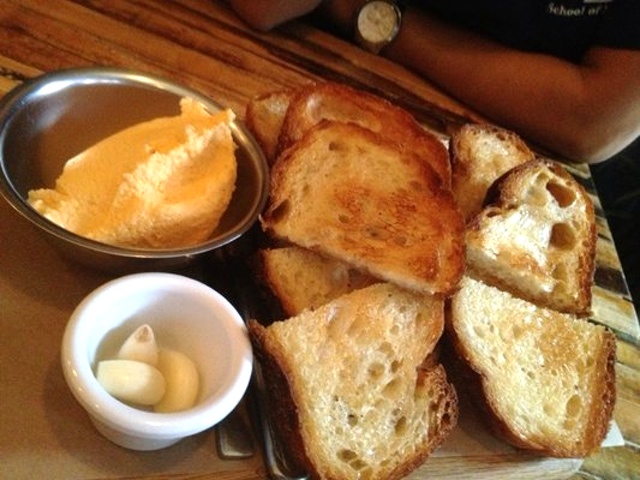 EARL'S BEER & CHEESE:Holy schnikes does this diminutive Carnegie Hill joint have some delicious Beer Cheese. Creamy, fluffy, flavorful; it has all the qualities you look for in an outstanding snack. They're using a well-balanced NY State Cheddar and their house lager as a base, whipping until mostly smooth but with a few morsels of cheese still intact. Earl's serves its spread with thick slices of well toasted, crusty bread and a tiny bowl of raw garlic. Don't be shy! Rub the raw garlic all over your toast, slather with the salty cheese mixture and go to town. The $7 regular size can feed one very hungry person—or possibly two if you're sharing another dish—with the jumbo size ($12) enough to feed three to four. 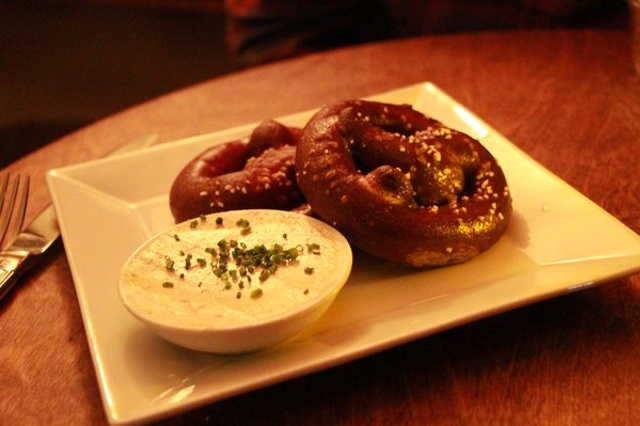 The Redhead via N.M. on Yelp

THE REDHEAD: Forgiving their appearance on a certain spiky-haired host's television show, this East Village gastropub whips up a standout version of beer cheese that fits perfectly with their menu of refined comfort foods. They serve their creation with addictive house-made soft pretzels, as they should. 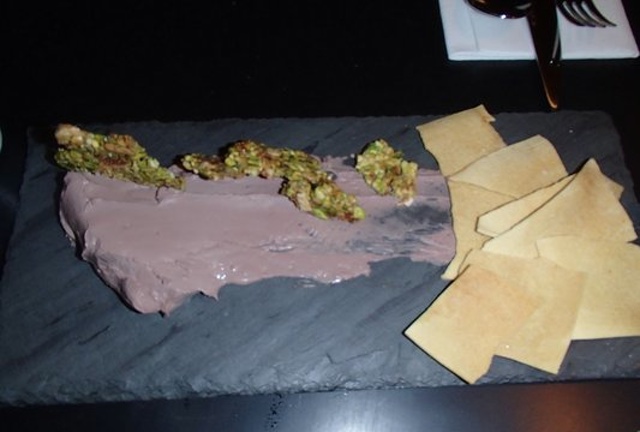 Alder via Lorelei D. on Yelp

ALDER: With Wylie Dufresne at the helm, you can bet this beer cheese incarnation will be anything but ordinary and the wd~50 maestro doesn't disappoint. His version of Pub Cheese ($9) arrives as a schmeer of bright purple cheese flecked with pistachio-fig brittle and accompanied by thin, golden brown "potato chips." It's technically not a "beer" cheese, as the chef mixes cheddar and cream cheeses with red wine for that gorgeous lavender hue, but it's rooted in the traditional spirit of the dish—and god damn delicious to boot. 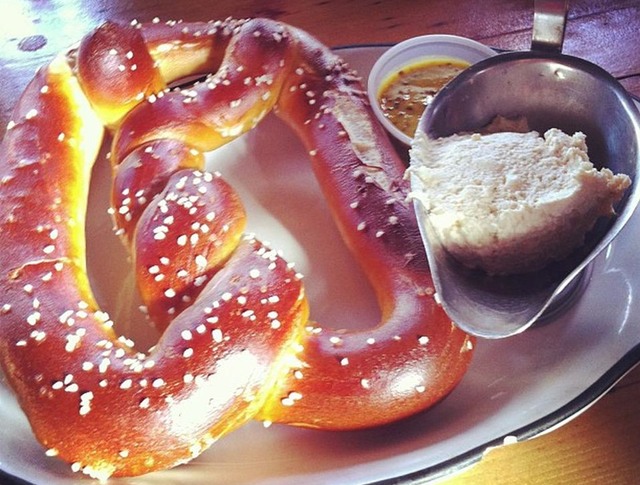 BUSCHENSHANK: This Carroll Gardens tavern puts a Germanic twist on its spicy bier cheese, serving it up with a huge soft pretzel and a ramekin of coarse ground mustard. Their unusual blend of cheeses—grueyere, brie, cheddar and Parmigiano-Reggiano—gets a kick from both cayenne and sriracha, which leaves a fiery flavor right at the back of your throat. Pair it with a liter of crisp Radeberger or a Hacker Pschorr Maibock to cut some of the fat and heat. 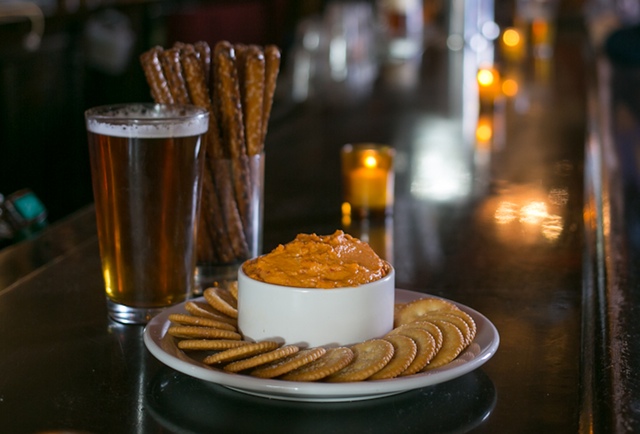 FLOYD BEER CHEESE: A few Kentucky natives who emigrated to Brooklyn developed their own version of the hometown favorite, inspired by visits to Halls On The River—the aforementioned birthplace of beer cheese—when they lived at home. Jim Carden and Andrew Templar opened Brooklyn's Floyd in 2004 and began selling their beer cheese on the bar's menu. Eventually the duo partnered with Kevin Avanzato to open both Union Hall and The Bell House, where they also put their cheesy creation on the menu.

Though Carden tells us the recipe is "guarded," he does reveal they source their sharp cheddar from upstate New York and that a "local craft brewery" provides the crisp lager in the mix. Floyd Beer Cheese doesn't rock the same garlicky power punch as its brethren, favoring instead a more subtle spice flavor that lets the inherent funk of the cheese shine through. They also offer Spicy Jalapeno—with lots of fresh chili flavor—and Smokey Bacon flavors.

Floyd Beer Cheese is available at Union Hall, The Bell House and Floyd bars in Brooklyn, as well as retail outlets throughout the city; floydeats.com

#alder
#beer cheese
#best of gothamist
#buschenschank
#earl's beer and cheese
#floyds beercheese
#pub cheese
#the bell house
#the redhead
#union hall
#original
Do you know the scoop? Comment below or Send us a Tip