Where To Eat The City's Best Hamentashen In Celebration Of Purim

Holidays that encourage drinking and eating cookies come around but a few times a year and for the many partaking in Purim this year, that time is nigh!

The Jewish holiday celebrates the victory of the Jewish people over a sinister plot by Haman, an advisor to King Ahasuerus who wanted to murder all the Jews in Persia. Together with her uncle Mordecai, Queen Esther foiled Haman's scheme, so Jews around the world will drink, eat and party in their honor.

Whether you're a person of Jewish faith or not, indulging in the holiday's signature cookie, hamentashen, knows no religious boundaries. Many bakeries offer the cookies year-round, while others save their poppy seeds just for the month of March. Below, a few places to stock up on Haman's hat in NYC. 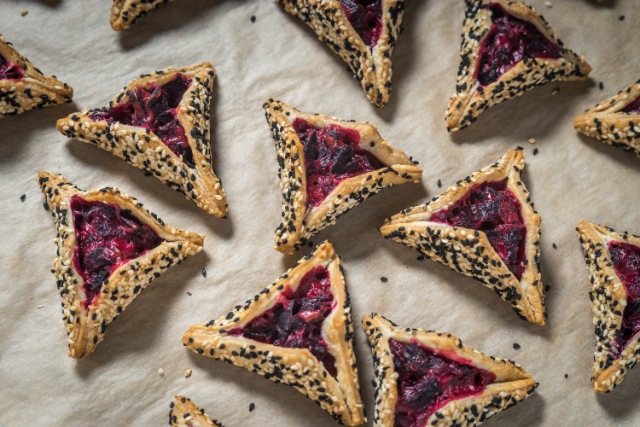 This year, all three locations of Breads Bakery offer the less common savory hamentashen in two flavors: Roasted Beets and Potato with caramelized onion, both studded with sesame seeds to differentiate them from their sweet counterparts. They'll have traditional sweet flavors as well, including poppy, apple, prune and chocolate. Cookies are priced at two for $4, six for $10 and 12 for $18 and they're available now through the end of March. Multiple Locations

Weiss Bakery offers a dizzying array of baked goods but for Purim, it's all about the hamentashen and the kreplach, boiled triangular dumplings filled with things like meat and potatoes, or in the case of their Midwood and Borough Park locations: cheese. Their cookie flavors are no joke either, ranging from traditional poppy and prune to unique rosemary and double chocolate varieties, available now for $8.30 per pound. 5011 13th Avenue in Borough Park or 5011 13th Avenue in Midwood 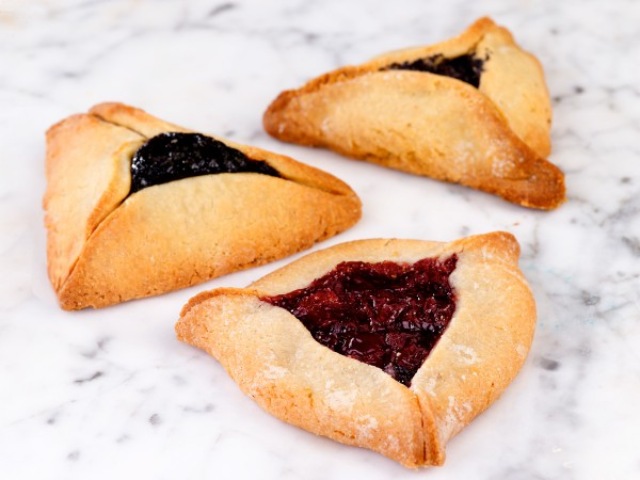 On the Upper East Side, William Greenberg Desserts offers a boatload of different fillings including cherry and cheese in addition to the classic poppy, apricot, raspberry and chocolate. One mini cookie sets you back $1.50 and a larger $3.50. 1100 Madison Avenue

Stock up on both hamentashen and rugelach at Podrigal's Bakery in Borough Park. For now, they've only got apricot on offer for the former, but by early next week they'll have a full lineup that includes chocolate, poppy, raspberry and prune. The hamentashen can be procured for $8 per pound. 1272 56th Street

Russ & Daughters dishes out more than just superb smoked fish this time of the year. They haven't yet begun offering their seasonal hamentashen, but past years they've offered the traditional apricot, prune and poppy, so expect much of the same this year. 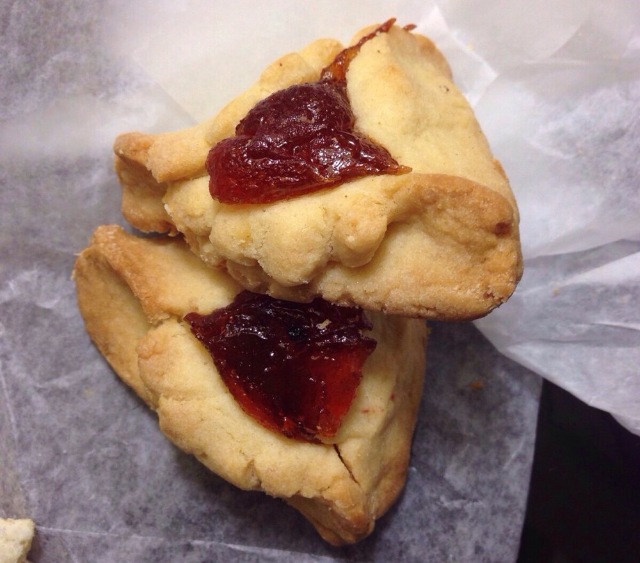 The facade of East Village mainstay Moishe's Bake Shop may have gotten a bit of a facelift, but they're still turning out the same plump hamentashen from their kosher kitchen. For just $1, you can stuff your face with apricot, prune or poppy cookies and still have money leftover for a classic black and white or rainbow cookie. 115 2nd Avenue

The offerings are a bit pricier north at Morningside Heights bakery and cafe Hungarian Pastry Shop, where an apricot, poppy, walnut or prune hamentashen costs $2.30 each. But its cafe status mean you can actual sit and savor your cookies instead of cramming then into your mouthole on the go. 1030 Amsterdam Avenue

The sleek newish renovations of South Williamsburg's Sander's Bakery showcase shelf upon shelf of cookies and babkas and cakes and challah. Be strong! Beeline for the hamentashen—chocolate, raspberry, apricot, blueberry and prune are currently on offer—which, at 50 cents a pop, are some of the cheapest on this list.

Located directly across from Di Fara pizza in Midwood, Isaac’s Bake Shop services both line-waiters from the pizzeria and the community's Jewish population, who come for the babkas and the attentive service. At the moment, they're also offering three different hamentashen (chocolate, poppy and apricot) at $1.75 for five.