Where To Eat Luscious Latkes For Hanukkah This Year

Hanukkah kicks off Sunday at sundown, which means it's time to grab your gelt, keep your candles dry, try to remember how to play with your dreidel and, if you are lucky, eat a whole lot of fried food in the next eight days. Namely: latkes. Whether you're celebrating or not, here are some enticing options for fried potatoes to shove in your mouth hole next week.

In the photo above, you'll see Little Muenster's version of the beloved holiday treat, which owner Adam Schneider says is made with his "grandfather's secret latke recipe," which is how all great comfort food dishes should be passed down. All next week at their Hudson Eats outpost, the team will be frying up these bad boys and topping them with house-whipped ricotta, lemon zest, granny smith apple slaw and smoked trout roe. Bet your bubbe didn't make 'em like that! Snag three latkes for $12. Hudson Eats is located within Brookfield Place at 200 Vesey Street

On the Upper West Side, Bustan, a modern Israeli restaurant, is employing sweet potatoes and zucchini for their version of latkes, imbuing the pan-fried treats with slightly more nutritional value. That said, it's a massive portion, including four thick latkes served with smoked salmon pastrami, a dill creme fraiche and some amber orbs of salmon roe for $14. If smoked fish isn't your jam, the restaurant will also fry up more traditional potato latkes (four for $11) with homemade sour cream and apple sauce on the side. 487 Amsterdam Avenue, (212) 595-5050 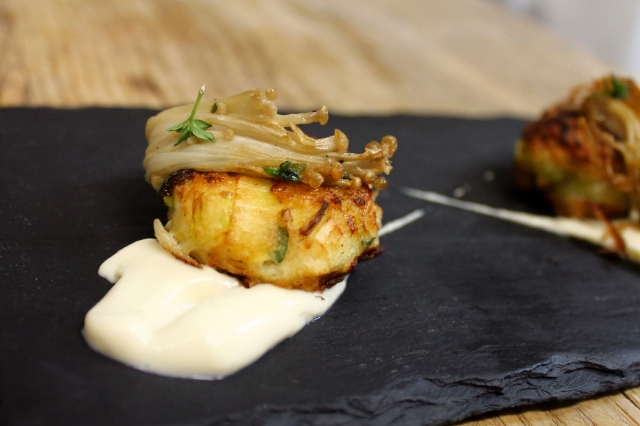 There exists such a thing as a potato-free latke and you can find it at Timna, an excellent new Israeli spot that opened on St. Mark's Place this year. Chef Nir Mesika is crafting his latkes with leeks, goat cheese, fresh thyme and ginger, which he binds together with egg and flour and then pan sears. On top, butter-and-vanilla sauteed enoki mushrooms and on the bottom, a puree made of sunchokes. These delicate latkes are available December 6th through 13th for $13 a plate. 109 St. Mark’s Place, (646) 964-5181

Elsewhere in chefs sneaking vegetables into our carb fest, Chef David Waltuck's family recipe includes carrots in the latkes, which give the little cakes and orange glow. At this restaurant elan, Waltuck is serving "Paul's Potato Latkes," which are every bit as rustic and comforting as you'd expect, for next week's holiday. A serving of three is $12 and comes with sour cream and apple sauce. 43 East 20th Street, (646) 682-7105 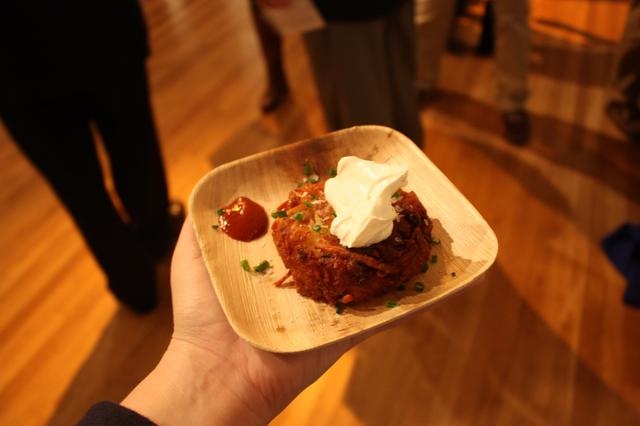 And if deciding on just one kind of latke leaves you verklempt, there's Monday's Latke Festival, a big tasting event with dozens of latke pushers from local restaurants. Jacob's Pickles, Shelsky's, Veselka, Benchmark and a bunch more will fill up the Metropolitan Pavilion with the smell of schmaltz from 6:30 - 9 p.m. Tickets $65 regular and $100 VIP. 125 West 18th Street