Where To Eat Latkes In Preparation For Hanukkah

Hanukkah's not for a few more weeks, but it's never too early to chow down on the holiday's notable fried delights: latkes. Whether you're celebrating or not, here are some enticing options for fried potatoes to shove in your mouth hole now through the end of the month.

The 8th annual Latke Festival finds a new home Monday, December 19th at the Brooklyn Museum, where dozens of restaurants fry up their signature take on the potato pancakes, ranging from traditional to versions made with things like spaghetti squash or topped with duck confit and pickled daikon. All-inclusive tickets ($70/$120) include as many latkes as you can stomach plus beer, wine and cocktails. 200 Eastern Parkway 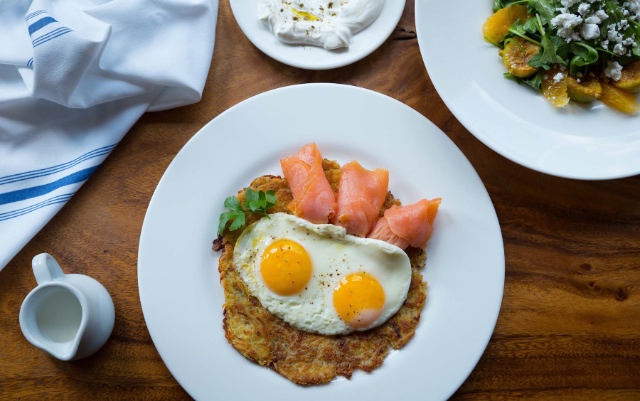 On the Upper West Side, Bustan, a modern Israeli restaurant, makes a meal of latkes, pairing them with smoked salmon and the egg preparation of your choice ($18) for their daily brunch meal. On the side, a serving of tangy labaneh yogurt, which also accompanies the dinner version ($10) that ditches the eggs and fish in favor of traditional apple sauce. 487 Amsterdam Avenue, (212) 595-5050 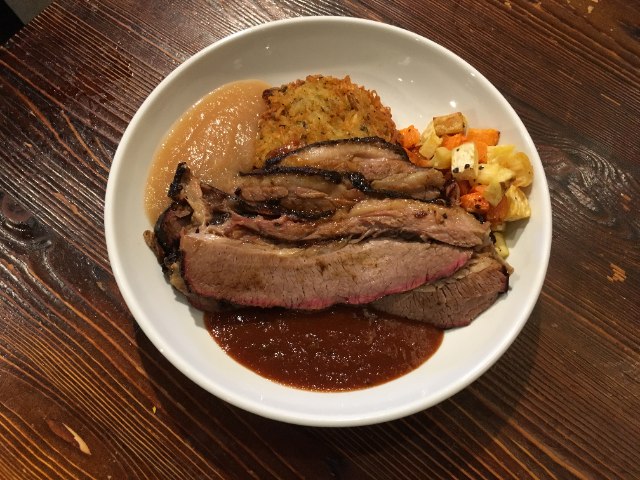 The Chrismukkah tradition is alive and well this year at Dinosaur Bar-B-Que where you can hit up the Chrismukkah Pit Plate to test the elasticity of your stomach. $15.95 buys you smoked brisket with apple BBQ, potato latkes, roasted winter root vegetables and homemade apple sauce and sour cream. Multiple locations 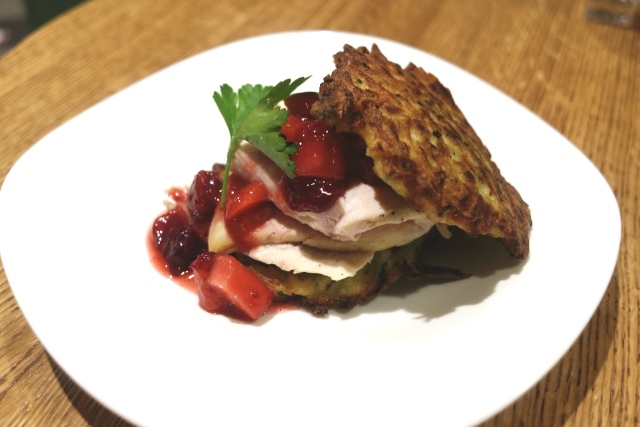 The outpost of Ellary's Greens at subterranean subway market Turnstyle offers a latke dish perfect for consuming on the go. Pick up a Turkey & Potato Latke Sandwich ($9) that's a cross between Hanukkah and Thanksgiving with the poultry and the cranberry sauce topper. It might be portable, but that doesn't mean it's not messy. Enter at the West 57th Street and 8th Avenue, (212) 246-2900 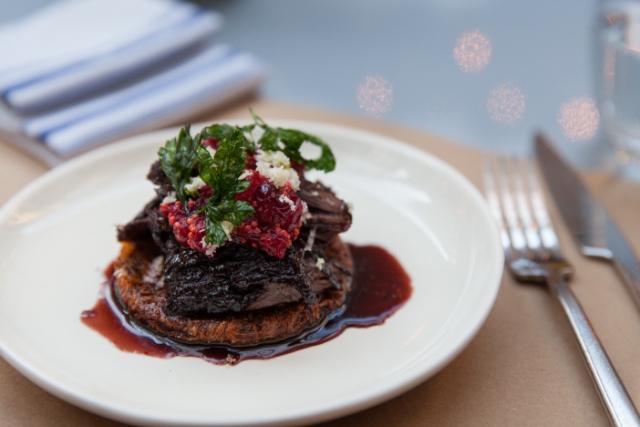 And finally, though latkes are generally an egalitarian dish, the version being served at The Vine has a decidedly upscale bent. "The Vine Holiday Medley" ($17) uses a sweet potato latke as a vessel for apple braised short rib, which in turn is topped with a cranberry mostarda and fresh horseradish, adding tartness and some heat. 851 6th Avenue, (212) 201-4065

#Hanukkah
#latke
#latkes
#original
Do you know the scoop? Comment below or Send us a Tip