Where To Eat An Indian Breakfast In Manhattan

When we think of Indian food, certain staples might come to mind: rich chicken vindaloo, garlicky naans and sweet chutneys, and, of course, lamb rogan josh. But finding specially-crafted—and authentic—breakfast or brunch dishes in New York City proves much harder to find.

To be sure, there is no one type of "Indian" cuisine. Certain staples are found in kitchens across the country, of course: curries, meats and vegetables soaked in sauces, chickpeas, lentils, and a wide variety of spices ranging from cardamom to saffron.

But in the Northern region of India, you're more likely to see dishes that utilize dairy products such as cheeses, yogurts and ghee (clarified butter). Because clay ovens are widely used in the North, naan is quite popular, as is korma, one of the creamier, nuttier sauces found on most menus. Further West, you'll find influences from three main regions: Gujarat, Goa, and Maharashtra, which are celebrated for their use of chutneys, coconut milk, and fish. The Eastern region of India is actually best known for their sweeter dishes; in other words, dessert.

As the New York Times noted twenty years ago, Southern Indian cuisine is harder to come by in New York City, something that is still true to this day, save for the dosas that have found their way onto many menus in Gotham. But at Pongal, breakfast for dinner still includes a variety of Utthappam (rice and lentil pancakes served with sambar, coconut and tomato chutney), Rava Dosai (cream of wheat and rice crepes), and, of course, their signature Vada (a fried lentil donut served with coconut chutney). 110 Lexington Avenue

Desi Deli in Midtown West also offers some quick breakfast options you can grab before work, like Aloo Parantha (flatbread stuffed with potatoes) and other iterations stuffed with cauliflower and white radishes, served with yogurt; as well as the traditional Desi breakfast of Puray Choli (made with chickpeas) and Bhutara Cholla, spicy chickpeas served with fried bread. 724 10th Avenue 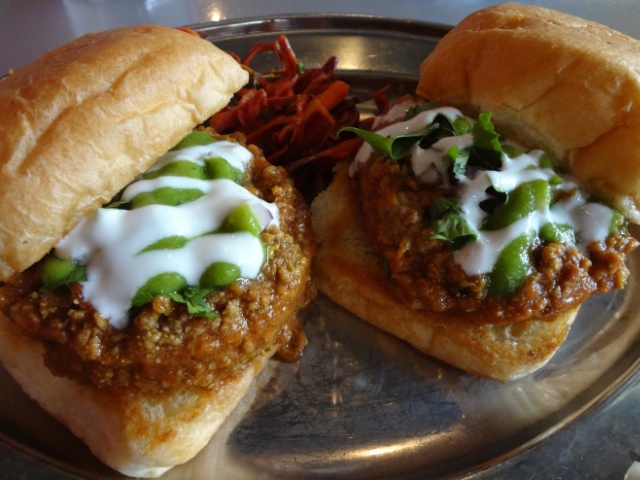 Laha Sahab on the Upper West Side, which recently opened in August, features modern Indian cuisine and brunch options like Mom's Egg Burji, which is essentially scrambled eggs tossed with cumin, onions, and green peppers, served with zeera aloo and tawa parantha. They also offer Sloppy Lala's, minced lamb cooked with onion, ginger, garlic and garam masala served on a roll, and Chicken Tikka Sliders, tandoori roasted chicken served on a roll, all exclusively for brunch.

A typical Indian brunch or breakfast is served with a lot of sides such as pickles, yogurt, and chutneys, which are meant to be eaten with stuffed bread Aloo Paranthas (whole-wheat bread served with spiced potatoes), according to owner Abishek Sharma. 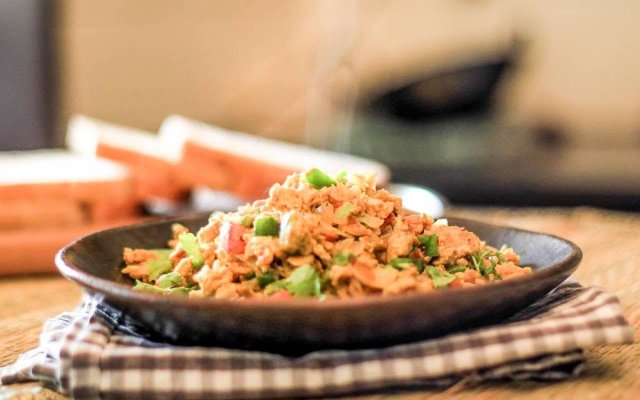 "A lot of people have a perception that Indian food is a bit too heavy for brunch or that it doesn't involve typical brunch items," Sharma said. "We want to change the way people think, because we know people are looking for alternatives to the typical. Restaurants tend to cater to what guests are accustomed to seeing on an Indian restaurant menu, like saag paneer and chicken tikka masala."

In a typical Indian household, he added, a lot of Indian brunches include eggs with paranthas and sandwiches. That's why he wants New Yorkers to be able to experience something authentic yet rarely seen, something an Indian family would make for breakfast at home.

"On a typical Saturday and Sunday mornings, my mom would cook our family scrambled eggs, with cumin, onions, and green chilies and serve it with parantha and ketchup," he added. 489 Columbus Avenue 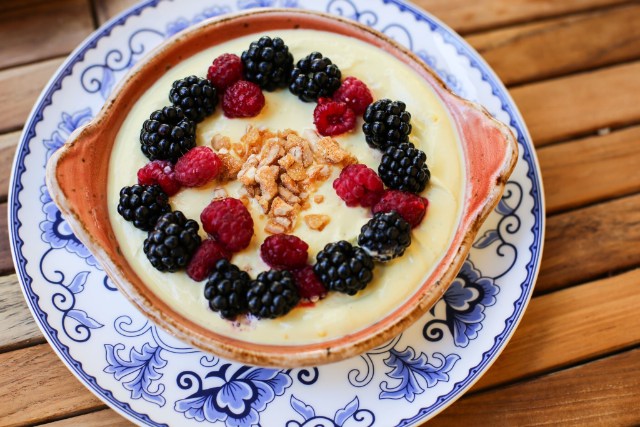 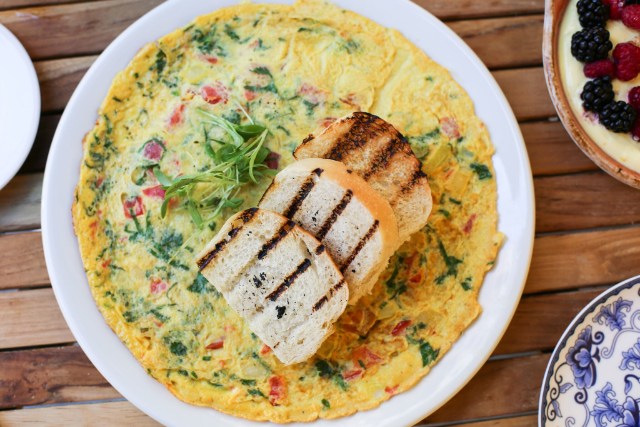 Our favorite story is the one behind the Eggs Kejriwal, named for Devi Prasad Kejriwal, a long-ago member of Mumbai's Willingdon Sports Club who had a passion for the eggs that were forbidden under his culture's strict vegetarianism. Kejriwal had the club's kitchen camouflage the egg with melted cheese and chiles, and the dish became so popular it developed a life of its own. Cardoz adopted the dish himself at his Mumbai restaurant, The Bombay Canteen, and now introduces it Paowalla.

"Most Indian food has been portrayed as heavy and over spiced, which is not the case. Indian food is light flavorful and delicious and my love for eggs makes it perfect," said Cardoz. "People in New York City love breakfast tacos, chilaquiles, and burritos, so I think it's a matter of time before Indian breakfast food becomes a mainstay." 195 Spring Street 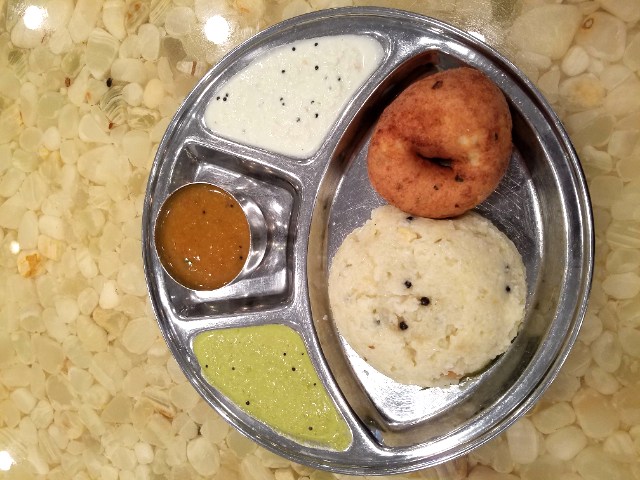 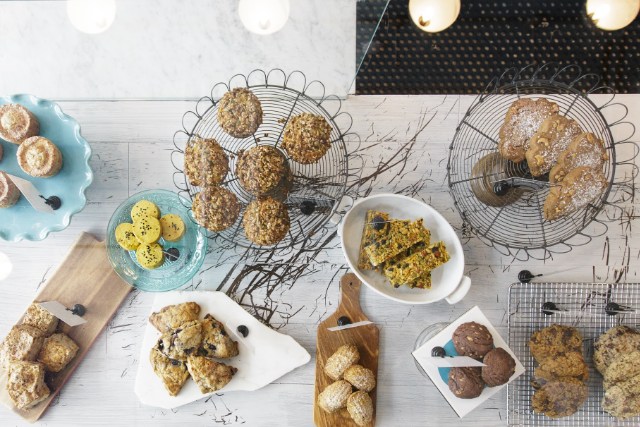 Last but not least, Nomad-based Pondicheri Cafe, which also has a Houston outpost, serves straight-up breakfast right here in the city. There are a ton of breakfast specific options, seven days a week, that include the "Breakfast Frankie" made with cilantro chutney and eggs scrambled with crunchy vegetables and masala, and the "Aloo Paratha," one of the most common breakfasts in India.

"We ate aloo parathas at least once a week at home. My mother made the best, most crisp ones and I would dip it in strawberry jam and yogurt," said Chef and Owner Anita Jaisinghani. 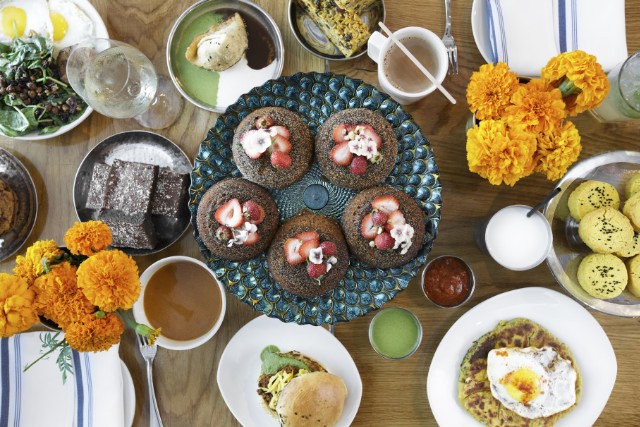 After preparing spicy potato mash and rolling out a piece of whole wheat carrot dough, the potato filling is spooned inside and rolled again, and, finally, sauteed with ghee.

"Given how much people are on the go in New York from early hours, I knew breakfast would resonate well with the lifestyle here," said Jaisinghani. "I would love to see people's attention back on eating a better breakfast. Indian flavors first thing in the morning are a great addition to any city. Many people don't know how great Indian breakfast is. I don't know why that is, but I know I want to change that." 15 West 27th Street

Helaina Hovitz is a native New Yorker, editor, journalist, media start-up co-founder and author of "After 9/11." Passions: social good, animal rescue, mental health, and, of course, food. She has written for The New York Times, Glamour, Salon, Teen Vogue, VICE, New York Observer, Daily Meal, and many others. Follow her on Twitter and Facebook.

#indian breakfast
#indian food
#original
Do you know the scoop? Comment below or Send us a Tip