Where To Celebrate National Margarita Day, A Stupid Fake Holiday You Can Believe In

Another day, another Day. Today's gimmicky excuse for publicists to drive us insane is National Margarita Day, which as far as we can tell has about as much real-world significance as Whacking Day, or Christmas (we kid!). And Lord knows we hardly need any excuse or encouragement to pound tequila. But today is Friday and we're willing to suspend our disbelief in the spirit of that same wild abandon that margaritas so perfectly embody. Here are a few potentially good deals and activities for the observant:

Starting at 7 p.m., Nitehawk Cinema will be turning their ground level bar/cafe into a Mexican cantina, screening a string of Mexican films such as Exterminating Angel and El Mariachi until closing time. There will be a $5 Mexi-can (Tecate and Tequila shot deal) and one-day only menu item of $5 Margaritas on the rocks. Stick around until midnight for a "LIVE+SOUND+CINEMA" screening of the 1989 Alejandro Jodorowsky thriller Santa Sangre, with live music by Long Distance Poison. Jodorowsky is famous for his psychedelic head trip films, which make for perfect midnight movies—especially with a few margaritas swishing around in your head. (Unfortunately, they're not mixing margs for the theater, so load up before the screening, during which you can order all the tequila you can handle.) 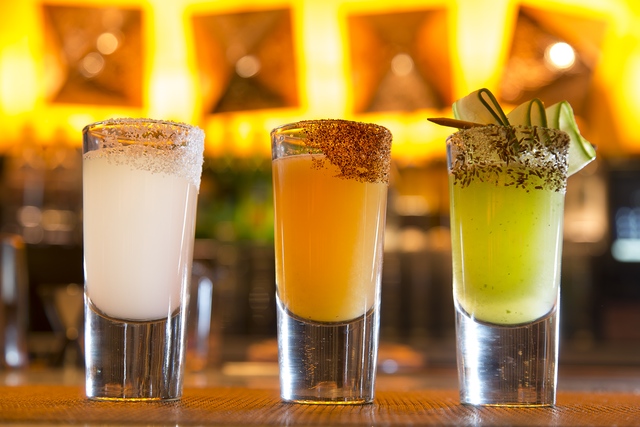 Spice Market, a big and beautiful Southeast Asian restaurant in the Meatpacking District, HAS NO RIGHT getting mixed up in sacred National Margarita Day observances. But they're doing it anyway, and it does sound kind of tasty. They're selling half-price pitchers of their Signature Ginger Margaritas, made with ginger lime syrup and rimmed with ginger salt. The pitchers ordinarily cost an obscene $48 but tomorrow they're priced to move at $24. Each pitcher makes for six servings, so the discounted price isn't too shabby. And it goes without saying you'll need several of them to endure the Meatpacking District on a Friday night.

Other than that, you're on your own. Observe Nat Marg Day at any bar where margaritas are sold, which gives you a lot of options for which you don't need us. Or just avoid the Margarita Day crowds and have your own celebration at home—fill a shaker with 1 cup ice, then add 2 oz. tequila, 1 oz. Cointreau and 1 oz. lime juice. Secure the lid and shake vigorously for about 15 seconds. Fill a margarita glass with ice, then strain the drink into the glass, garnishing with a lime slice and salt. And don't forget the Buffett: