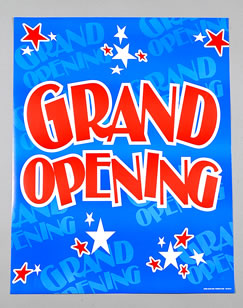 This week's New York Mag runs down some of this season's upcoming restaurant openings -- better start planning now. We've already given you the scoop on Will Goldfarb's Picnick and Peter Hoffman's Back Forty, due in September and October respectively, but we're looking forward to some of the other spots highlighted by Rob and Robin, especially noodle shop Bun, from Mai House chef Michael Huynh and his wife, Thao Nguyen, and El Quinto Pino, from the Tia Pol gang.

Speaking of noodles, the Momofuku mini-empire is doing some shifting this fall, as the original noodle bar moves into its larger home a block north. The old location will be turned into Ko, which will serve a set multicourse menu, starting in November.

In other news, Alex Ureña will be turning Ureña into Pamplona, still Spanish, but slightly more affordable; Aquavit's Marcus Samuelsson will showcase African cuisine at Merkato 55 in the West Village; Anita Lo does Asian-style barbecue at Q, also in the West Village; and the 2nd Avenue Deli will re-open in its new home on 33rd Street near 3rd Avenue.