What to Expect at the Momofuku Milk Bar 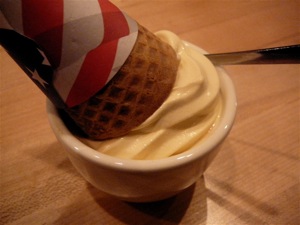 Two months ago, weighing in on the ever-evolving Momofuku rumor mill, chef David Chang told Yum Sugar that plans were underway for “an expansion of soft-serve, bakery, and dessert at Ssäm Bar.” Eater has now confirmed that the conversion of a former laundromat space toward the back of Ssäm Bar is almost complete and that the annex will go by the name Momofuku Milk Bar. Interior preview here.

At the helm will be executive pastry chef of all three Momofuku restaurants, Christina Tosi, who has made a name for herself with desserts like rhubarb shortcake with crème fraîche, carrot cake crumble, and Amish cheddar shortcake with roasted apples and ham cream.

In his three star review of Momofuku Ko in May, Frank Bruni was downright transfixed by Tosi’s fried apple pie, describing its perfectly rectangular appearance “as if it came straight from McDonald’s, only McDonald’s wouldn’t accessorize it with sour cream ice cream and a swish of sweet, salty toasted miso.”

Tosi is also known for her unhealthy obsession with soft serve ice cream, and flavors like Cracker Jack, pumpkin cheesecake swirl, espresso, cream, and peanut butter. Eater reports that “the milk bar will offer a selection of flavored milks.” There has been no word yet as to whether bacon flavored milk will be on the menu. UPDATE: Eater has the menu, which you can also see after the jump. 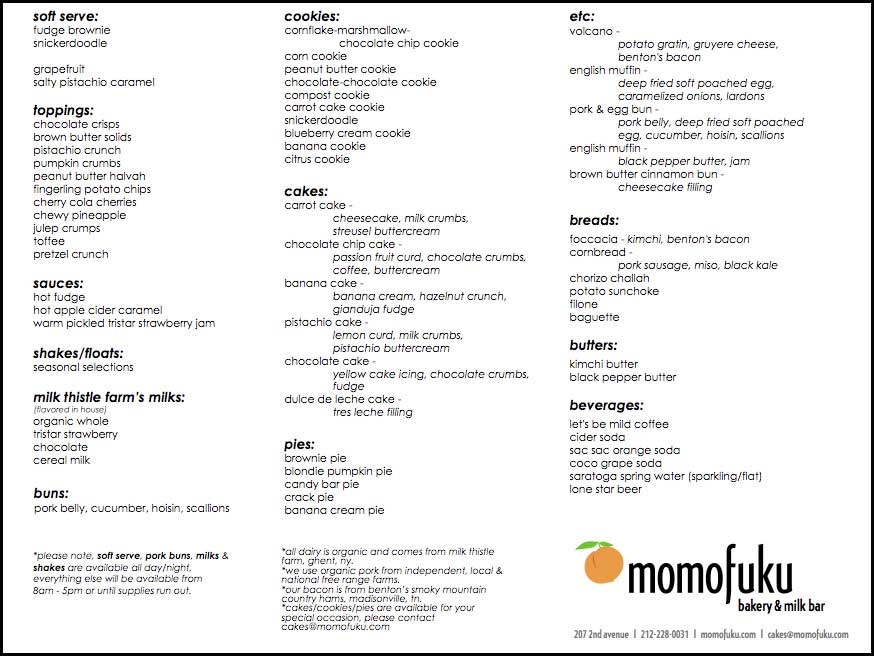 #christina tosi
#david chang
#momofuku
#momofuku milk bar
Do you know the scoop? Comment below or Send us a Tip