Our latest installment of Quick Bites brings us to a nautical Welsh gastropub on Smith Street in Brooklyn.

THE VIBE
There's a sea-blue newcomer in the heart of Smith Street's restaurant row, and it's pretty much everything you'd want from the area's first Welsh gastropub.

Sunken Hundred—the name has a delightfully epic backstory, set during the reign of King Gwyddno Garanhir in 600 A.D.—is warm and inviting. It features tons of dark and sturdy wooden furnishings, including an impressively thick bar which was carved, I am told, from an ancient hemlock.

There are nautical touches throughout, as Wales is very much a seafaring land. And humor is prevalent in the decor as well, with plenty of it playing off the Welsh love of literature and their impenetrable language.

It's not a place to eat if you seek privacy (unless you get one of the two window booths), or don't want to dine with children nearby. It very much IS a place to eat if you're looking for a homey, infectiously friendly atmosphere with gregarious hosts and, most important, some very good food, the likes of which you're unlikely to encounter in any other new restaurant this fall. Maybe this will help it survive the Smith Street Curse. 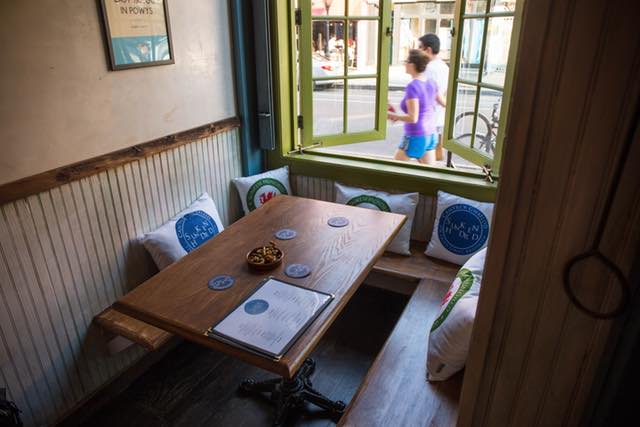 THE BITES
The Sunken Hundred menu is focused and appealing, filled with strange words and comforting ingredients, but before you can make up your mind about anything, your server presents you with a crock of marvelous seaweed-infused sourdough puffs, which are dense, crisp, chewy, greasy, and intensely oceanic.

I've tried three of the four main dishes—none of which hit the $20 mark—the best of which was the aromatic Summer Seafood Cawl, with shrimp, tiny clams, and monkfish swimming in a broth you'll want to drink down at the end if you don't first sop it all up with the crusty, Romesco-topped bread. There's also more of that laver seaweed, which they import from the old country and is served here as a wet smear on the side of your bowl, to be administered as you see fit.

The Steamed Mussels entree will not disappoint mollusk fans, an overflowing bowl of plump and tender shellfish in a heady liquid, redolent with calvados, lemon, and plenty of garlic, and chunks of pork belly adding to the pleasure. We were less convinced by the Ffagodau, which consisted of three enormous, loosely-packed meatballs atop bright pureed peas and a puddle of gravy. The flavors were all there, but the cold peas turned the entire dish lukewarm in a hurry.

For some real earthy delights, get the Warm Mushroom Salad, a terrific combination of various fungi, a scattering of funky jamon (there's a lot of Spain on the menu), hazelnuts for crunch, and wilted bitter greens. The Lamb Pasty is also a good choice, the soft, salty shell and sweet tomato chutney perking up the the ground, gamey meat. Back at sea, the Seared Mackerel is exactly as rich and oily as you'd hope, the thin slivers of pickled celery a nice acidic touch.

For dessert, the Welsh Cake Sandwich looks dishearteningly like breakfast when it arrives at the table, but oh man that clotted cream—especially when paired with crumbly, currant-y pastry and tart berry jelly—is so heavenly it made me wonder why I don't eat the stuff several times a week.

THE VERDICTThough only in its first week (and, no surprise, slightly inconsistent), Sunken Hundred looks like a real winner, adding a bold new option to the Cobble Hill/Carroll Gardens restaurant scene. 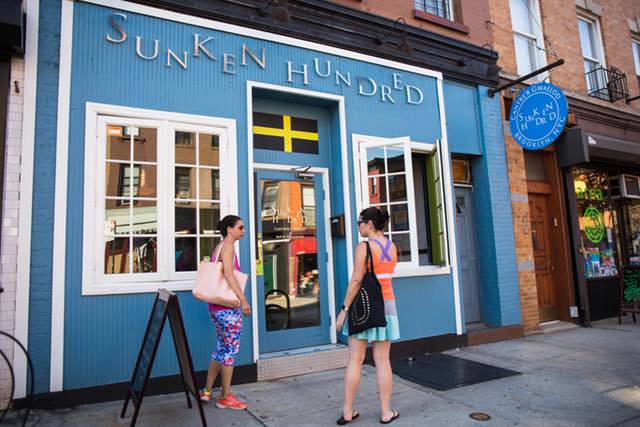