It doesn't count as going back to class if you're making chocolate, so head over to DUMBO's new Valrhona chocolate school for a primer in how to make candy bars at the American Candy Classics tutorial on Saturday. The team from Liddabit Sweets will show you how to make three to four candy bars and snacks using Valrhona chocolate so you can bypass the artificial crap they sell at Duane Reade. The four hour class begins at 1 p.m. and costs $179, including the recipe book, a Valrhona apron and, likely, some sweet treats for the road.

Stroll on over to Sixth Avenue between 46th and 47th on Sunday for the Taste of Jewish Culture Street Fair, the second annual Workmen's Circle event celebrating the best of Jewish food, music and culture. The free street fair runs from 10 a.m. to 6 p.m. and features over a dozen delectable vendors like Black Seed Bagels, Court Street Grocers, Dassara Ramen, Guss's Pickles, Mile End and more. At 2 p.m. there'll be an egg cream contest for best classic and modern interpretations of the fizzy drink, plus book signings, performances and other attractions besides stuffing your face with bialys, knishes, sandwiches and rugelach. 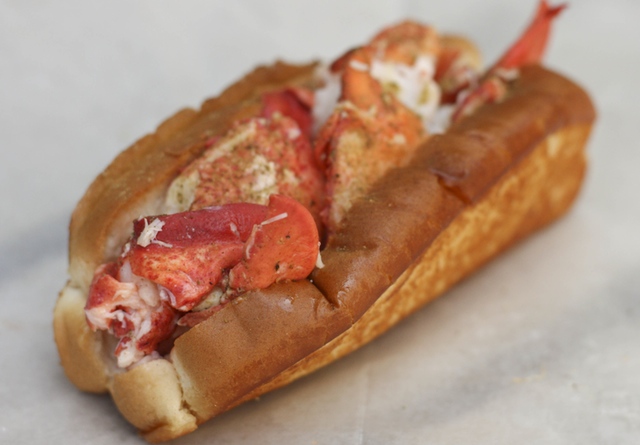 In honor of Sustainable Seafood Week, Luke's Lobster in Midtown is throwing a Maine vs. New York Tasting Event on Sunday, a "friendly competition" to see who's got the best seafood on the East Coast. The two hour event features dishes like New England clam chowder and lobster rolls from Team Maine and oysters and tilefish ceviche from Team New York. A $50 ticket gets you eats plus unlimited craft beers and New York wines, with proceeds benefitting Baykeeper and Maine Lobsterman's Community Alliance.

To mark the longest day of the year, Roberta's in Bushwick is throwing a Summer Solstice Party on Sunday in their back garden complete with face painting, a DJ and skeletons...if the poster is to be believed. From 2 p.m. to 10 p.m. they'll also be spit roasting chickens and offering attendees free shots of mead.

And if you're celebrating dad instead of another trip around the sun, head over to Jimmy's No. 43 in the village, where they're showing off their new Filipino kitchen with a whole roast hog on Sunday. The all-you-can-eat celebration includes unlimited pork in a special sauce, plus Filipino Atchara house pickle slaw. The bar's incredible draft beer selection will of course also be available for purchase.