The inauguration of George Washington as the first President of the United States took place on April 30th, 1789, when he took the oath of office at Federal Hall in Manhattan. Following the ceremony, Washington dined alone at home (Martha wasn't even there!), but 101 years later an anniversary dinner commemorating the event took place at Delmonico's restaurant.

The dinner was held in 1890, when the restaurant was at Broadway and 26th Street—during the evening, toasts were delivered by Grover Cleveland (who would have been in between his two terms as President), David McAdam, Chauncey Depew, Warner Miller, Elliott Shepard, F.B. Thurber, John E. Fitzgerald, Joseph Howard Jr., and Jesse Hawley. 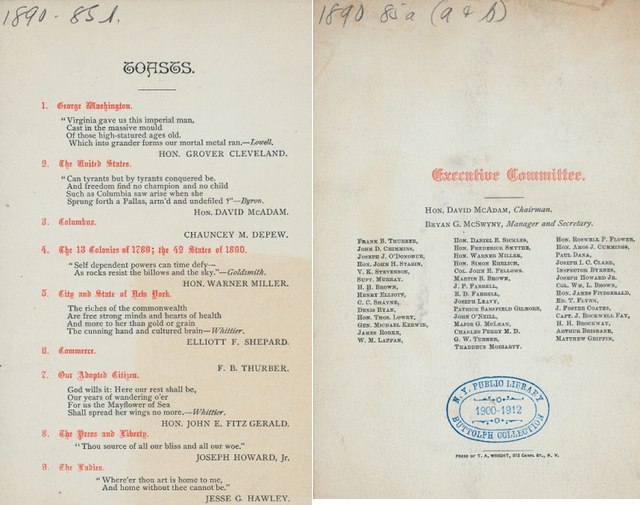 And if you feel bad that Washington had to eat alone after his Inauguration (unlike Obama, who's having steamed lobster with Beyonce right now), don't worry, he had plenty of decedent dinners after that—most notably, his Thursday dinners.

#delmonico's
#dinner
#flashback
#george washington
#history
#inauguration
#menu
Do you know the scoop? Comment below or Send us a Tip