Want To Indulge In Some Historic Election Cake Tonight? Here's A Recipe

Photo by Jen Carlson, who is really a much better baker than this.

Today the NYPL's old menu division Tweeted a link to a 1907 menu that featured an "Election Cake." Turns out Election Day and cake are historically attached, especially in Connecticut.

A Washington Post article from 2006 states, "The cake in question appears to have been adapted from English yeast breads or fruit cakes. Although some historic documents point to its appearance in the early 1700s, the first published evidence of an 'Election Cake' recipe surfaced in 1796, when Amelia Simmons wrote American Cookery, the first known cookbook by an American." While old documents show that women would allow the cake to rise overnight, in these modern times we declare: you can skip that part! After all, it's basically just a coffee cake or fruit cake (depending on which recipe you use).

There are plenty of recipes out there—here's one modern recipe, or you can go old school and follow the original one below... which calls for pounds and pounds of butter, sugar, and flour. 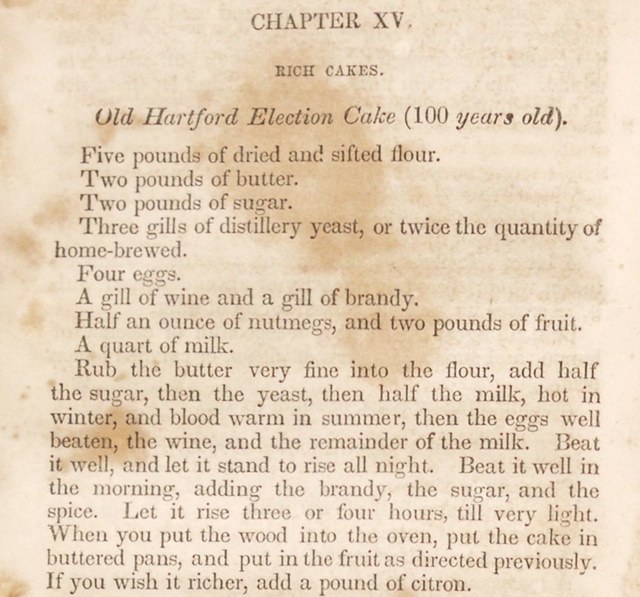 #election cake
#history
#recipe
Do you know the scoop? Comment below or Send us a Tip