If you thought you'd be able to drink your life-giving energy drinks on the subway without shame, think again. The Health Department is relaunching their "Pouring on the Pounds" campaign, this time taking aim at fruit-flavored drinks, energy drinks, sweet teas and sports drinks. The ads, which will be plastered all over buses and subway cars through June, will feature the memorable "glass of human fat" imagery we've been subjected to since the campaign first launched in 2009. These drinks "sound like they’re good for us, but they are contributing to the obesity epidemic just as much as sugary soft-drinks,” explained Dr. Thomas Farley, Health Commissioner. Wait, Gatorade isn't good for you? 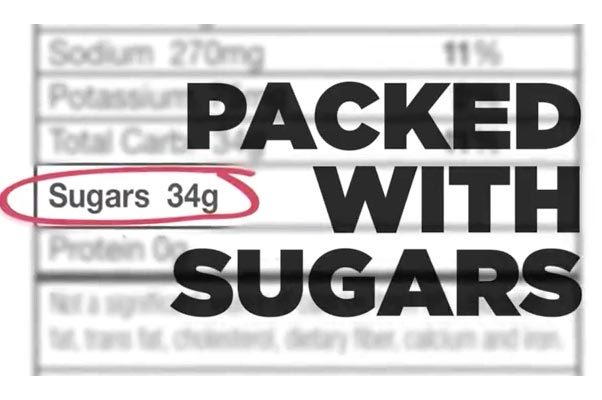 A peek into the Gothamist HQ fridge revealed several energy drinks, including a 20 ounce Red Bull, which packs a whopping 275 calories and 65 grams of sugar per can. That's a huge caloric commitment for a beverage—save it for a meal! And if you need a 20 ounce Red Bull, maybe you should consider taking a nap.

Nationwide, soda sales have decreased, while the sale of non-carbonated sugary drinks has risen dramatically. With the city's diabetes rates continuing to rise, the campaign hopes that awareness about the effects of consuming these drinks will mean consumers make different choices. The campaign encourages thirsty folks to swap out the sugary drinks for less calorically-heavy options like seltzer, fat free milk and water. Good old New York City water.

#energy drinks
#health department
#pouring on the pounds
#sugary drinks
Do you know the scoop? Comment below or Send us a Tip