We're surviving Daylight Saving Time and the Spring Equinox rapidly approaches, two signs that bulky coat and beanie cap season is almost over—for the sane among us, anyway. It's also nearly time for outdoor activities once more, including the season of al fresco markets, like Vendy Plaza, which is returning to East Harlem on Sundays beginning on May 1st. The Street Vendor Project-powered market sets up inside La Marqueta, an urban market space underneath the Metro North tracks at 116th Street. It's a little secluded under there—but the food and drinks are a decent Vitamin D substitute.

"This year we are going to focus less on attracting past Vendy Awards winners, and more on finding and incubating local, first-time or ground-floor vendors," explains Street Vendor Project Director Sean Basinski. "The point is to make Vendy Plaza a reflection of Harlem, which means Puerto Rican food, Mexican food, Southern-style soul food, Senegalese food, some Asian, and an eclectic mix of other stuff."

Two veteran Vendy Plaza fixtures will definitely return this year—La Piraña and YourPanadas—but Baskinski and his team are still accepting applications for new vendors. In fact, the Plaza will serve as a kind of incubator for the forthcoming Bourdain Market, where the Street Vendor Project will be responsible for operating stalls filled by local NYC vendors who'll join the international vendors making up the heart of the operation. 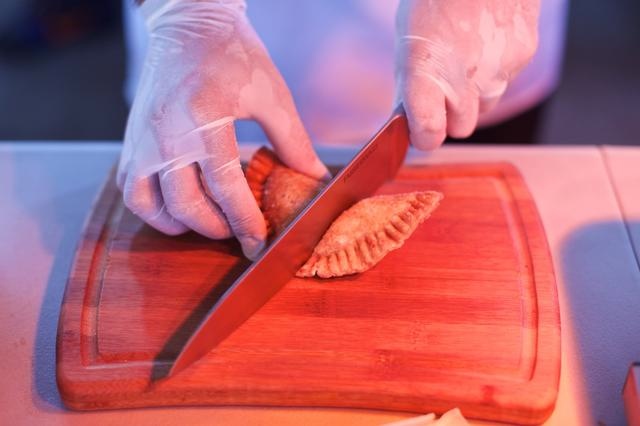 Among the potential vendors being considered for the 2016 iteration of the Plaza are dishes like Columbian arepas, takoyaki, Hunan/Xian-style Lamb Burgers, tamales, fried ice cream and chicken and waffles. Unlike many other markets, vendors pay nothing to sell at the Plaza, a model that's helped past vendors reap enough profit to open their own more permanent shops.

Basinski says there's space for 25-30 vendors this year, an increase of about 10 since the height of last season. In addition to the food, the beer garden will be returning to the space, plus Latin music and local craft vendors as well.

City Council Speaker Melissa Mark-Viverito, whose district office is located in East Harlem, was critical in making the Plaza come together, from inviting the Street Vendor Project aboard to visiting every Sunday during the season. Basinski feels that this community connection—from politicians to the tamale vendors on 116th Street to the locals who populate the market—is what makes the Plaza unique.

"Vendy Plaza is special because of the people, the community feeling there—sure, the food is great, we have to have great food—but we also recognize that with brand new venders, their food many not be as polished," Basinski says. "What we have are powerful stories and the ability to interact with the people who are giving you the food."