Just over a year ago, Baltimore-inspired restaurant Lake Trout opened on Havemeyer Street in Wiliamsburg; three months later, the restaurant closed for a revamping. Lake Trout has yet to reopen its doors, but in the meantime, a vegetable-centric pop-up restaurant will serve dinner in the space two nights a week. Chez Jose, which operated out of nearby Whirlybird for the past year and a half, takes over the small storefront on Tuesday and Thursday nights, offering a product-focused menu of mostly vegetables and sometimes some meat or fish.

Chef Jose Ramirez-Ruiz—who operates the pop-up with girlfriend Pam Yung—told us the menu will change depending on availability, but they'll be working with friends who are farmers and foragers, so expect lots of fresh produce. Service began last week, with seatings at 7 p.m. and 9:15 p.m. Dinners run $55 and you can make a reservation by emailing chezjosebk@gmail.com. 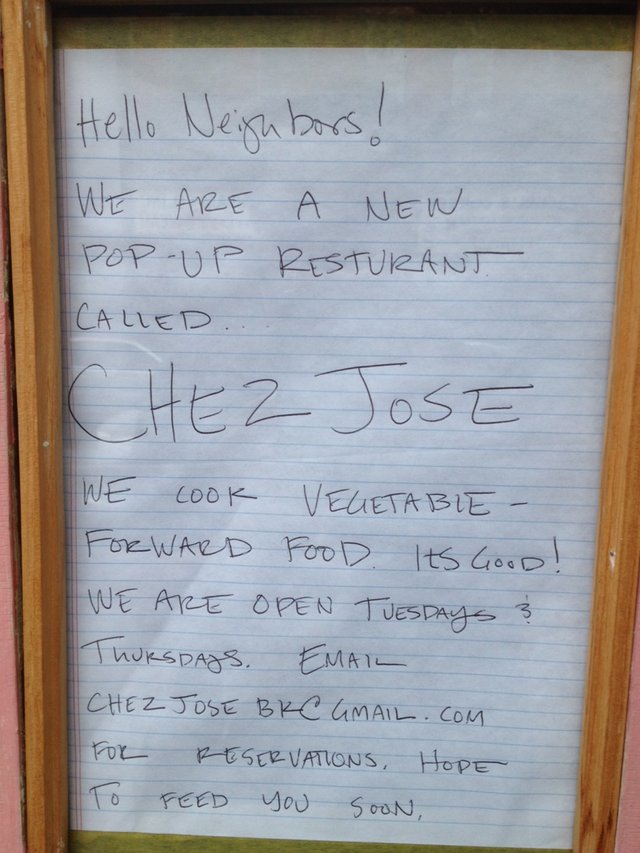