The owners of a Broome Street pan-Asian vegan eatery are suing a restaurant in Astoria over claims the Queens outlet bit their style, from secret recipes to decor to menus. According to a copy of the lawsuit obtained by the Post, Jujube Tree, which opened in October on 30th Avenue, is essentially a copycat of the Manhattan eatery. Behind the rogue eatery: a former kitchen supervisor who allegedly "conspired" with other former Wild Ginger workers to nip proprietary recipes and the business model.

According to Wild Ginger co-owner Xian Ting Fang, he's the only person with the recipes for his restaurant's special sauces, which are prepared only by Fang to ensure the ingredients remain a secret. The lawsuit claims that only someone who personally observed Fang making the sauces could have come up with flavors so similar. Indeed, entire dishes have also apparently been ripped off, like both eateries' spinach salads, veggie dumplings and the red-hued tofu skin wraps seen below. 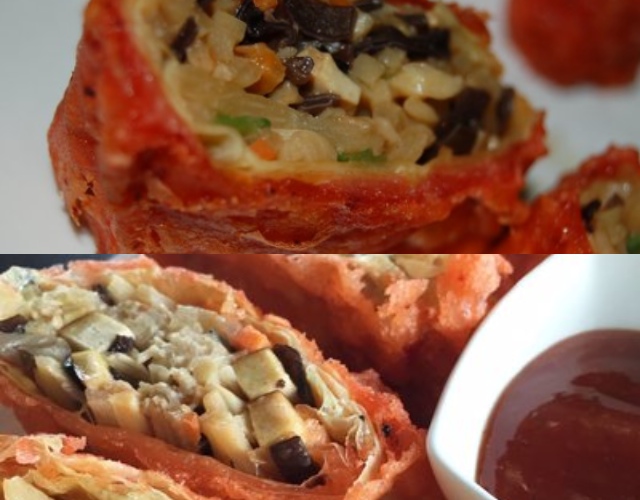 Besides the similarly flavored and plated food, the design of both restaurants boast eerily similar lime and brick motifs, another element that's confusing customers. Wild Ginger has apparently "already received inquiries from customers and potential customers who believed that Jujube is affiliated with Wild Ginger," which led to the lawsuit filing in Manhattan Supreme Court. Also in the damning evidence column: nearly indistinguishable takeout menus—including the same typo!—as well as "similar-looking chopsticks."