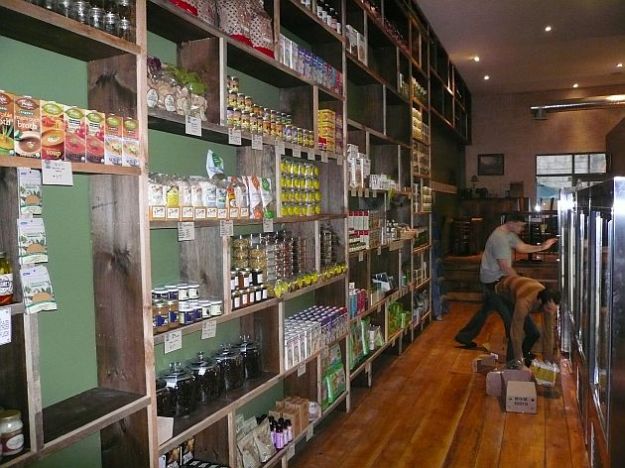 Urban Rustic, the new Brooklyn grocery store whose shelves are almost exclusively stocked with food from within a 100-mile radius, opens tomorrow. Located on North 12th Street across from McCarren Park, the grocery is the brainchild of Aaron Woolf, a partner in the nearby faux-alpine Lodge restaurant/bar/general store. Woolf is also one of the producers of the indie documentary King Corn, which followed the misadventures of two neophyte corn farmers and their harrowing journey into the dark heart of American agribusiness. 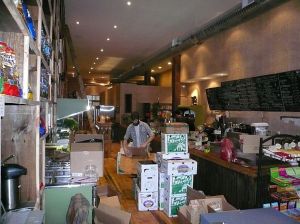 Urban Rustic’s locavore angle seems a perfectly timed fit for the trendy location, what with all new condos lumbering toward completion in the Greenpoint/Williamsburg area. But Woolf and his partners Dan Cipriani, and Luis Illades say they’re determined to make sure the old neighborhood isn’t excluded – a big chalkboard above the deli boasts a wide variety of meaty sandwiches intended to lure “the guys playing handball across the street.” The salad bar and stocked produce will vary according to what local suppliers have fresh each week: the owners are promising a selection of vegetables that were in the ground two days prior. They’re also placing an emphasis on farmers who use electricity from wind-powered sources.

Breakfast and lunch can be ordered from the deli counter and eaten in the back dining area or, during better weather, in the small outdoor space behind the café. Items range from seitan stew to roast beef sandwiches, with smoothies, espresso and coffee. Dinner will feature table service and a variable menu dictated by the day’s fresh haul from their local suppliers. And on weekends Urban Rustic will serve as another neighborhood brunch option for those who can’t seem to make it to the Lodge before the rush. 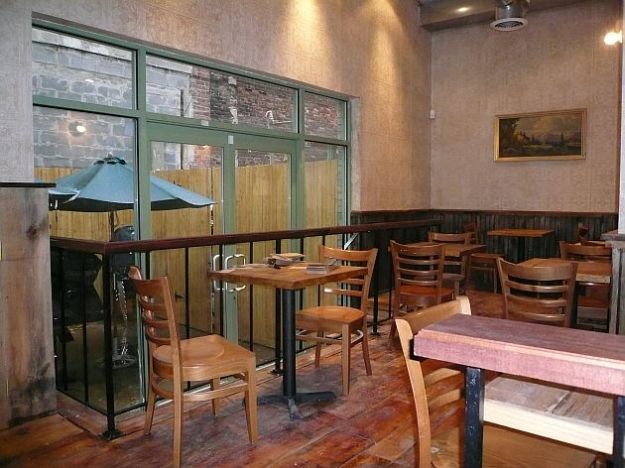