The rumors are true: Trader Joe's is officially opening a second Upper West Side location, on Columbus Avenue and 93rd Street.

That's just over a mile from the 72nd Street location; meanwhile, many other neighborhoods in the city have few to zero pumpkin spice meccas and are facing a scarcity of affordable supermarkets. Still, the 72nd Street location, like virtually all Trader Joe's in the city, is plagued by endless lines, so this is welcome news for those living on the Upper West Side's northern end. (Full disclosure: the author of this piece currently lives a five minute walk from the forthcoming store, and is currently mourning the fact that she will move before she can take advantage of all the mochi ice cream and cookie butter that will soon be so within reach.) 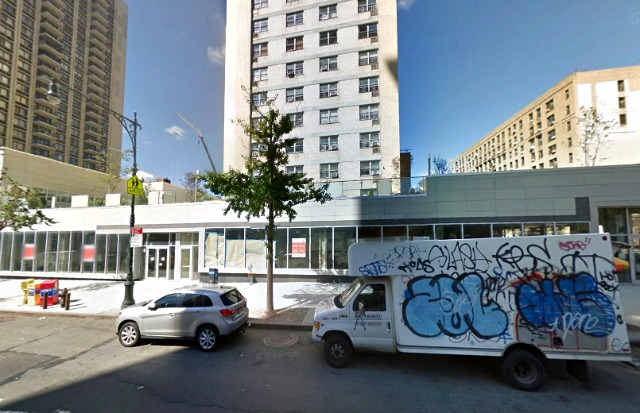 The future home of dried, sliced coconut sticks and many a frozen dumpling. (Google Maps)

The store will be approximately 12,100 square feet, and will be located in the base of a 30-story condominium tower at 670 Columbus Avenue. According to The Real Deal, the asking price-per-square foot on Columbus Avenue is a whopping $450 per square foot.

The Upper West Side certainly doesn't have a dearth of grocery stores: in addition to the 72nd Street Trader Joe's, there are two Whole Foods, one of which is just blocks from this new TJ's location. There are also a number of Fairways and West Side Markets, plus plenty of other less gourmet-aspirational supermarkets. But hey, the more excuses to buy chocolate-dipped dried fruit and call it health food, the better, right?