Union Square's Old Coffee Shop To Become A You Know What

The Union Square adjacent Coffee Shop lasted 28 years in its prime location on the corner of 16th Street and Union Square West, but sadly shuttered late last year. At the time, co-owner Charles Milite pointed to high rent as one of the reasons. "The times have changed in our industry," he said. "The rents are very high and now the minimum wage is going up and we have a huge number of employees."

The salt on the wound came when it was rumored a Chase Bank would be taking over the space, which featured a delightful throwback turquoise hue on its exterior, along with a neon sign that had long given the corner the aesthetic of a mid-century roadside diner. Both are still intact, though it's unclear what will change when Chase takes over... yeah, that rumor was confirmed this week. 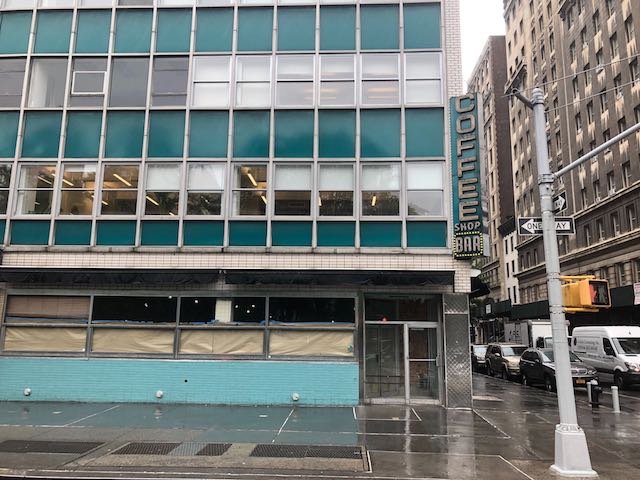 According to Vanishing NY:

Earlier this month, the Office of the Comptroller of the Currency approved Chase Bank's application to establish a branch on the southwest corner 16th Street and Union Square West. The bank is rumored to take over part of what was Coffee Shop, while the rest will go to restaurants and potentially other retail...

Soon there will be a personal Chase bank kiosk for each one of us, until then we must share these: 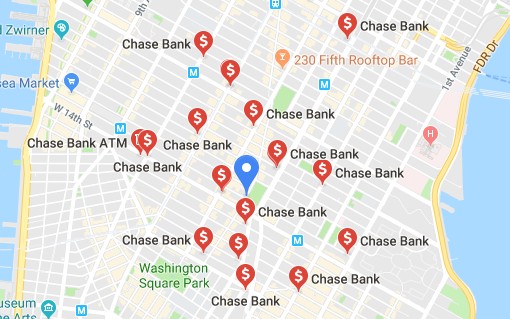