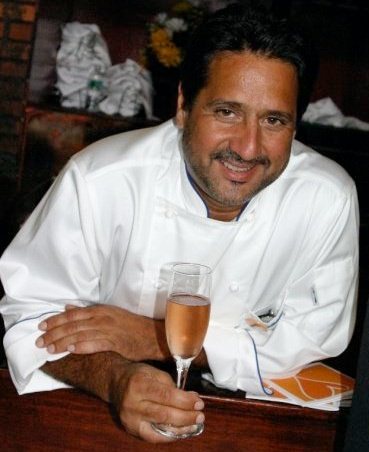 After years and years of bickering, the Parks Department has announced the next operator of the restaurant at the north end of Union Square—and despite all the rumors it really isn't Danny Meyer after all! Don Pintabona, who helped feed relief workers at Ground Zero after 9/11, has won the right to operate the new restaurant, City Farm Cafe, out of the space with his company O-V Hospitality Group LLC. They hope to open to the public by Spring 2012. So, maybe there is hope for the recently troubled park yet?

The new restaurant will be open from May through October offering "casual and affordable food service in the newly restored historic Pavilion in Union Square Park." In the off season the space will be used for educational and recreational activities open to the public: childrens’ programs, fitness programs, and films from the Parks Deptartment, and public education programs to encourage healthy eating habits from the Greenmarket.

Pintabona, who was the executive chef chef at the TriBeCa Grill from 1990-2003 (where he pitched in after 9/11), said in a statement that “It’s a dream come true for a chef to operate a restaurant steps away from the Union Square Greenmarket. I am very excited about planning menus around all the wonderful produce that is in season at the Greenmarket.”

The restaurant isn't the only part of the plan announced today either. The Parks Department is hoping to get approval from the Public Design Commission for a new stand-alone food kiosk at the west of the restaurant "to be constructed using reclaimed materials" that would replace the newsstand that operated in that location and will provide food and beverage items year-round.

#city farm cafe
#don pinatoba
#manhattan
#union square
#union square restaurant
Do you know the scoop? Comment below or Send us a Tip