In 1952, a story called “How I Stay in Shape” was published in Pageant magazine, with the subject being a 26-year-old Marilyn Monroe. Aside from her regular diet of meat and raw carrots (and an occasional ice cream sundae), she told them about her typical breakfast, noting, "I have been told my eating habits are absolutely bizarre. But I don't think so." As Eater noted this week, it was pretty much the paleo diet.

“Before I take my morning shower, I start warming a cup of milk on the hot plate I keep in my hotel room. When it’s hot, I break two raw eggs into the milk, whip them up with a fork, and drink them while I’m dressing. I supplement this with a multi-vitamin pill, and I doubt if any doctor could prescribe a more nourishing breakfast for a working girl in a hurry.”

This sounds intriguing—does the hot milk cook the eggs at all? Does the whirring of the fork make a magical, drinkable scramble?

@jenist Does that sound good or bad though I can't tell. Like super milky scrambled eggs? French toast without the toast?

I gave it a shot this morning, and this is how it went: 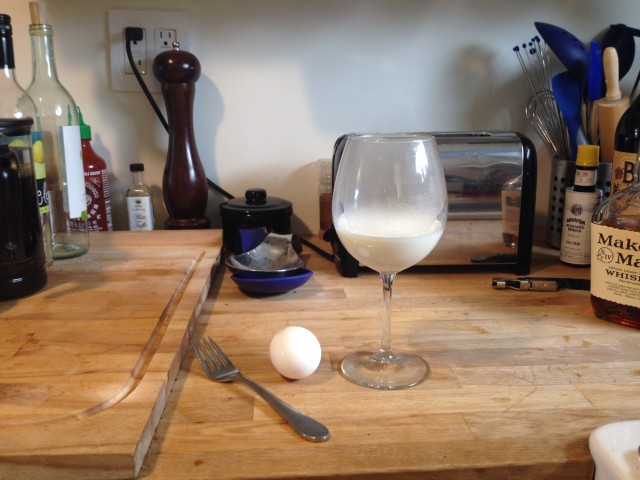 Ingredients: milk (already warmed in a pot on the stove), egg (I went with one egg, not two as called for, because salmonella), one fork, one wine glass because I thought maybe that's how Marilyn would do it (also: red lipstick). 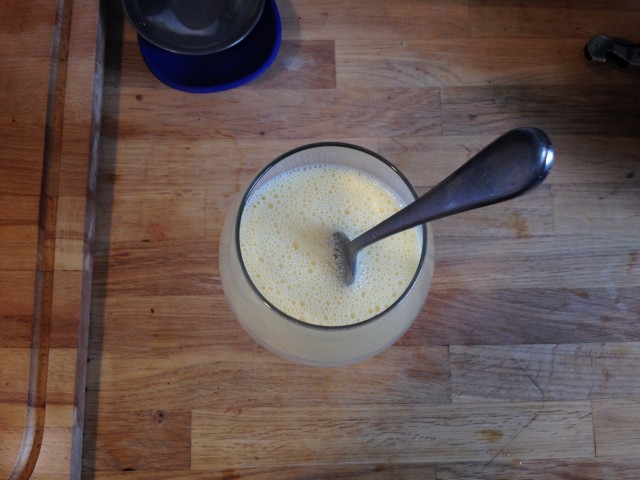 I whipped it up for like two minutes and just got a froth, not the magic scramble I was hoping for. 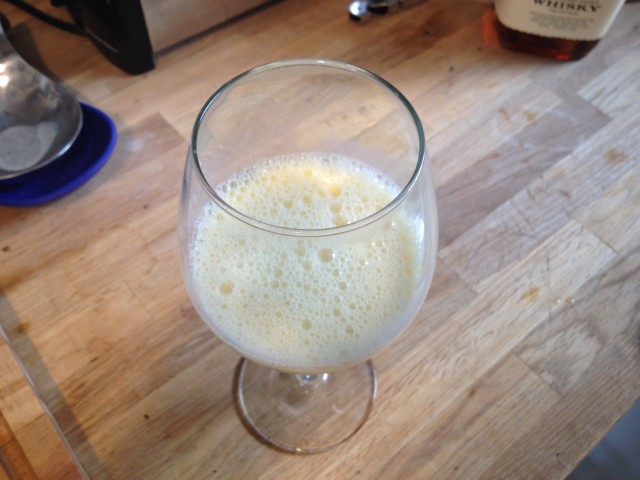 Milkegg mustache achieved, and no signs of salmonella poisoning or dramatic hourglass figure... yet. The mixture (which admittedly, I only had one sip of) tastes surprisingly good, almost sweet—if you can drink raw eggs without gagging, give it a shot. Maybe chase it with a breakfast taco.

#breakfast
#Marilyn Monroe
#warm milk and eggs
#original
Do you know the scoop? Comment below or Send us a Tip