The trendy Tulum-themed outdoor SoHo popup club Gitano was temporarily closed by the Health Department this week (see update below). According to the DOH's website, the violations occurred over two consecutive inspections on July 10 and 11, and included inadequate potable water supply, improper or unapproved sewage disposal, and insufficient refrigeration for food.

Gitano's spokesperson told Eater that the restaurant was open for business on Thursday night, after a brief closure earlier in the week. Aquaria, the winner of RuPaul's Drag Race, was supposed to throw a party at Gitano on Thursday night, but told her followers just beforehand that "Gitano is cancelled tonight." 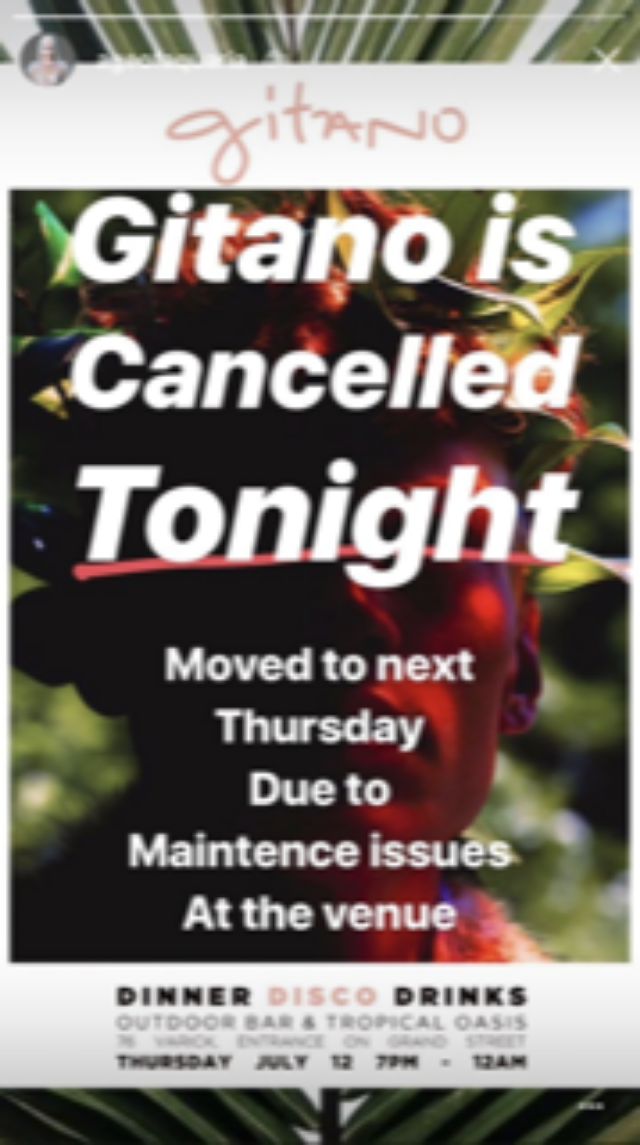 This morning, Gitano was bustling with construction workers, who said they were building an outdoor bar for the restaurant, but couldn't say whether it would be open this evening. 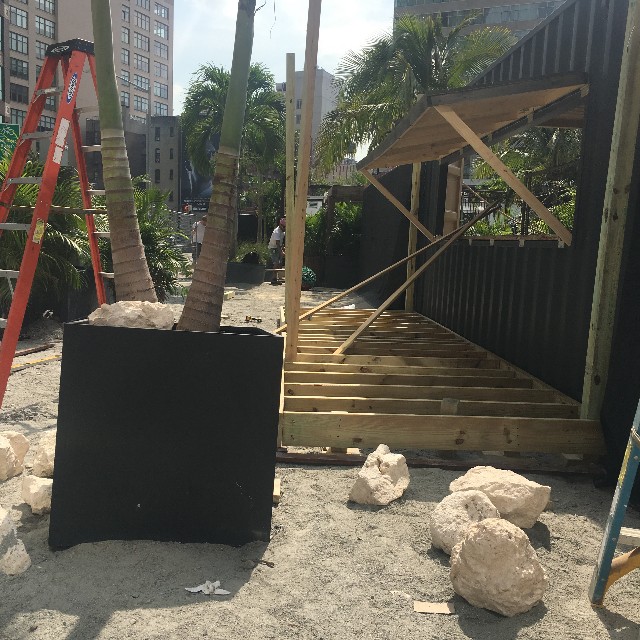 "Restaurants are closed by the Health Department as a temporary emergency measure when there is a public health hazard that cannot be corrected at the time of the inspection, such as a vermin or pest infestation or no working refrigerators," a Health Department spokesman says. "Once these issues have been remediated, a restaurant may request a reopening inspection."

We've asked Gitano's reps when they plan to be open, and will update if we hear more.

For more on Gitano, read our review that we published yesterday.

[UPDATE / 1:12 p.m.] Gitano released the following statement, which we are publishing in full:

New York, July 13, 2018—GITANO NYC met with the Department of Health on Tuesday July 10th for a routine inspection. ​Even though we are a seasonal restaurant​, GITANO has been designed to meet the full New York City DOH food service requirements​. We received a number of violations in the inspection and were asked to stop operations until addressed. We worked diligently to rapidly address all issues and at 9:30pm on July 12th 2018 we had fully addressed all violations and were granted permission to reopen which we did last night.

One of the most challenging parts of this project has been the core utilities infrastructure, bringing city water and waste disposal connections to an empty lot in NYC. This part of the project has required complex work with many government departments including the DEP, DOB, OER, DEP, DOT and of course the Department of Health. Whilst this project was progressing we hired the high end production company Production Glue, who produce the Frieze Art Fair, Governor's Ball and many high end temporary events, to connect us to a temporary NYS Certified Potable Water Storage Tank, a 3,000 gallon waste management system for kitchen with a separate high end portable restrooms, all of which were serviced by United Services on a daily basis. We have now switched from these temporary services and are fully connected to NYC city water and sewer. Some other DOH issues that have since been addressed related to operating an outdoor restaurant including netting to cover our open kitchen to project it from the elements, roof coverage between our two kitchen trailers and a number of other smaller points.

GITANO NYC is now open once again in preview mode with a limited but delicious menu and we expect to roll out the full menu being created by Executive Chef and Partner Yvan Lemoine in collaboration with Noma co-founder Mads Refslund within the next two weeks.

We apologize sincerely to the guests who had reservations that were cancelled at short notice! We would like to thank our guest, friends and neighbors for their support and understanding on this magical and beautiful project that has bought a taste of the Tulum jungle the concrete jungle.

We hope to see you again very soon.