Treat Yourself To A Dim Sum Lunch This Week

A reminder that it's Grand Street Restaurant Week Monday through Sunday this week. Restaurants on the stretch of street in Williamsburg will offer inexpensive prix fixe lunches and/or dinners, with cuisine options ranging from Indian to Mexican, Russian to Italian. There are 13 restaurants participating this year, with prices ranging from $9-15 for a two-course lunch meal and $12-30 for a three-course dinner meal.

Stop by Win Son in East Williamsburg on Monday evening for a special burger pop-up featuring food from Win Son's Trigg Brown, Joint Venture's Danny Newberg and Burger Supreme's Mark Gravel. The event takes places from 7:30 p.m. to 11 p.m. with a Double Stack Burger from Gravel, a Fish Burger from Danny, and a Tartare Burger from Brown. A DJ set by Space People is also on the menu. 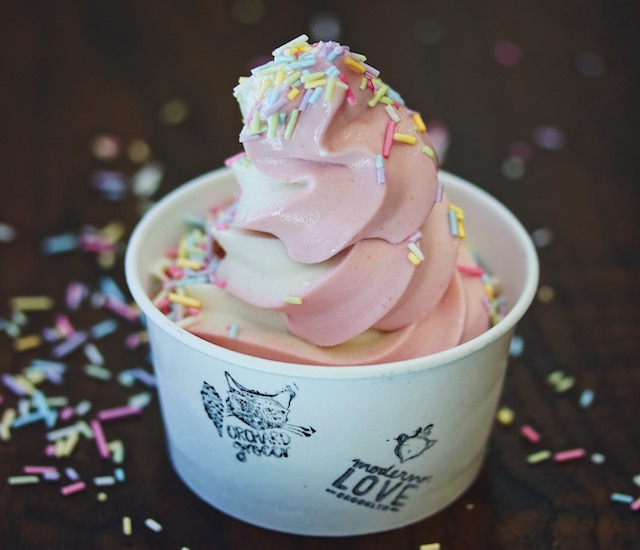 Sister vegan outlets Orchard Grocer and Modern Love Brooklyn are throwing an Ice Cream Social on Tuesday with all proceeds supporting the Ali Forney Center for LGBTQ Youth. Stop by Orchard Grocer's Lower East Side store between 6 p.m. and 8 p.m. to purchase soft serve made from cashews, olive oil and fruit in Vanilla Bean and Strawberry Fields flavors.

For those who work alternative schedules, like bartenders and servers, Butter & Scotch in Crown Heights is throwing a boozy industry brunch on Tuesday like a mid-week Sunday Funday. From noon to 3 p.m., owner Allison Kave will be making free cocktails from the Campari catalogue (which includes Appleton Estate Rum, Russell's Reserve Bourbon, Grand Marnier, Aperol, and Cynar), alongside the bar-bakery's decadent egg sandwiches served on fluffy biscuits.