State Fairs are a fantastic first stop to make after you've broken free from your nutritional prison. You can stand there, barely moving, as you wrap your lips around deep fried everythings. While staring at butter sculptures. In sweatpants. Petting the pig that will later become fried bacon on a stick. 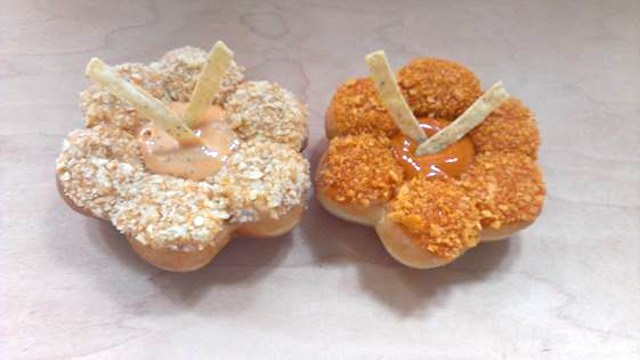 Courtesy of the NY State Fair

The Great New York State Fair is happening right now, through September 1st, at the New York State Fairground in Syracuse. What's on the menu? We're told that Tim Hortons has a chicken wing dip donuts (meat free, and pictured above), which features a duo of corn chips bathing in a pool of either buffalo or ranch dip. Fry Guy has deep fried spinach dip balls, someone created this thing, and Tikki Turtle has this cheeseburger-with-deep-fried-mac-and-cheese: 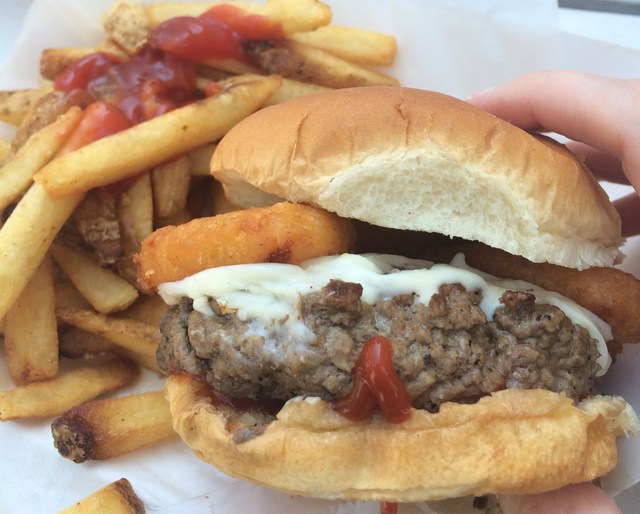 Courtesy of the NY State Fair

There's also the Turducken of desserts: a Twix stuffed Twinkie wrapped in bacon and deep fried:

"The Twinx" at the NY State Fair: A Twix stuffed Twinkie wrapped in bacon & deep fried (via @DGerowPR) pic.twitter.com/hMYX9fS5XF

For more, As Eaten on TV is doing a great job of documenting the fair's fare, which also includes a shark kebob :(

#buffalo chicken donut
#new york state fair
#state fair
#tim horton's
Do you know the scoop? Comment below or Send us a Tip