Something called a "unicorn latte" being served at a cafe in Williamsburg that's named after Montauk is almost too-good-to-be-Portlandia. Recently the NY Times piled on these already parodical facts with a wonderful headline declaring it to be healing. "A Healing Unicorn Latte," they promised.

The Unicorn Latte—called that, we were told, because "the drink is meant for you to fly high and tap into your inner mystical, powerful self"—will cost you $9 per 12 oz, and contains "E3 Live, a blue green algae" which gives it its color. It also features Wild Child cold press lemon juice, water, honey, cayenne, steamed coconut milk, and Maqui berry, which is found on evergreen trees in Chile and Argentina. The E3 is said to have energy-boosting qualities, so that's the "espresso" function of the latte.

As for the healing, it's meant to give your intestinal bacteria "a good push." A rep for the cafe explained further, noting that the E3 Live is "a potent blue green algae which decalcifies the pineal gland. Decalcifying the gland can lead to extreme mental clarity, and helps one restore health and vibrancy to the physical body." (Update: Some say heat "destroys the natural enzymes of E3 Live.")

"It's been selling like crazy, everybody comes in here asking for it. It's our top seller," barista Brandi Spiller told us on Monday. "We sold about 20 yesterday." For summer, they plan to have Iced Unicorn Lattes, though they've already served a few of them this winter upon customer request.

When asked for his tasting notes, photographer Scott Heins sent this dispatch from the cafe: "Disappointing taste and texture, sadly. It's just warm... juice? With crunchy sprinkles on top." When the Times photographed the latte, it had flowers instead; we were told toppings may vary. "We make the unicorn latte two ways at the moment, with vegan sprinkles and edible flowers. The sprinkles are 100% vegan and are naturally dyed using plant based powders, such as turmeric and beet. We have other garnishes and presentations for all of our lattes, so expect more magical things to come. We like to keep things whimsical and fun."

Other drinks being offered include the Magic Mushroom Latte, the Anxiety-Busting Hot Cocoa Latte, the Radiance Beauty Latte, Stardust Latte, Rose Petal Latte, The White Wolf Latte, Charm Water (which you have to add your own water to), and the Dopeness Latte. Did you guess which of those we made up? Trick question, they're all very real :(

Wait, there's more. The store features a jug of "Radiance Water" for customers, which is made with the company's "Glow Dust"—a mixture of tumeric, ginger, sea buckthorn and chamomile that you can also buy in dry powder form and use as a face mask. And on the shelves, you'll find items like a $110 shark tooth necklace. 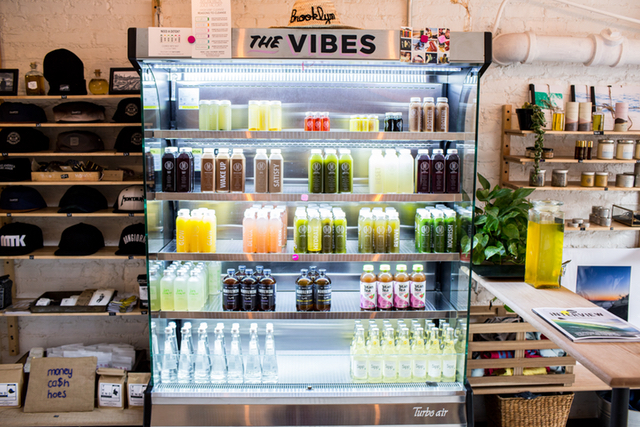 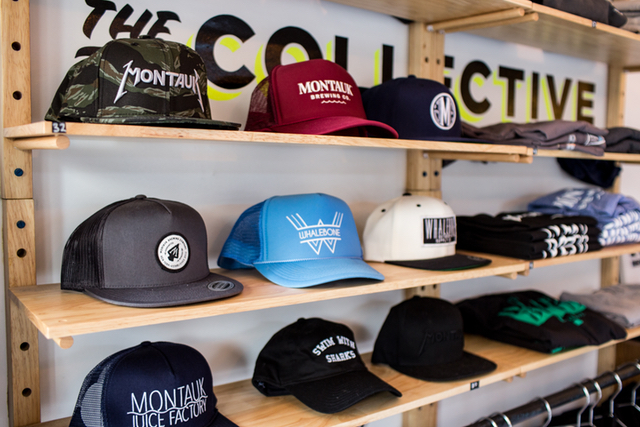 The End also sells other items, unfortunately, and yes, they are just as absurd. They've somehow managed to fold L.A.'s Moon Juice into Williamsburg's new era of insanely overpriced boutiques, and even dragged Montauk into this mess.

#the end
#unicorn latte
#williamsburg
#original
Do you know the scoop? Comment below or Send us a Tip