This Weekend: Why Sit Through Ordinary Brunch When You Can Do LAZER TAG Brunch?

Bon Chovie's swimming up from Bay Ridge for a Haunted Pirate Ship pop-up in Clinton Hill this weekend. On Saturday and Sunday, Renae Holland'll be frying up her signature anchovies ($8) along with calamari, fresh oysters, burgers and steamed lobster dinners on Saturday and Sunday from 2 p.m. to 10 p.m. at 884 Fulton Street. Tall boys of Narragansett are just $5 and Owney's Rum will be slinging some cocktails; they're also promising a prize for the best costume of the weekend.

Looking for a way to amp up your Saturday brunch? How making it about both eating and shooting your friends with lasers? This weekend, Social Drink & Food in Hell's Kitchen invites Lazer Brunch onto their rooftop terrace to transform the space into a 2,000-square-foot arena of competition. Stop by from 1 p.m. to 6 p.m. to participate in the action; there'll be a DJ on hand and participants are encouraged to dress in their finest Halloween attire. 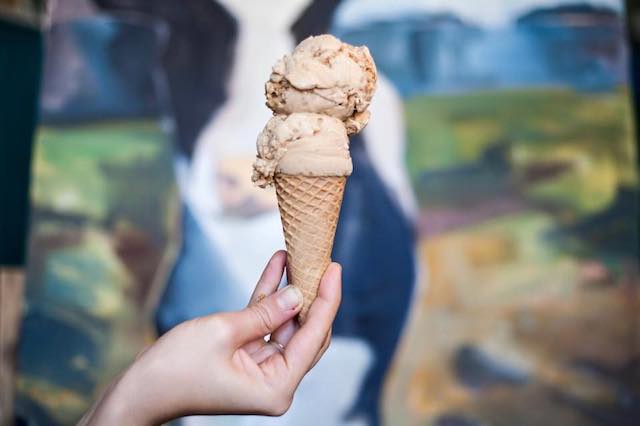 On Saturday in the Meatpacking District it's time for Harvest Fest, an artisanal market and fair in celebration of the season's bounty alongside local, inedible products. Ample Hills Creamery, Dana's Bakery, Foragers Market, Fort Gansevoort BBQ, High Street on Hudson, Sweetgreen and Untitled are a few of the participating food vendors who'll be populating Hudson River Park's 14th Street Park between 11 a.m. and 4 p.m. There's also free yoga and massage chairs on the schedule for truly relaxing into the weekend.

Learn about a lesser-told story about hot history subject Alexander Hamilton this Sunday at the Kings County Distillery. Author William Hogeland will be on hand to discuss his book The Whiskey Rebellion: George Washington, Alexander Hamilton, and the Frontier Rebels Who Challenged America's New Found Sovereignty, a fitting topic while being shown around the distillery's floor and barrel aging room.

Hogeland's book recounts the pushback regarding the tax on whiskey in the 18th century, the first time an American product had ever been subject to a federal tax. Hear the "gripping and sensational tale of violence, alcohol, and taxes" while sipping four the distilleries whiskies. Tickets $14.