This Weekend: Usher In Autumn With A Giant Oyster Festival On The Water

Oysters are extremely important in NYC, for our waterways, yes, but also for eating. Do your bit to help out at Pier A Harbor House'sOysterfest on Saturday to herald in oyster season—yes, they're a seasonal delicacy. The venue's promising 30,000 Bluepoint oysters from Long Island served on the half shell, with pints of Guinness, champagne and wine. If bivalves make you queasy, they'll have lobster rolls and swordfish tacos, too. Entrance is free from noon to 8 p.m. with food available for purchase. 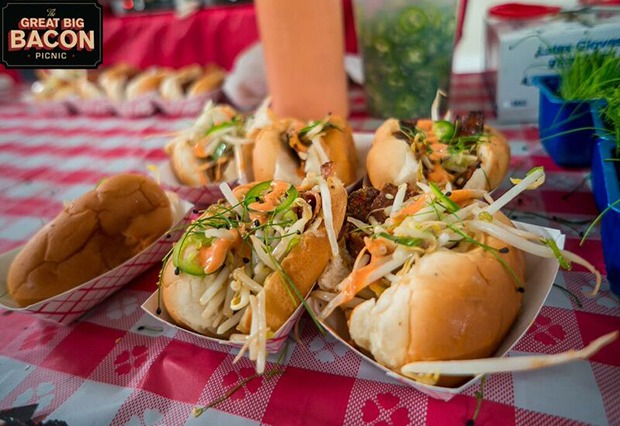 Bacon doesn't hold the same cult status it did a few years ago—it's your time to shine, poke—but it's still damn tasty and makes other foods around it taste better, too, and this weekend is bringing home the bacon big time. On Saturday and Sunday, the Great Big Bacon Picnic returns to Williamsburg, bringing unlimited bacon dishes from a dizzying spread of NYC restaurants and food-makers. The AYCE/AYCD event unfolds over three sessions, two "brunches" and one happy hour; tickets start at $79. (Disclosure: Gothamist is a media parter with this event.) 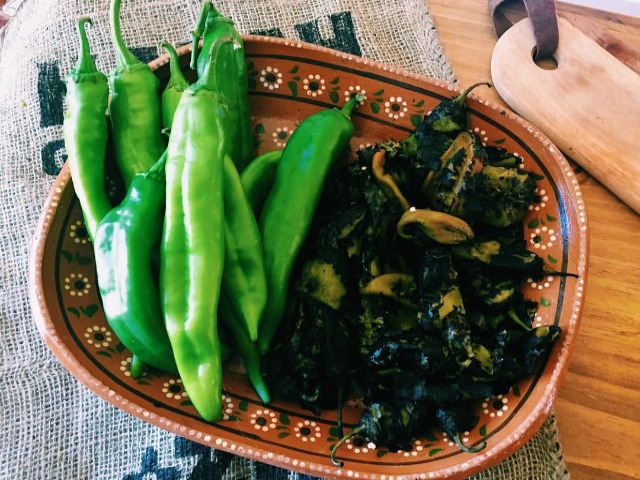 Zia Green Chile Company has been doing the lord's work in introducing New Yorkers to the power of the green chile through their Smorgasburg setup and jars of the smoky, fiery peppers for retail. On Sunday, they're teaming up with The Brooklyn Kitchen for a Hatch Chile Roast to show how the magic happens. They'll be selling bags of the freshly-roasted peppers for $8 a pound in either Big Jim (medium heat) or Sandias (high heat) varieties, and the Brooklyn Kitchen will be serving up batches of pork green chili while the fresh stuff roasts. Swing by between 1 p.m. and 5 p.m. to catch the live roasting. 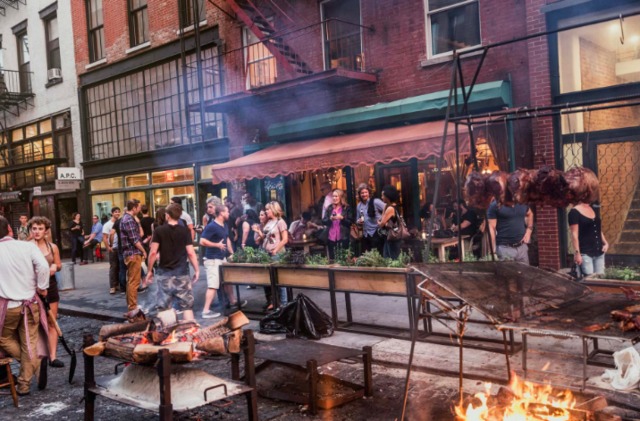 For more than 20 years, NoHo's Il Buco has ushered in autumn with a giant outdoor pig roast called Sagra del Maiale (Festival of the Pig). This year's festival is on Sunday beginning at noon, when the restaurant begins carving into a pig they've been roasting all morning, serving it rustically with the cracklings. A dinner plate ($35) includes the roast pork, a porchetta panini, pork-apple sausage, a few salads and veggies and pasta. Beer, wine, non-alcoholic beverages and dessert are also available for purchase, with all the profits from this year's event donated to the Comune di Amatrice supporting earthquake relief.