This Is The Best Restaurant In Spanish Harlem

After calling Spanish Harlem home for seven years, I'm feeling wistful about an upcoming move that will take me out of a neighborhood that has both challenged and delighted me in the years since I fled a ramshackle apartment on the Upper East Side. I won't miss the constant din of trucks barreling down 2nd Avenue, or the ripe smell of day-old fish from the seafood market on the corner, or the boots-and-pants soundtrack blasting from the restaurant-lounge across the street. What I will miss, though, is the food and the incredible people who passionately cook the amazingly eclectic cuisines represented in the neighborhood. And Cascalote Latin Bistro, I think I'll miss you most of all.

Back when I did a little food tour of my neighborhood, Cascalote had been open for several months but I hadn't stopped by yet. There are a plethora of tiny, mom-and-pop shops in the area—most serving tacos and platos fuertes in clean if somewhat barren environments—and for a while its minuscule storefront blended in with its surroundings, despite being steps from my front door. But after a fateful, "Let's take a chance" burrito delivery resulted in an unexpectedly spectacular cocoon of tender meat, flavorful fillings and outstanding fries, it was time to try the real thing. I've never looked back. 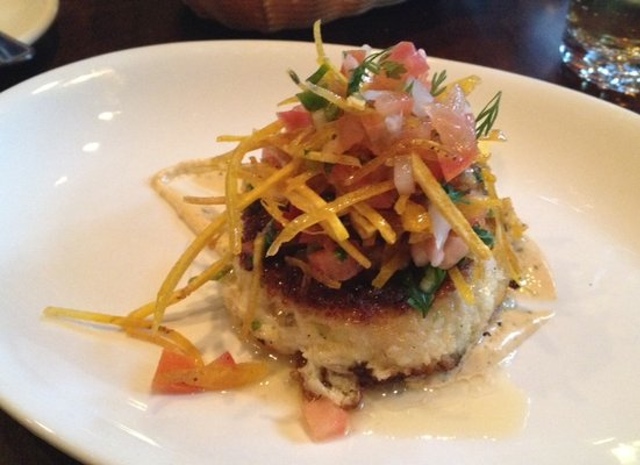 There are lots of things to love about this charming eatery, but every restaurant should be judged first and foremost by the quality of its cuisine. The magic here rests with owner and chef Julian Hoyos, who prior to opening his own place had worked as Chef de Cuisine at The Smith, followed by a nearly three year stint as Executive Chef at Jane Restaurant. At his own place, Hoyos mixes classic bistro foods including steaks and crab cakes with latin flavors, hence dishes like the excellent Chuleta A La Parrilla, a sizable pork chop flavored with jalapeno and served with sweet caramelized onions and bacon-flecked cazuela pinto beans.

There's nothing I've tried from the menu that I haven't liked, including tender and crisp De Pescado tacos with fried tilapia, pickled cabbage and cilantro aioli or the hefty Mata Cuatro, an enormous plate of Peruvian-style roasted chicken served with a king-sized assortment of sides like salchipapas (french fries with hot dog pieces—just go with it!), tostones (fried plantains), rice, beans and peppery ailio. They also do an incredible burger with chihuaua cheese, pickled jalapeno and roasted pineapple aioli; hefty burritos with all manner of fillings; and excellent, perfectly fried calamari. 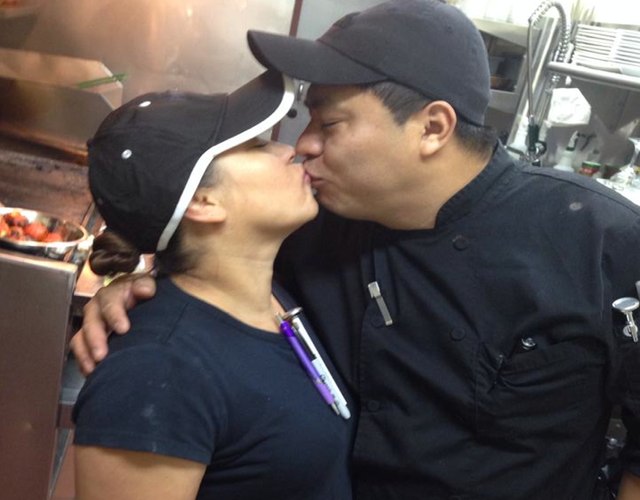 The bottom line is that a meal here feels like the best version of a home-cooked dinner that you could possibly get, thanks in no small part to the fact that it's actually run by a family. In the kitchen are Chef Hoyos and his wife, while up front, their delightful daughters take orders, charm customers and generally make everyone feel wonderful for being there. It's certainly their goal and they surpass it without making it feel put on.

It probably sounds like I'm fawning, and perhaps I am. But when something this good exists in the world and it's devoid of the insane hype and the genuflection at the altar of some celebrity chef turning tricks in NYC's food circus, I think it should be worthy of a little fan-girling; if you don't believe me, check out their online reviews. 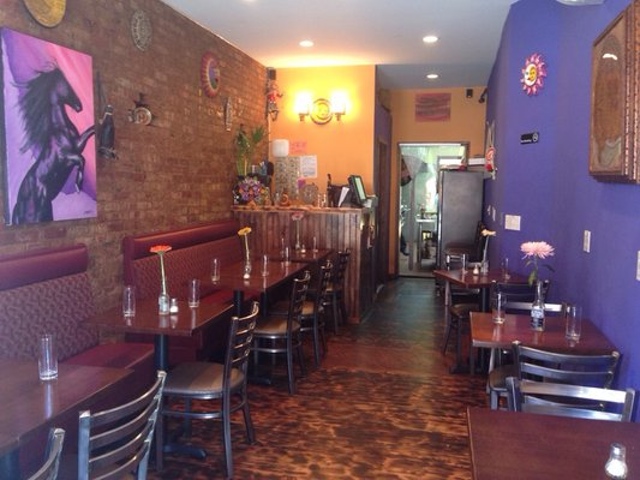 The restaurant (via Yelp)

When I move to the far away lands of my new home—I will have to cross a river!—there will be times I'll long to stop by the city's most wonderfully horrible dive bar or grab an excellent bacon pastry on my way to the subway; but I know I won't return just for those. But I will absolutely travel for the best Huevos Rancheros I've ever had and a vegetarian quesadilla that I crave all the time and the friendly faces who are always ready with a smile at the door. And you should too.

#Cascalote Latin Bistro
#julian hoyos
#spanish harlem
#original
Do you know the scoop? Comment below or Send us a Tip