There's Only ONE Blarney Stone Pub Left In NYC After Tonight

The Blarney Stone Pub on West 47th Street looks like any other Irish bar tucked into corners of the city. And that’s how it’s supposed to be, a familiar home for its patrons to feel comfortable in. But today, it’s last day in business, owner Mike Keane had more to deal with than his usual cast of characters.

Standing outside under the green awning, he greeted patron after patron. Every minute, someone walked up to him with open palms, simultaneously requesting one last hug and asking a higher power why they’re taking their bar away. There was JoJo from North Carolina, also talking in a Scottish brogue that gave gravitas to everything she said. One man in a half-open button-down shirt gave him a quick hug before he had to leave; he was still on the clock and had to get back before his break was up.

In 1952, Dan Flannigan owned the entire chain of bars, 34 Blarney Stone Pubs in all. The bars thrived, especially in the 1970s. The Blarney Stone Pub was for any blue-collar worker who needed a drink: policemen, firemen, construction workers, even WW2 vets who needed to tell their story. The city developed around them, and the bars kept moving forward. This particular Blarney Stone Pub used to be on 8th avenue, but moved to its current location thirteen years ago. Today, all of the other Blarney Stone Pubs are shut down except for one, at 11 Trinity Place downtown.

I asked Mike what happened, he talked of rent hikes, the changing city landscape, and the landlord that just wanted them out. 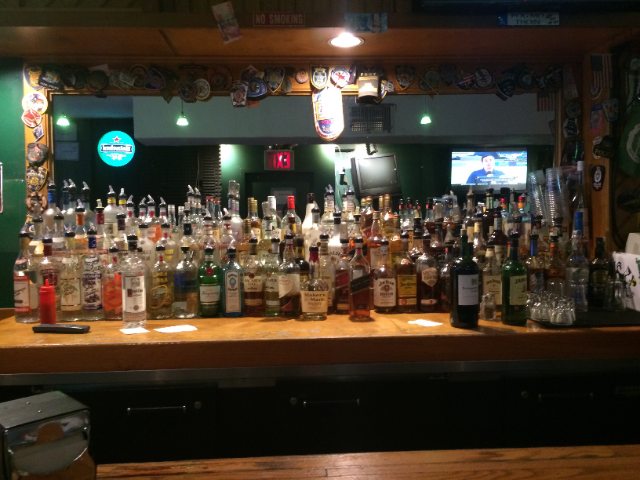 Inside, everyone was hugging each other, saying hello to someone they haven’t seen in years. Plenty of drinks were ordered and passed around. A plate of quartered corned-beef sandwiches adorned with red toothpicks lay across the bar.

Sitting at the corner of the bar, Jim D'Apollonia and a pal Jack were ready to reminisce; they were distraught to see the bar go. "This wasn’t just a bar, but a meeting place," D'Apollonia said. "In Ireland, every town has a great pub. For us, this was ours in Hell’s Kitchen."

There was the story about Tony and Maria, who wandered in a little while ago on the first day they’d ever been in New York. They’d had a great time, and now they’re back, celebrating the long life the bar enjoyed. Jack knew this place was special, a family, remarking, “This would never happen in Queens.” He quickly added he’s from Queens, and it just spoke to how close everyone was here. 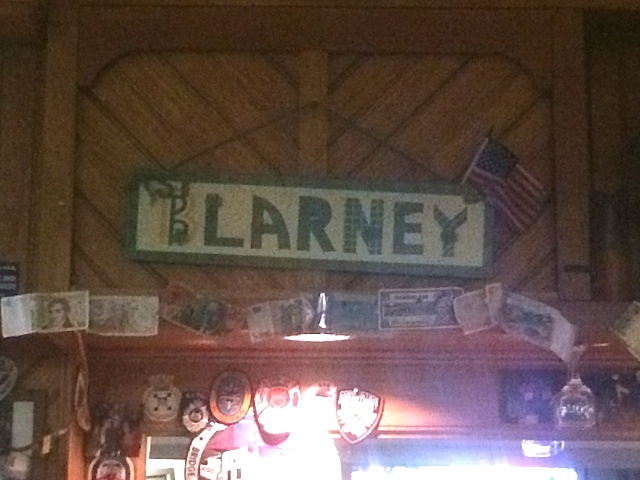 Along with being a blue-collar bar, this was also a theater bar. Stagehands and actors would come in for a drink after shows. Jim told me Phillip Seymour Hoffman came in during the rehearsals for Death of a Salesman, with the director and fellow actors.

When asked where they’d go now, the two didn’t know. Jim, with feeling in his eyes and voice, declared, “One by one by one, these neighborhood places closed down…Bloomberg decided on high rises, and the neighborhood is torn down. Nothing is sacred.”

#blarney stone
#blarney stone pub
#irish bars
#RIP
#original
Do you know the scoop? Comment below or Send us a Tip