The site of the Domino Sugar Refinery is nearly unrecognizable from the crumbling ruins that will soon be a gleaming new development on the river. In the interim before the buildings start going up, the site will be home to North Brooklyn Farm, an organic urban farm and events space in the shadows of the Williamsburg Bridge and the brick refinery building that'll be converted into commercial space for tech and creative companies.

The farm isn't actually new to the area, having set up shop across the street in an unused lot for the past few years before getting the opportunity to move closer to the water. The whole thing came together in about eight weeks, according to co-founders Ryan Watson, having been given access by landlord Two Trees on May 8th. Through Kickstarter and loans, Watson and other co-founder Henry Sweets were able to build the fully functioning farm, where they're growing arugula, okra, echinaceas, zinnias, sunflowers, nasturtiums and lots of other vegetables, flowers and other flora. 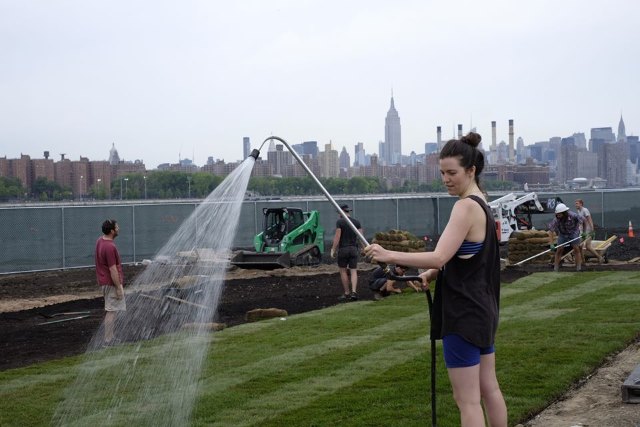 Given that the land formerly housed a factory and that it's been a construction in recent months, we asked whether the produce grown on the site will be edible. "In order to ensure that our vegetables are free of contaminants we several separation barriers between the existing ground and our farm soil, which is brought in from outside the city," Watson told us. "We also farm organically, which ensures that our vegetables are much cleaner and healthier than conventional produce you'd find at the supermarket that have been grown with toxic pesticides and fertilizers."

In light of that, the farm will host regular eating events, including the Food Karma Feasts organized by Jimmy Carbone and a Sunday Supper farm-to-table dinner series. They'll also offer yoga classes, workshops and what Watson calls "dynamic community programming," including a Harvest Carnival and other seasonal events. They'll also open the doors to the farm regularly for strolling on Tuesdays through Fridays from 11 a.m. to 8 p.m. and Saturdays and Sundays from 11 a.m. to 9 p.m. 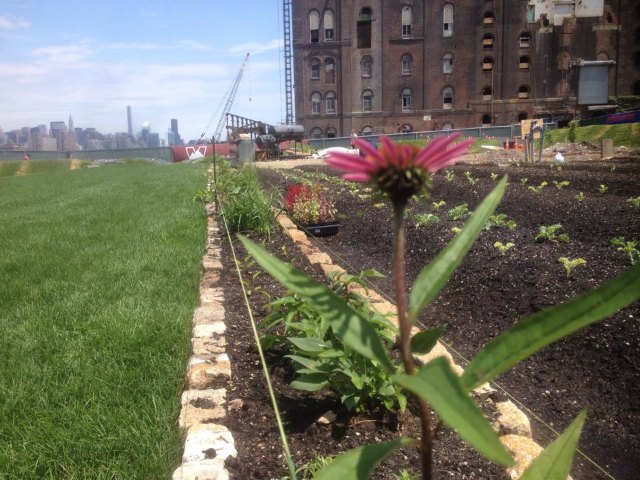