There's A Story Behind Every Sandwich At Bushwick's Hi Hello

Just a block from the Jefferson Street L stop sits Hi Hello, a darling new sandwich eatery that quietly opened in early April on Starr Street. Inside the festively pinstriped door, the proprietors—a few of whom also run Momo Sushi Shack—are serving a small menu of artisan sandwiches, each inspired by a part of co-owner Phillip Gilmour's life experiences.

"We're not trying to be too eclectic or international," Gilmour explains. "Each sandwich has a story. We like what we like and the menu reflects that."

The Jerk Chicken Sandwich ($9) comes from Gilmour's go-to meal at the Jamaican restaurant he worked at in Atlanta, while the Duck Breast Sandwich ($14) comes from a Persian dish he made for his mother, who'd spent time in Iran. "I'm obsessed with a dish called Fesenjn. It's a walnut and pomegranate molasses stew that you braise lamb, chicken or duck in. It's the best," Gilmour says. "So I've always (in my head) played around with the idea to make the walnut stew a pate." He says an artist friend, Kamrooz Aram, suggested he use duck instead of chicken or lamb. 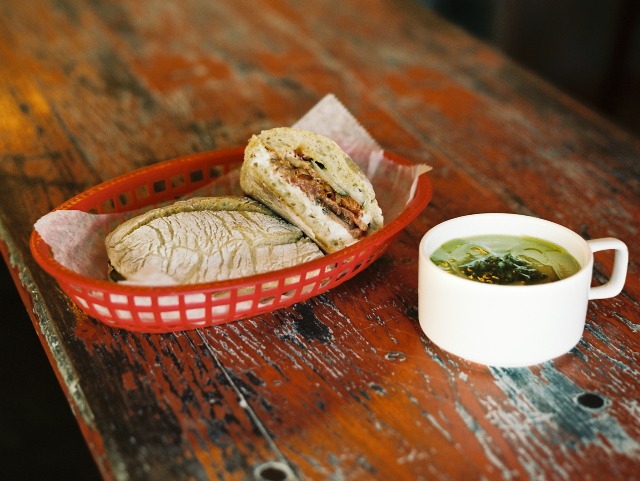 It was the Roast Beef Sandwich ($13) that caught my attention. In this one, Gilmour combines medium-rare slices of roast tenderloin with a crunchy punch of kimchi and cucumber. To bind it all together, creamy goat cheese to kick up the tang factor. The Cheeseburger's ($11) nothing to sneeze at either, especially since they're using Wagyu Beef and topping it with sharp cheddar, pickles and onions. All the sandwiches come with a side of fries, soup, salad or beet-topped tortilla espanola, which comes with a spectacular garam masala aioli.

For now, the restaurant is only open for dinner Tuesdays through Sundays, with the bar staying up until 2 a.m. each of those nights, serving cocktails ($10), craft beers and wines. In two or three weeks, Gilmour says they'll debut brunch, with a "clean and simple" menu of sandwiches. "People find brunch kinda sacred so we wanna do good standard brunch with a few surprises." One of those surprises will be Räksmörgâs, an open-faced sandwich of a Swedish persuasion made with shrimp. "Think Scandinavian continental breakfast matched with Cinnamon Toast Crunch and amazing coffee from Vittoria Coffee." 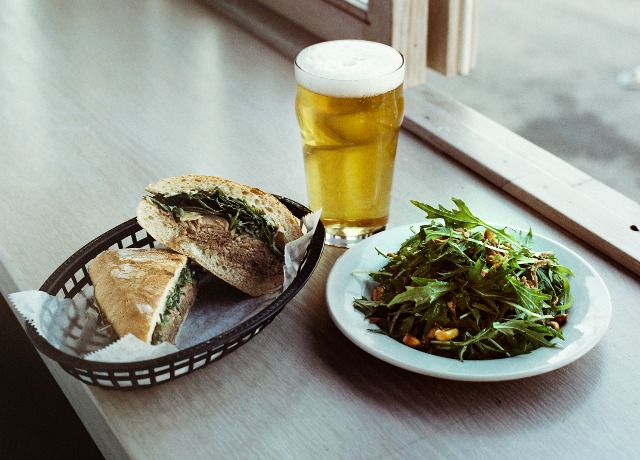 "There's a pretty big spectrum of people in Bushwick now and we wanted a space that didn't exclude anyone," Gilmour says about the restaurant's design, which purposefully eschews some of the boroughs most pervasive stereotypes. "We also were committed to kind of abandoning the recessed metal/reclaimed wood vibe. That look done properly is great but is the obvious choice and has been done and done again." There's even a small TV above the bar, a rarity in the cord cutter paradise of Western Brooklyn.

And what about that name? "I worked with a Japanese girl named Maiko who would always greet people with 'Hi! Hello!' So it's been a kind of cute greeting between some close friends and co-workers of mine for many years," reveals Gilmour. "So the name is cute and fun without being to witty or ironic...which we liked. Also we save minutes a week when we answer the phone...'hi hello...'" 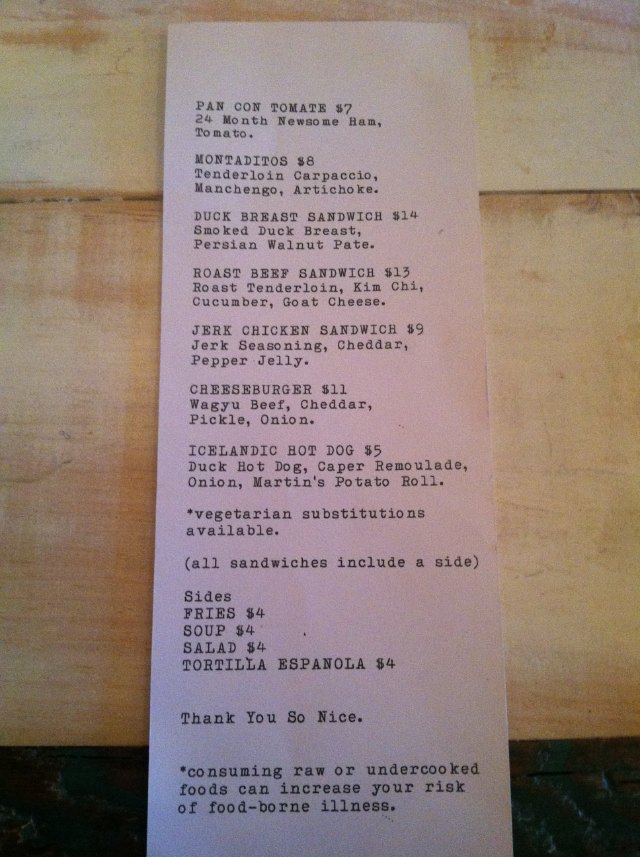 #bushwick
#hi hello
#jefftown
#new restaurant and bar radar
#sandwiches
#original
Do you know the scoop? Comment below or Send us a Tip