There's A Lot Of Fried Chicken To Eat This Week

San Francisco-based Sunday Bird pops up in Manhattan Monday evening for a joint menu between Deuki Hong and Nom Wah Tu's Jonathan Wu. The Lower East Side restaurant will host Hong for a special menu that includes a whole fried chicken in soy garlic or spicy chile plus sides ($24.95); kimchi fried rice with bacon, egg and chicharron ($9.95); or a chicken sandwich on a bao bun ($8.95). Wu's menu includes duck wings ($8.95), whole steamed porgy ($24.95, a revival of one of Wu's most popular dishes), and pan-fried chicken dumplings ($6), among other selections. Reservations are available here. 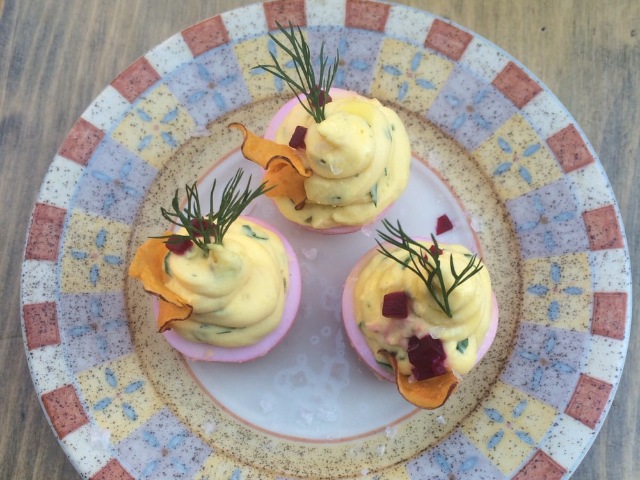 Popular Southern fried chicken spot Root & Bone's Puerto Rico location was forced to shutter in the wake of Hurricane Maria, so the NYC outpost is throwing happy hour fundraisers with a portion of proceeds benefitting staff who've been unable to work. On Mondays through Fridays from 4 p.m. to 6 p.m., head over to the Alphabet City restaurant for food specials including $2 Drunken Deviled Eggs (pictured above), $4 Chicken Biscuits with pepper jelly and pickles, and $6 Fried Chicken Drumsticks with spicy honey. Drink specials include $5 draft beers, $8 wines, and $8 cocktails made with Don Q Rum. 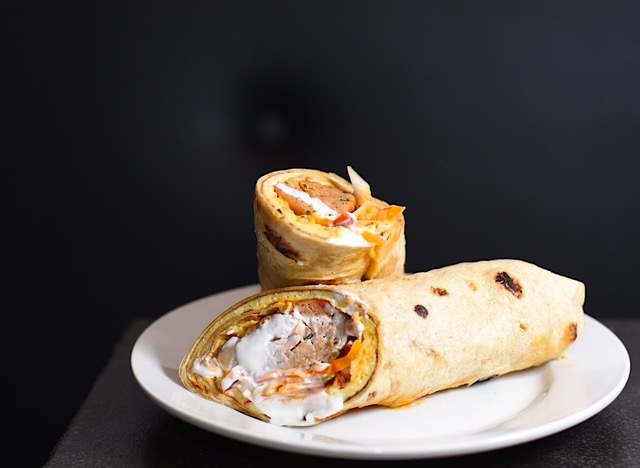 Imli Urban Indian Food has a new lunch special for UES locals and workers looking for a big lunch for not big money. Weekdays from noon til 2:30 p.m. the restaurant will serve you a six-course meal for $12.99, which includes a vegetarian starter, meat starter, a main, lentils, an accompaniment and dessert. One could also opt for a Roomali Roll (pictured above), roti bread stuffed with things like eggs ($6), beef kebab ($8), or a brunch-y pork sausage, bacon and egg ($10). 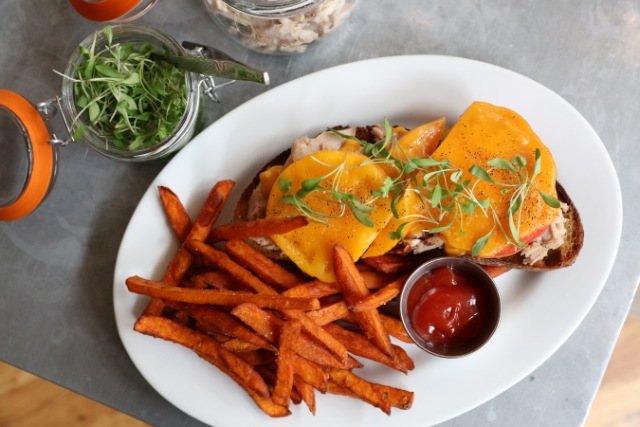 The Seamore's location in Chelsea begins their Montauk Mondays series this week, a "celebration of Montauk's local fisherman and sustainably caught, local seafood." In practice, this means a Preserved Tuna Melt ($18) on the menu every Monday, which employs the under-utilized lower tail section of the fish. It's cooked confit and served on toasted white bread with lemon aioli and cheddar cheese, with sweet potato fries or kale avocado salad on the side and $5 Montauk Brewery beers and $10 Montauk Rumrunners, if so desired. 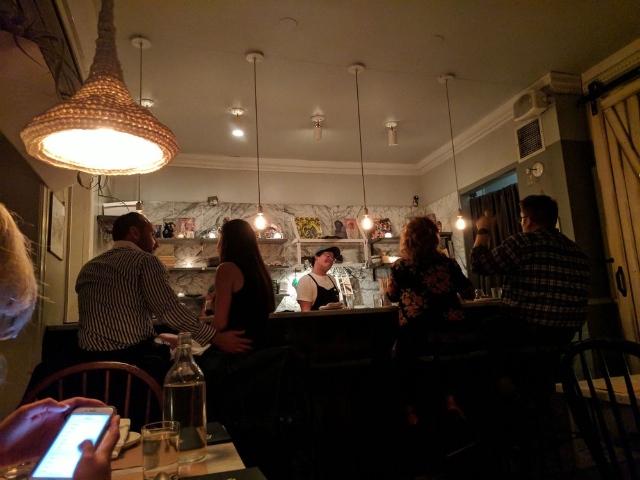 A special anniversary menu drops Wednesday at dinnertable, the intimate reverse speakeasy restaurant located behind a bar in the East Village. For the past year, Chef Ricardo Arias has been cooking in the tiny counter kitchen, and the chef has created a special menu emphasizing his signature melding of Japanese, French and Caribbean cuisines. The $60 tasting menu includes oyster aguachile with cucumber, serranos and avocado; pickled tuna on a toston tostada with spicy mayo; porchetta with pea sauce; and a poached pear with sake-mirin and manchego ice-cream. Fifty percent of a Cartoon Island cocktail proceeds will also be donated to hurricane relief in Puerto Rico, where Arias has roots.