The Times Writes the Entree's Obituary 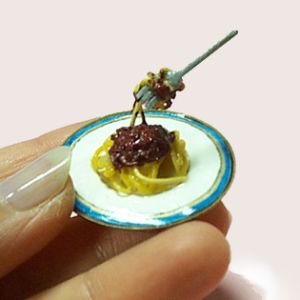 The entrée is so over, the top chefs tell us. Yesterday Times reporter Kim Severson sunk her teeth into the long decline of the entrée and the increasing dominance of side dishes and tapas at many fine restaurants. As former Gramercy Tavern chef Tom Colicchio tells her, “Eating an entrée is too many bites of one thing, and it’s boring.” Amid all the evidence of diminishing entrée options at restaurants nationwide (at Gemma, entrées are squeezed into 2.5 inches of space at the end of a 14 inch-long menu), Severson searches for a cause. Theories abound:

Frank Bruni, however, is sick and tired of being “yanked” around by the trend toward “snack-menu-small-plates-side-dishes-little-littler-littlest” menu items. In his role as a professional eater, the man dines out at least five nights a week; on those nights he’s reduced to just a few bites of all his companions’ dishes in order to fully sample the menu. When Bruni’s on the clock, a tasting menu is his a way of life, and he’s not about to let trendsetters kill the entrée size portion he looks forward to on his days off.

I often find myself craving beef one way – e.g., a big, fatty, 35-bite rib-eye – or a whole roasted chicken just for me. That’s one of my favorite night-off meals: a whole chicken, placed in a very large bowl that I hold in my lap as I lay waste to the bird… I make friends with how the chicken tastes, then get to enjoy that friendship for a good long while.

With friends like Bruni, a chicken doesn’t need enemies. And after hearing him describe how he “demolishes” baguette and jam, it seems a bib would be the perfect Christmas gift to Frankie from Santa.

#As
#blogs
#chicken
#christmas
#dining
#entree
#food
#frank bruni
#frankbruni
#friends
#gramercy tavern
#gramercytavern
#New Victorian
#people
#restaurants
#santa
#tailor
#tom colicchio
Do you know the scoop? Comment below or Send us a Tip
A new Gothamist is coming! We’ve moved comments over to our beta site. Click here to join the conversation and get a preview of our new website.