The Spotted Pig Under Investigation By NY Attorney General

The New York Attorney General's office has subpoenaed the holding company that owns The Spotted Pig, and its owner Ken Friedman, reported the NY Times. The subpoena is for any records of Friedman and celebrity chef Mario Batali, who was one of the restaurant's investors, involving sexually suggestive communications or videos, and any complaints of sexual harassment or discrimination. Including, the Times notes, "nude photos or descriptions of the attractiveness or sexual availability of employees and job applicants."

Attorney General Underwood said in a statement "The law is clear: New Yorkers are entitled to workplaces free of sexual harassment, discrimination, and intimidation. Our office will continue to use every tool at our disposal to protect New Yorkers—and if there’s culture of harassment and discrimination at a New York company, we want to know about it.”

A third floor space at the Spotted Pig was known as the "rape room," and an investigation disclosed how Friedman and Batali used their power to make unwanted sexual advances on the women who worked there. Back in May, Jamie Seet, a former manager at The Spotted Pig, said on 60 Minutes that Batali had sexually assaulted an unconscious or semi-unconscious woman. The NYPD is now investigating sexual assault allegations involving Batali. 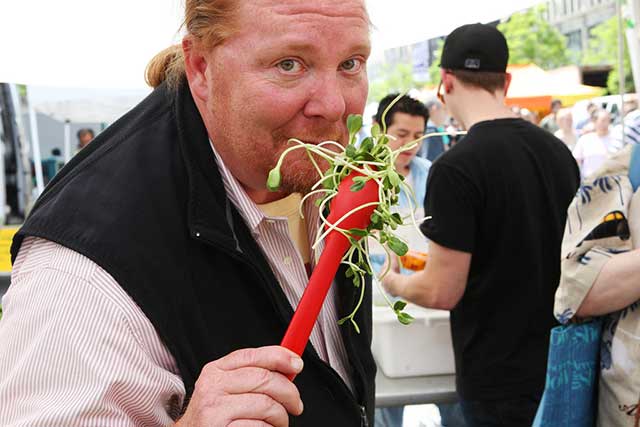 Since these and other allegations have been made public, both restaurateurs have taken big hits to their careers. Friedman split with famed chef and business partner April Bloomfield, and Batali's books and products have been pulled from the shelves of Eataly.

In May, Batali & Bastianich Hospitality Group stated that Batali would fully divest from the organization by July 1, however Grubstreet learned recently that so far, the divestment has not happened. "When asked about a new timeline, the response was that answers have been difficult to get during people’s summer vacations. Asked again about the timeline and for the reasons behind the delay, the spokesperson offered only that a deal is expected very soon and that the cause is the complex process of divesting from so many restaurants."

#food
#ken friedman
#mario batali
#metoo
#sexual harassment
#spotted pig
Do you know the scoop? Comment below or Send us a Tip